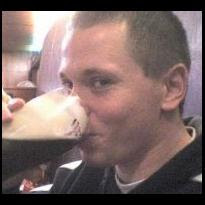 Old Edmund Standing, the Jewish Supremacist Zionist hypocrite, who is employed as 'chief sock puppet' at the Zionist Centre for Social Confusion (sorry, cohesion) is up to his usual tricks.

Here he states he wants neo-nazi records to be investigated by the police for 'racism' which are sold in minimal amounts to a tiny number of people in the UK but old edmund 'low' standing has not issued any complaints to the police for the anti-white racism and calls for murder in rap records on sale in HMV and Virgin Records in our high streets to millions of people every year.

Yes, Edmund, you are total hypocrite but at least your making a few pieces of silver out of it.


Rap Records on sale in the UK here ;

"a fight, a ni*ga and a white, if the ni*ga don't win, then we all jump in" (Onyx, Getto Mentalitee)

"Niggas in the church say: kill whitey all night long. . . . the white man is the devil. . . . the CRIPS and Bloods are soldiers I'm recruiting with no dispute; drive-by shooting on this white genetic mutant. . . . let's go and kill some rednecks. . . . Menace Clan ain't afraid. . . . I got the .380; the homies think I'm crazy because I shot a white baby; I said; I said; I said: kill whitey all night long. . . . a nigga dumping on your white ass; fuck this rap shit, nigga, I'm gonna blast. . . . I beat a white boy to the motherfucking ground";
"Kill Whitey"; --Menace Clan, Da Hood, 1995, Rap-A-Lot Records, Noo Trybe Records, subsidiaries of what was called Thorn EMI and now is called The EMI Group, United Kingdom.

"Devils fear this brand new shit. . . . I bleed them next time I see them. . . . I prey on these devils. . . . look what it has come to; who you gonna run to when we get to mobbing. . . . filling his body up with lead, yah; cracker in my way; slitting, slit his throat; watch his body shake; watch his body shake; that's how we do it in the motherfucking [San Francisco] Bay. . . . Sitting on the dock of the dirty with my AK";
"Heat-featuring Jet and Spice1"; --Paris, Unleashed, 1998, Unleashed Records, Whirling Records.

"These devils make me sick; I love to fill them full of holes; kill them all in the daytime, broad motherfucking daylight; 12 o'clock, grab the Glock; why wait for night"; "Sweatin Bullets";
--Brand Nubian, Everything Is Everything, 1994, Elektra Entertainment, Warner Communications, Time Warner, USA.

"To all my Universal Soldier's: stay at attention while I strategize an invasion; the mission be assassination, snipers hitting Caucasians with semi-automatic shots heard around the world; my plot is to control the globe and hold the world hostage. . . . see, I got a war plan more deadlier than Hitler. . . . lyrical specialist, underworld terrorist. . . . keep the unity thick like mud. . . . I pulling out gats , launching deadly attacks";
--"Blood for Blood"; Killarmy, Silent Weapons for Quiet Wars, 1997, Wu-Tang Records, Priority Records, The EMI Group, United Kingdom.

"Lead to the head of you devils";
"Lick Dem Muthaphuckas-Remix"; --Brand Nubian, Everything Is Everything, 1994, Elektra Entertainment, Warner Communications, Time Warner, USA.

"This will all be over in '99, so, niggas, give devils the crime; gonna be more devils dying"; --"No Surrender";
Bone Thugs-N-Harmony, Creepin on ah Come Up, 1994, Ruthless Records, Epic Records, Sony Music Entertainment, Sony, Japan.

"Won't be satisfied until the devils-I see them all dead. . . . my brother is sending me more guns from down South. . . . pale face. . . . it's all about brothers rising up, wising up, sizing up our situation. . . . you be fucking with my turf when you be fucking with my race; now face your maker and take your last breath; the time is half-past death. . . . it's the Armageddon. . . . go into the garage; find that old camouflage. . . . cracker-shooting nightly";
--"What the Fuck"; Brand Nubian, Everything Is Everything, 1994, Elektra Entertainment, Warner Communications, Time Warner, USA.

"Like my niggas from South Central Los Angeles they found that they couldn't handle us; Bloods, CRIPS, on the same squad, with the Essays up, and nigga, it's time to rob and mob and break the white man off something lovely";
--"The Day the Niggaz Took Over"; Dr Dre, The Chronic, 1993, Interscope Records, under Time Warner in 1993.

"Bust a Glock; devils get shot. . . . when God give the word me herd like the buffalo through the neighborhood; watch me blast. . . . I'm killing more crackers than Bosnia-Herzegovina, each and everyday. . . . don't bust until you see the whites of his eyes, the whites of his skin. . . . Louis Farrakhan . . . Bloods and CRIPS, and little old me, and we all getting ready for the enemy";
-- "Enemy"; Ice Cube, Lethal Injection, 1993, Priority Records, Thorn EMI; now called The EMI Group, United Kingdom.

"Devil, to gangbanging there's a positive side and the positive side is this-sooner than later the brothers will come to Islam, and they will be the soldiers for the war; what war, you ask; Armageddon; ha, ha, ha, ha, ha";
"Armageddon"; -- RBX, The RBX Files, 1995, Premeditated Records, Warner Brother Records, Time Warner, USA.

"Get them devil-made guns and leave them demons bleeding; give them back whips, and just feed them bullets";
--"Wicked Ways"; Sunz of Man, One Million Strong: The Album, 1995, Mergela Records, Solar/Hines Co., Prolific Records.

"It's time to send the devil to the essence. . . this is a must because there ain't no reform or trust; you got a Glock and you see a devil, bust... . they'll be calling us the trigger men, the nappy-knotty red-beard devil-assassin; Lord make a law; at midnight I'll be bashing. . . . field niggas [are] locked in until 2005";
--"Field Nigguhz in a Huddle"; Professor Griff, Blood of the Prophet; 1998, Lethal Records, Mercury Records, PolyGram, Phillips' Electronics NV, Netherlands. PolyGram merged with Universal Music Group in 1998, the parent being The Seagram Company of Canada, owned by Edgar Bronfman.

"He preys on old white ladies [who] drive the Mercedes with the windows cracked. . . . you should've heard the bitch screaming. . . . sticking guns in crackers' mouths. . . . the cops can't stop it. . . . remember 4-29-92, come on; Florence and Normandy coming to a corner near you, cracker; we've been through your area, mass hysteria; led by your motherfucking Menace Clan";
--"Mad Nigga"; Menace Clan, Da Hood, 1995, Rap-A-Lot Records, Noo Trybe Records, Time Warner, USA.

"Rhymes is rugged like burnt buildings in Harlem; the Ol Dirty Bastard. . . . I'm also militant. . . . snatching devils up by the hair, then cut his head off";
--"Cuttin Headz"; Ol Dirty Bastard, Return of the 36 Chambers: the Dirty Version; 1995, Elektra Entertainment, Time Warner, USA.

"Listen to this black visionary, bringing war like a revolutionary. . . . go on a killing spree, putting devils out their misery; hearing screams, sounds of agony; my hostility takes over me. . . . camouflaged ninjas avenging";
--"Under Seige"; Killarmy, Silent Weapons for Quiet Wars, 1997, Wu-Tang Records, Priority Records, The EMI Group, United Kingdom.

"Dropping verses, casting curses, throwing these hexes on the devils. . . . respect to Farrakhan, but I'm the jungle-don, the new guerrilla, top-ranked honky killer. . . . what do blacks do; they just keep on blowing devils away. . . . evil fucking cracker. . . . I'm tightening up the laces to my steel-toed boots, so I can walk, stomp; we stomp this devil down in the park";
--"Planet of da Apes"; Da Lench Mob, Planet of da Apes, 1994, Priority Records, Thorn EMI; now called The EMI Group, United Kingdom.

"We're having thoughts of overthrowing the government. . . . the brothers and sisters threw their fists in the air. . . . it's open season on crackers, you know; the morgue will be full of Caucasian John Doe's. . . . I make the Riot shit look like a fairy tale. . . . oh my god, Allah, have mercy; I'm killing them devils because they're not worthy to walk the earth with the original black man; they must be forgetting; it's time for Armageddon, and I won't rest until they're all dead";
--"Goin Bananas"; Da Lench Mob, Planet of da Apes, 1994, Priority Records, Thorn EMI; now called The EMI Group, United Kingdom.

"Swinging out of the trees, is the blood-spilling, devil-killing, nappy-headed g.'s. . . . blacks and Mexicans must take a stand. . . . I'm down with Chico, and not with the man";
--"Set the Shit Straight"; Da Lench Mob, Planet of da Apes, 1994, Priority Records, Thorn EMI; now called The EMI Group, United Kingdom.

"Deal with the devil with my motherfucking steel. . . . white man is something I tried to study, but I got my hands bloody, yeah. . . . I met Farrakhan and had dinner";
--"When Will They Shoot"; Ice Cube, The Predator, 1992, Priority Records, Thorn EMI; now called The EMI Group, United Kingdom.

"I pledge allegiance to only the black. . . . black, you had best prepare for the coming of war. . . . look at you devil; now you're sweating; I'm telling you: you can't run from the hand of Armageddon. . . . he eats his pig-steak rare so he can taste the blood";
--"No Time"; RBX, The RBX Files, 1995, Premeditated Records, Warner Brother Records, Time Warner, USA.

"Killing devils [and] scatter they ashes over the sea of Mediterranean . . . . open your eyes to the revolution. . . . unite with the black coalition";
--"Wake Up"; Killarmy, Silent Weapons for Quiet Wars, 1997, Wu-Tang Records, Priority Records, The EMI Group, United Kingdom.

"My own kind blind, brain-trained on the devil-level. . . . chasing down loot, Dole or Newt, who do you shoot. . . . rough stuff to the babies, spread like rabies";
--"Niggativity . . . Do I Dare Disturb the Universe"; Chuck D, Autobiography of MistaChuck, 1996, Mercury Records, PolyGram, Phillips' Electronics NV, Netherlands. PolyGram merged within Universal Music Group in 1998, the parent being The Seagram Company, Canada.

Posted by Defender of Liberty at 10:33

He is a stupid, smug and excorable little C***. Nobody took any notice of his idiotic 'On line Fascist Network' drivel. I don't think the Muslims like him very much either!

You might find some intresting stuff in the links.

"T.JONES: “What is the biggest misconception of you, Lord Jamar, or Brand Nubian as a whole?”
LORD JAMAR: “That we hate white people. Some people think we hate white people as a whole and that we are homophobic or something like that. It’s those 2 things right there. We had a problem with G.L.A.A.D. for ‘Punks Jump Up To Get Beat Down’. When we were writing that song, we weren’t thinking of it as an anti-gay song. When we said the word ‘faggot’, we were saying it in a street way. It’s like if you are around any person you have a problem with, whether they are a heterosexual or not, you are going to call them a ‘faggot’ or a ‘bitch’. It doesn’t mean that that person is an actual female dog or an actual homosexual. You just call them a ‘faggot’ because that is a derogatory name. We used the word ‘faggot’ in a couple of songs a couple of times. Even though we did say ‘Don’t understand their ways, and I ain’t down with gays’, that is different than telling people to go beat up homosexuals. ‘Punks Jump Up To Get Beat Down’ was against people who come against us.”"

Oh thats all right then - can I call blacks 'yo my niggers' then if I say it in a 'street' way as an greeting ?