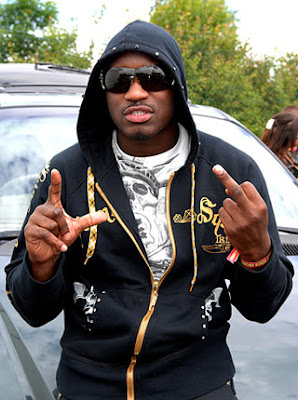 Lethal Bizzle (or Awful Drivel as I call him) has made death threats against Nick Griffin and incited people to kill Nick on his Twitter page.

Dont worry though 'Awful' as I have a screen shot of the page here ;

And a copy has been sent to the Met Police with a formal legal complaint under section 45 of The Serious Crime Act 2007 ;


Section 45 creates the crime of:

* Doing an act capable of encouraging or assisting the commission of an offence; and
* Believing that:
o The offence will be committed; and
o His act will encourage or assist its commission.

64 (1) The Serious Organised Crime and Police Act 2005 is amended as follows.

"(4) A person who is guilty of an offence under section 44 or 45 of the Serious Crime Act 2007 in relation to which an offence mentioned in subsection (1), (2) or (3) is the anticipated offence (as defined by section 47(9) of that Act) is liable on summary conviction to imprisonment for a term not exceeding 51 weeks, to a fine not exceeding level 4 on the standard scale or to both.


Oh dear 'Awful', it looks like you is in da shit man.