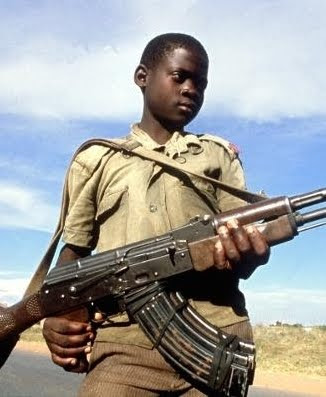 How about teaching these kids the important things like 1 + 1 = 2 and those esoteric things such as spelling, grammar and British History instead of this infantile Globalism ' one world, one race' propaganda crap.

The second story reveals the legacy of this trendy leftist and liberal teaching = white kids failing in schools.

School links between the UK and the developing world can leave children with “racist” views of other cultures, research has found.

British pupils believe that their peers there are covered in flies and all wear straw skirts as lessons focus too much on poverty, the study said.

Academics warned that badly trained teachers in subjects such as geography were fuelling “neocolonialist” views.

Growing numbers of state schools have formed partnerships around the world under government schemes to promote global education.

The pupils said: “They don't wear much clothes, they wear straw. The boys wear skirts too.”

Dr Fran Martin, from Exeter University, who led the study, said: “There needs to be a different way of thinking to avoid partnerships having these neocolonialist or racist undertones.”


White British schoolboys from working-class families are falling behind their classmates at a greater rate than previously thought, Government figures showed today.

Less than a fifth (19%) of those eligible for free school meals - an indicator of poverty - achieved at least five grade Cs at GCSE, including English and maths.

In comparison, more than half (50.8%) of white British boys not entitled to the meals attained the marks, including the two core subjects - a gap of 31.8 percentage points.

The Department for Children, Schools and Families (DCSF) announced the revised figures after adding 5,700 results omitted from the original study of 579,000 pupils.

Provisional statistics, published in December and withdrawn last month, had suggested 19.4% of boys were achieving the standard, compared with 51% of those who do not receive the meals.

The new figures showed the gap had widened slightly, with poorer pupils behind their richer classmates overall.

They showed 26.6% of all pupils entitled to the meals got five A*-C grades, including English and maths, compared with 54.2% of those who do not.

Provisional figures had placed the total at 26.9% and 54.4% respectively.

For white British girls, 24% of those entitled to the meals achieved the grades, compared with 57.8% of those not.

The study showed 54.4% of girls got five A*-C grades, including English and maths, compared with 47.1% of boys.

Posted by Defender of Liberty at 11:47

It's really very simple to understand, the Political elites, the Lefties, want dumbed down serfs to rule over, hence mass immigration and the deliberate dumbing down of western educations standards.

At the same time, they inject our kids with mercury, this is going on throughout the western world.

If you look into this subject lee you can see what is going on, it is undeniable, they are actually using neurotoxins on our kids to dumb down the proletariat.
What is the first thing Commies go after, the inteligentsia.

This is why we have mass third world immigration too.

they want dumbed down slave workers to rule over, not thinkers.

They tell us we need these workers yet since 1970 abortion clinics have spring up in every town, 7.2 million they have sliced up since 1970, there is our workforce gone.

Time to stop being put on the back foot over the racism lies.
We all know its simply a manipulative slur to stop our natural reaction to defend our homeland.
They use it quite a lot, like how we should pay our carbon taxes to save the baby polar bears.
They are wiping us out and deliberately poisoning our children.

Saying some faith or other was a wicked faith pales into insignificance.

These people are deranged monsters beyond the comprehension of most people.

They actually sit round desks and decide this stuff as a way of attaining control over humanity.

is that lee barnes from hoo it's jamie stewart