The Face Of The Liberal Future 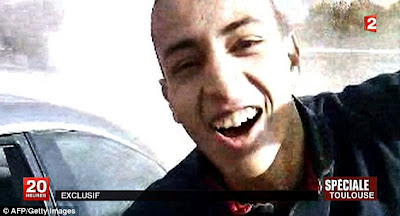 Image - the face of the filth that we will have to deal with in the future.

So the French Islamist killer is dead.

But dont be fooled. This is just the start of the war to come.

There are tens of thousands of scum like the French killer Islamist terrorist out in our nations.

They are the evil that Liberaloism brought upon us.

There is no hiding from them now.

They are amongst us and sooner or later they must be rooted out and extirpated.


It would stop the Islamist attacks dead if we wrapped his corpse in a pig skin and buried it in a pit of pig slurry.

But the liberals would never do that, so instead we will see more of these attacks as the Islamists grow stronger and we grow weaker as the liberal poisoning of society takes effect.

Posted by Defender of Liberty at 09:05