The Tram Woman = what it really means 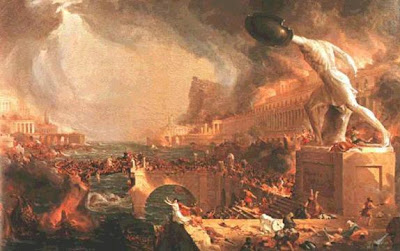 You can smell the rank stench of fear all over the media and spilling out from shit filled latrines of the left.

They know that the words of the woman on the tram, though put in a way that may offend the dog whiners of the liberal elite, are views that the majority of the white working class agree with but dare not articulate in public.

The masses have learnt to 'speak through a flower' and only to say what they are expected to say when they are out in public, but amongst themselves and in private - most of them agree with what she and many others have said.

The ony reason why more white working class people are not saying the same thing on every train is because they know the liberal fascist pig police are waiting to pounce on them to gain their promotions and pig merit badges from their liberal fascist paymasters.

The real people of our country know that the spinless liberal grasses will go running straight away to piggy to squeal them up at the first opportunity.

Look at the leftist drones on Lancaster Unity, they are queueing up to lick the arsehole of the woman who grassed her up to the police.

Its like watching a horde of slaves kiss the feet of their master.

Fools like that are beyond contempt, for they are not even human anymore - they are mere functionaries and cogs with the faces of semi-men and semi-women.

They serve the machine that enslaves them.

The rest of the real people that are left in our country - they are silent at the moment, but they are seething.

The anger and hate of the masses is like the energy built up before a massive earthquake, seemingly quiescent on the surface but beneath the thin crust of their shallow tolerance there are chthionic forces at play that are about to erupt.

I have no respect for this so called 'democracy' we live in.

Its a whorehouse for idiot puppets whose strings are pulled by zionists, media slaves and globalists.

Let the whole stinking shit pile collapse in on itself and take down every pig, politician and whore with it that serves the system.

The so called 'democratic system' has metamorphisised into The Big Brother State from Orwells 1984 - with its latest Group Hate being ' The Youtube racists / Emmanuel Goldsteins ' who are filmed by little liberal pig rats who then went squealing to the daddy pigs in the police and media to vomit their betrayal to their their masters.

No wonder the comments sections of the newspapers that are running the story are turned off - they know what the public really would say if given the chance and hence they censor us all.

The other newspapers that run the story remove / censor every comment that doesnt fit the preprogrammed 'reflexive narrative' that the media want the public to embrace like mindless lemmings on the march to the nearest cliff.

Stalin took power with lickspittles like these 'haters of free speech', they are agents and engines of every totalitarian ideology man has imposed upon mankind.

They are informers - the grasses - the whining dogs - the abasers and the pig fuckers - those who are devoid of any sense of self except as a minion, a slave, an acolyte or a myrmidon of a dictator / police state / corporation / system.

If they are the British people of the future, grasses and pig adorers, then they deserve to go down the drain with the system as well.

The Soft Totalitarianism of the liberal democratic system, that enforces its power via censorship, criminalisation of opinion and thought crimes is the most pathetic totalitarianism of all time - I just hope it is the end of the system itself, the last wipe of its asshole from those in power.

What we need is Logic.

The cold, hard ruthless logic of a surgeon faced with a cancer that is eating away the healthy tissue of a dying organism.

We dont need Haters who think that the response to the system should be simply Hate or violence - No, we need the logical engineers of a National revolution - those who will carefully, ruthlessly and remorselesly extirpate and destroy the system itself and all those agents of the machine who abase themselves before the system.

I dont mean with violence.

I mean with logic.

The last thing the system wants is people who can out think it.

The system relies on meaningless repitition and stupidity - it wants the masses to march, demonstrate, agitate, seek political solutions or to use violence against the black body armour clad, truncheon wiedling, skull cracking pig armies it can field in our streets.

No, violence is what the system feeds on - the more violence directed at it, the more powerful it becomes.

What we need to do is simply organise amongst ourselves to create communities for ourselves where we can be free amongst our own people.

Nationalists have wasted generations seeking to out politicise the system - and thereby have done exactly what the system wanted them to do. They ghettoised themselves within the gulag of the political system itself.

Its time to break out of the gulag.

The system will fall anyway sooner or later.

There is no need to seek to push it over or to accelerate its collapse.

Just as Rome once fell, so will this New Babylon.

And when it does, only then do we let slip the dark angels of justice and retribution upon all those that served it.

Are you saying Britain has its own Rosa Parkes? lmfao!! Classic.

There have been 3 such 'incidents' in the space of a week, the cynic in me sees this as a brow-beating exercise to villify anyone expressing an opinion on race and immigration.

The public nature of the airing of these incidents will deter many from making similar comments in future, from a govenment point of view - JOB DONE!

This next vid though takes the biscuit, a gobby black woman abuses and makes threats to a white woman, yet claims the moral high ground by bringing race into it...

This bitch sums up everything that is wrong with this country...