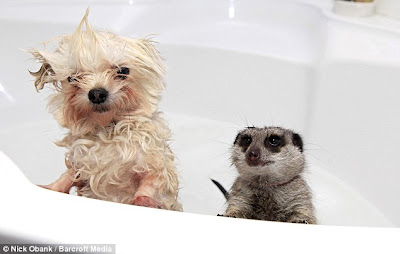 Image - photograph of two of the new candidates for The National Peoples Party announced by Corsham Crudasers dog called Hitler.

After doing research on the shifty looking dog on the right, it was revealed that the candidate was not in fact a dog but a meerkat who had infiltrated the party.

The candidate was therefore racially impure and expelled from the party. The other candidate, Tickles, on the left is now undertaking a nation wide Woofing tour to drum up support for the party amongst dog communities across the country. 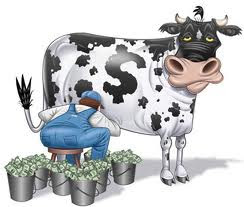 
With a fanfare of sycophancy and idiotic propaganda that would make Joseph Goebbels blush, the British Resistance site has announced the formation of The National Peoples Party - the latest scam from Jim 'The Dairy Maid' Dowson.

With its 20 branches, one of which is run by Corsham Crusaders dog Hitler, the party is booming !

So far CC's dog Hitler has recruited a terrier, a poodle and a rottweiler to join the local branch and are hoping to stand a Great Dane for election next year.

Posted by Defender of Liberty at 02:36

What about rock hard keybored warrior bullshit Josef Bolinski and his introverted freaks from his bum lick room lololol.

fantastic post, and you have the rip off merchant Dowson off to a tee. The man is a crank and Mr Morris aka the Green Arrow is a fool for being pulled in twice by anti nationalist scammers.

Dowson the plastic terrorist, really is a creep.

hilarious Lee, they really are a bunch of con men.

You are not really helping

will unmark your blog from the bookmarks

At present, Britain First are taking funds away from the state backed BNP, so they are doing some good.

All Dowson cared about what milking BNP members of their cash, he done great out of it. Now he must be laughing trying to do it again.The man is a parasite, but what makes it more gut churning is the Paul morris groveling hero worship of this money making scam

This is well worth a listening to and passing around.

Brian Gerrish on The Bridgend Suicides

Did we the British public know that our current Prime Minister was instrumental in the loss of three illegal nuclear weapons?