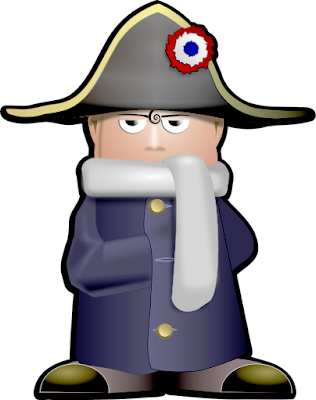 From the endless twaddle we are forced to read on the internet peddled by Andrew Brons supporters, it appears that the Centre For Democratic Nationalism was set up to be a cross party / non-aligned / non-factionalist / open forum for all nationalists to work together for the benefit of the nationalist movement.

If that is true then perhaps Andrew Brons can explain why the comments I left on the BNP Ideas site have been deleted and not put up by Arthur Kemp ?

Any organisation with the involvement of Arthur Kemp in it will be used as a mechanism for the agrandisement and glorification of ....well, Arthur Kemp of course.

Which in effect makes the Centre For Democratic Nationalism a complete and total waste of time.

It appears that the Kemp / Brons alliance is merely a perpetuation of the factionalism of the BNP.

What makes me laugh most about the BNP Ideas site and the articles on it is the way they constantly attack the British Freedom Party on it by allowing people to comment and abuse the party.

I am no longer a member of the British Freedom Party.

I have nothing more to do with it in any way.

So therefore I no longer have to keep certain facts confidential.

Last summer Peter Mullins got a phone call from one of Andrew Brons staff in his EU office - I forget their name but this can be clarified by Peter Mullins himself.

Anyway - Peter got a phone call from someone who works for Andrew Brons and is a senior member of the Brons camp.

Peter was asked if he would be willing to allow Andrew Brons to take over the British Freedom Party as its Chairman - but that Arthur Kemp had demanded as part of the deal that I and Simon Bennett were removed fom our posts.

The proposal was that Peter Mullins would stand down as Chairman and remain on the AC and Andrew Brons would take over as Chairman with Arthur Kemp and others from the Brons camp sitting on the AC of the party.

Peter told them to piss off.

Yet it appears that the BNP Ideas site now wants to allow a constant barrage of abuse against the British Freedom Party on its site - when just a few months ago they wanted to take over and run the party !

These are the people that are involved in BNP Ideas - a cabal of venal little Napoleons and martinets who are more interested in Ego Nationalism than British Nationalism.

The censorship of my comments was pathetic - I will post on this site in the next few days the future strategy and tactics that Nationalism needs to undertake to grow and gain support in the future.

This strategy is based on three factors ;

3) Discourse Dominance via the Social Media


The last thing Nationalism needs is another decade of martinets motivated by ego thinking that politics and political parties, or in the case of the BNP another political cult, is needed to save our people.

What the idiots that have run nationalism for the last thirty years havent realised is that politics and political parties are a waste of time unless we have created a nationalist consciousness in individuals and within our communities that will allow them to vote for a political party that seeks to give them representation as a community.

Unless our people are nationalised, then they wont vote for nationalist parties.

The three struggles above must precede the political struggle.

The censorship by Kemp of my comments and the abuse of the British Freedom Party on the BNP Ideas site proves that the cabal running the BNP Ideas group are nothing more than the usual collection of egotists who dont care about nationalism, for they regard nationalism as a vanity project of self glorification instead of the vehicle for our racial, ethnic and cultural survival as a people.

Kemp does the same to me mate and the vicious hate filled wannabe has removed spero's videos through copy write reporting also.

What is a nice thought is that one day he will have to face the people he currently show's contempt for in the shadow's. lets us remember well and watch him squirm, because that day will come. There is absolutely no doubt and the more he show's his contempt for the individuals he hates, the more likely that he will face them and will be made a fool of.

Its a real small World.

I think any Zionist movement deserves scorn, and British Freedom is now run by a super-zionist kipper.

I have a super plan comrade, ill give you a call tomorrow ;o#)

Lee,
Will you be publishing your Nationalist strategy in detail on your blog?