America and the Mass Animals 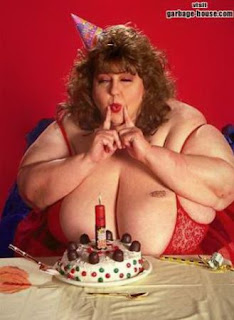 It is high time that the white American public began to realise just how conned they have been by the so called Melting Pot that is American society. Whilst Barack Obama is fetishised by the white liberal media and promoted ceaselessly as a ‘unity‘ candidate it has become apparent that there is no racial ‘unity’ in America and that race is an issue for all sides in the election. None more so than for blacks.

For decades white American idiots have been sucking up the Oprah Winfrey ‘lets all be one race’ crap like Labour MP’s in Parliament have been snorting up lines of coke in the toilets. Yet as soon as she could manage Oprah dumped all the ‘unity’ crap rhetoric she had been venting for years and voted black, just because she was black and Obama is half black, though with a black skin to make him black enough to vote for. Oprah has made hundreds of millions of dollars suckering gullible white lemmings with her ‘lets all be one’ bullshit and then as soon as a black comes along, she votes black.

So much for unity.

Yet whilst blacks have retained their sense of racial unity, whites have been taught that THEIR race does not matter and that it is racist for them to think it does. But the same rule does not apply to blacks.

Blacks still think, act and vote as a Black Block.

It is race and gender that are the central dynamics at play in this election, not politics and policies.

This election is confirmation that not only is multi-culturalism a myth in America, but that it will always be a myth. As long as black and white skins cover hominid skeletons then race and racism between all the races will exist. Blacks will always see whites as whites, and whites will always see blacks as blacks. Even the mixed race children of the mixed race relationships will always be either black or white depending on the tone of the melanin genes they inherit. Their has never been, and their never will be, a melting pot.

The true measure of a society is not what is portrayed in the movies or the media but what goes on in the prisons. Prisons are the true reflection of any society, free from the illusions generated by the press. In American prisons the central dynamic is race. If you are white then you then you hang around with other white prisoners and you join a white prison gang. If you don’t then you become a target for the blacks, Mexicans and other ethnic gangs in the prison system. In prisons your skin is your uniform. Though you may have been raised watching the Cosby show, listening to rap, loving Oprah and high fiving your black hommies in the hood - none of that matters if you are white. As soon as you enter the penal system then you become white or black even if you have spent your entire life being grey.

There are in America White Blocks and Black Blocks.

The existence of the Black Block in American elections is proof that America is not a melting pot. A few degenerate white liberal journalists who are ’tourists’ into the ’black experience’ and who promote their vacuous views as somehow ‘mainstream’ are not representative of America. They exist in an artificial liberal, cultural bubble that is about as real as the ‘reality’ of America portrayed in American sitcoms and movies. Their bullshit is about as real as an episode of Star Trek.

America is no longer a society, it is an illusion pimped out on plasma screens TV’s for useless fat assholes to digest as they choke on their supersize burgers and giant size bottles of coca cola. The average American, like the average Briton, German, Irish etc is a Mass Animal. Raised with the TV on at all times, sent to schools where politically correct crap is pumped into their brains and saturated by media bullshit their entire lives they do not develop into individuals, instead they become ciphers. America no longer produces individuals, it produces consumers. It spawns endless generations of mass animals whose destiny is to spawn ever more mass animals.

The greatness of America was that in that vast land, the great individual could claim a great destiny for themselves. Now America no longer produces individuals. It produces consumers. In order to be someone the average American must become no-one. Their individuality must be replaced with commodity fetishism where they must wear the right brand of trainer, the right make of T-shirt and listen to the right music. Even rebellion is manufactured for them. If you want to rebel you can always be a plastic hippie, some arsehole that says ’man’ a lot and who thinks listening to Jimi Hendrix is somehow radical. Even the anti-war protests are just an embarrassing re-run of the 1960’s. Watching white, bespectacled New York lesbians in tie dyed dresses waving placards with ’Give Peace A Chance’ on them is about as pathetic as one could get.

America has become a caricature of itself. It swaggers around the world with its six guns blazing whilst preaching a creedo of Hollywood political correctness. Love each other man or we will drop a daisy cutter on you. Tolerance enforced by tanks on street corners, love promoted with hate for the South, diversity guaranteed with hate crime laws, banning the Confederate flag whilst legalising mass abortions. So much for freedom.

Like all melting pots it is always those that are at the bottom that feel the heat and get burnt whilst the scum always rise to the top.

If you want a true vision of the Mass Animal that is modern America then it is not the statue of liberty.

It is a fat, drunken, diseased slut with an STD that dresses like a teenager in a too tight t-shirt, dirty denim mini skirt and white plastic high heels and then passes out drunk in front of the TV surrounded by empty TV dinners.
Posted by Defender of Liberty at 03:35

Regarding racial strife in American prisons, the incidence of Black on White rape is so bad that Human Rights watch have a 378 page report on it Male Rape in U.S. Prisons. An extract follows from the section Predators and Victims

... Past studies have documented the prevalence of black on white sexual aggression in prison.(213) These findings are further confirmed by Human Rights Watch's own research. Overall, our correspondence and interviews with white, black, and Hispanic inmates convince us that white inmates are disproportionately targeted for abuse.(214) Although many whites reported being raped by white inmates, black on white abuse appears to be more common. To a much lesser extent, non-Hispanic whites also reported being victimized by Hispanic inmates.

Other than sexual abuse of white inmates by African Americans, and, less frequently, Hispanics, interracial and interethnic sexual abuse appears to be much less common than sexual abuse committed by persons of one race or ethnicity against members of that same group. In other words, African Americans typically face sexual abuse at the hands of other African Americans, and Hispanics at the hands of other Hispanics. Some inmates told Human Rights Watch that this pattern reflected an inmate rule, one that was strictly enforced: "only a black can turn out [rape] a black, and only a chicano can turn out a chicano."(215) Breaking this rule by sexually abusing someone of another race or ethnicity, with the exception of a white inmate, could lead to racial or ethnic unrest, as other members of the victim's group would retaliate against the perpetrator's group. A Texas inmate explained, for example: "The Mexicans--indeed all latinos, nobody outside their race can 'check' one without permission from the town that, that person is from. If a black dude were to check a mexican w/out such permission & the mexican stays down & fights back, a riot will take place."(216)

The causes of black on white sexual abuse in prison have been much analyzed. Some commentators have attributed it to the norms of a violent black subculture, the result of social conditioning that encourages aggressiveness and the use of force.(217) Others have viewed it as a form of revenge for white dominance of blacks in outside society.(218) Viewing rape as a hate crime rather than one primarily motivated by sexual urges, they believe that sexually abused white inmates are essentially convenient surrogates for whites generally. Elaborating on this theory, one commentator surmised that "[i]n raping a white inmate, the black aggressor may in some measure be assaulting the white guard on the catwalk."(219)

Some inmates, both black and white, told Human Rights Watch that whites were generally perceived as weaker and thus more vulnerable to sexual abuse. An African American prisoner, describing the situation of incarcerated whites, said:

When individuals come to prison, they know that the first thing that they will have to do is fight. Now there are individuals that are from a certain race that the majority of them are not physically equip to fight. So they are the majority that are force to engage in sexual acts.(220)

Another African American inmate, while generally agreeing with the idea of whites as easy victims, gave a more politically-oriented explanation for the problem of black on white sexual abuse:

Before I continue, let me explain that I consider myself to be speaking from mainly a black perspective. The reason I say that is not to be racist, but to emphasize that on the main, blacks, whites, hispanics, etc. . . . have a different outlook on prison rape from a convict viewpoint. Most [blacks] feel that the legal system is fundamentally racist and officers are the most visible symbol of a corrupt institution & with good reason . . . . [B]lacks know whites often associate crime with black people. They see themselves as being used as scapegoats . . . . So is it any wonder that when a white man comes to prison, that blacks see him as a target. Stereotypes are prevalent amongst blacks also that cause bad thinking. The belief that all or most white men are effete or gay is very prevalent, & that whites are cowards who have to have 5 or 6 more to take down one dude . . . . Whites are prey and even a punk will be supported if he beats up a white dude. ...

i have been to the USA many times and no whites will talk about the race issue but its there for all to see, self segregation and deliberate separate culture from music to names to black only magazines.

the racial harmony that the states tries to portray is bullshit. its a figment of their immiagination, and as you pointed out its the whites this time who have been victimised and devided.

and this shit of a goverment thought they would mimick the american model!

well they thought it would be different as the ethnics emigrating here were largely not directly slaves in the UK.

they were clearly wrong, the less intelligent perpetual victim culture blacks always need support in a white society and this creats problems all the while they are here.

society gets drags down both financially and socially.

the only answer the liberals have is to breed out the whites into a muddy less capable race.