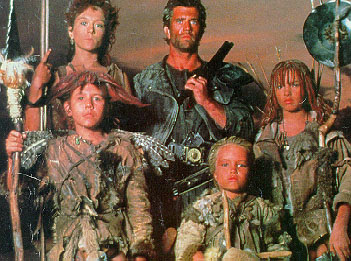 The news that Gordon Brown has given the go ahead to a new generation of nuclear power reactors is meaningless.

It will not solve the future peak oil, energy crisis, eco-conflict and national energy security issues that will afflict the UK in the future.

Nuclear power is a transition phase solution - it is not THE solution.

Nuclear power can only work if it is a technological stop gap, a back up energy production system that will work as we manufacture, install and bring on line a Green Energy national renewable energy system that produces all our national energy demands.

Along with nuclear we must invest billions in coal and create a whole new egneration of coal mines and the internal infrastructure such as new rail lines to move this coal around the country.

Unless Brown puts in place the funding now, and it will cost hundreds of billions of pounds about the price of two Northern Rock banks, then we face a dark future.

A nation that cannot produce enough energy to satisfy all its national demand is an energy slave to other nations.

We are now dependent upon foreign energy to satisfy our national energy demands.

Middle East oil and Russian gas supplies supply an ever increasing percentage of our national energy demands. At the same time the money these energy corporations are
making is leading to the takeover of our national economic systems.

The money we pay for oil is then used to buy strategic interests in the UK - docks, ports, airports, energy companies, water companies, supermarkets, military companies.

The more we allow foreign corporations and investors to buy up British industries, the less secure we are as a nation.

There are certain sectors of all nations internal infrastructures that must remain under total national control or in the hands of British companies operating under the aegis of the government policies based on national self sufficency ;

Airports, docks, ports etc - we must be able to control totally who and what enters and leaves our nation.

All those below the age of forty are the Flick Switch Generation.

They have been brought up to flick a power switch and the lights come on, the heat go up and the kettle to boil.

They sit their in their front rooms before the internet, DVD player, I pod, mobile phones, play stations, Wii's and nintendos and suck up power like no other generation in history.

The rise of all of human civilisations is determined by, and the true mark of their cultural level discovered, is when we look at their ability to unlock and release energy from their enviornments and use it for their technologies.

So much energy is spent into doing so little, just sitting on our arses we absorb more energy in a day than 99 % of human beings in the past used in their entire lifetimes.

People are still alive today who remember the predominant transportation system in London was once the horse and cart, people who remember an era before cars, phones, computers.

The basis of this advance in human civilisations has been due to unlocking energy and the vision of men like Charles Merz who saw how to exploit that energy.

In less than a century we may be back to that level of social complexity unless the Green Energy Revolution is begun and the 100% national renewable energy system and local energy webs are put in place.

The alternative is total slavery to Arab oil, Russian gas or corporate fascism.

The end result of the latter is eventual eco-conflict leading to resource wars and the slow collapse of nations into civil war and anarchy.
Posted by Defender of Liberty at 05:37

... Few people, it seems, are thinking about the wider applications of nuclear power, and in particular, the revolutionary technology in developing high temperature electrolysis, turning water into hydrogen ... This can be used to power vehicles, with BMW already producing a production model.

In conventional terms, nuclear power is considered appropriate for generating the "base load", with the peak load being supplied by more flexible and responsible generation equipment. But one alternative could be to provide peak load through nuclear, shedding capacity when needed by switching to hydrogen production in off-peak hours.

The real problem with this, however, is not the technology. For the Greens, widespread use of hydrogen to power vehicles is their ultimate nightmare. With no emissions other than water vapour, these vehicles would completely undermine their attempts to restrict the use of private transport, increasingly justified on the grounds that this is necessary to combat "climate change". [emphasis added] ...