Peak Oil and the Media 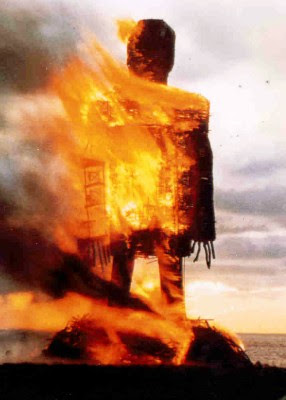 An interesting article in the Times concerning the issue of Peak Oil and its looming threat.

Doom-laden forecasts that world oil supplies are poised to fall off the edge of a cliff are wide of the mark, according to leading oil industry experts who gave warning that human factors, not geology, will drive the oil market.

A landmark study of more than 800 oilfields by Cambridge Energy Research Associates (Cera) has concluded that rates of decline are only 4.5 per cent a year, almost half the rate previously believed, leading the consultancy to conclude that oil output will continue to rise over the next decade.

Peter Jackson, the report's author, said: “We will be able to grow supply to well over 100million barrels per day by 2017.” Current world oil output is in the region of 85million barrels a day.

The optimistic view of the world's oil resource was also given support by BP's chief economist, Peter Davies, who dismissed theories of “Peak Oil” as fallacious. Instead, he gave warning that world oil production would peak as demand weakened, because of political constraints, including taxation and government efforts to reduce greenhouse gas emissions. "

Yet again this article reveals how issues as important as Peak Oil should not be left to journalists to discuss. Most journalists are just gullible muppets, they are sent by their editors to a conference, scribble a few notes and then return to write the story. Their editor then tweaks it so that it fits the newspapers political stance (in that it agrees with their sponsored political party that they propagandise) and then the story is printed.

The facts are rarely printed.

Fact 2 ) There are in fact 5 peaks in the Peak Oil scenario, not just one.

A) The Peak Oil physical peak when the amount of oil consumed finally passes the half way point.

B) The Environmental Peak when the effect of decades of oil production and usage causes irreversible climate change that causes long term problems for the global eco-sphere.

C) The Economic Peak when the era of cheap oil ends and the debt based global petro-dollar recycling system collapses. Modern consumerism is based on cheap credit and cheap oil and the moment that the production costs of getting the oil, refining it and supplying it rises then that cost has to be passed on to the users of that oil. This price rise impacts at all points in the commodity production process at the same time as the consumer is themselves having to spend more money on energy costs both directly and indirectly. Consumerism is itself a product of the oil and energy exchange process and will be the first victim of Peak Oil.

D) The Political Peak is when nation states will no longer accept their servile status as dependents on imported oil and energy. The political peak is about ensuring national energy security, it is linked to the corporate takeover of nation states via middle eastern banks and Russian oligarchs who are buying up strategic sectors of our national infrastructure (docks, ports, banks, industries, water companies etc), and it concerns the awareness of the issue of future eco-conflicts and the oil wars such as Iraq and Afghanistan.

E) Peak Food which is the point when oil prices impact on food production costs and when the amount of food production dependent on oil can no longer supply all those that demand food.

Each of these five peaks are all related to the Peak Oil issue.

Though the point when more than half the amount of oil used may be imminent, the other peaks are all imminent as well.

Climate change is increasing, energy bills are rising in the UK, the issue of energy security has become pressing due to the conflicts with Russia just as we are becoming dependent upon imported energy and Russian gas and oil supplies to fill the increasing energy gap and the number of people who are angry at the 'War For Oil' in Iraq is rising.

Oil demand is rising. An article in the Financial Times in June 2007 stated that ;

The report estimated that world oil stocks could drop by 1m-1.5m barrels a day in the third quarter, which it said “would push forward stock cover down towards the low levels seen when prices accelerated higher in 2004. That is, by itself, a concern.”

The world population is rising and their expectations are rising. They all wants cars, air conditioning and DVD players and plasma televisions. They also demand more food. More people means more demands for food, fuel, energy, plastics and food – all highly dependent on oil. In the ten years from 2002 to 2012, the world population is expected to rise from 6.23 billion to 6.96 billion, an extra 12% to be fed, supplied and energised. Along with population, the other factor is the increasing use of oil in developing countries – countries which, up to now, had been contributing little to consumption.

The oil price has just reached an all time peak of $100 dollars a barrel.

The media are political in that they will only publicise problems the political parties they support think they can solve.

At the moment the media are seeking to undermine and trivialise the issue of Peak Oil as they know that the political parties they each support and propagandise ( The Times the Tories, The Guardian the Labour Party, the Independent the Lib Dems etc ) will not, and cannot , offer any long term solution to the problem.

The solution is simply Environmental Nationalism, the creation of a nation state predicated on the basis of sustainable national self sufficiency in energy, food, industry and economics.

The only party that offers that solution is the BNP.
Posted by Defender of Liberty at 01:34

There's an index to some very interesting articles here:

Keep up the good work Lee.

I agree that global climate change is not a result of man made factors, but LOCAL CLIMATE CHANGE and environmental devastation that is a result of oil use is the deforestation of the rainforests for bio-fuels, the increase of land use for roads, the pollution from cars such as particulates, road deaths from cars, the waste of resources to build cars and infrastructure for cars etc

whilst we are being lied too about GLOBAl CLIMATE CHANGE, THE REAL PROBLEM IS LOCAL ENVIRONMENTAL CHANGES destroying our national and local environemnts.

Problem with your theory is that it assumes man has never changed his local environment. But he has, throughout history, on ever-increasing scales so local environment change is nothing new.

As for road deaths - well that isn't really an issue either. There is risk associated with life and if we found cleaner fuels then there is no way we'd give up the car or any other form of dangerous transport. The freedoms and benefits simply out-weigh the risks.

The real problem is over-population. It is "The Tragedy of the Commons" (google for more info, there is some good stuff on this on the web), a factor causing the west to become a dumping ground for third world excessive populations. And ever-increasing populations means ever-increasing change to local environments too.

And George, there is no need to shout! I can understand this issue perfectly well without being shouted at :-)

Anthropogenic Climate Change is not happening. Man simply cannot change the climate, "man has as much impact on climate as a fart in a hurricane" quote from a scientist in the first article in the index I provided. The earth and its climate are following expected natural patterns. Its ever-increasing population however is not and is going against nature.

I concur to your assertions.

Thanks for your replies and I look forward to your next essay.

I think this is a really fascinating topic and it'd be great if you could base said essay on solutions to over-population. I have no idea how it can be controlled, other than war, which paradoxically I believe will be the end result anyway! Both civil and global as competition for limited resources increases on both scales.

The so-called three main parties will never tackle the problem of over population either at home or on a global scale as their big business backers require an ever increasing population as both cheap labour and mass consumers.