Globalism = the death of the middle class 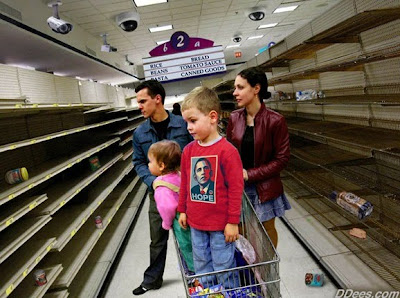 The aim of Globalism is not to help the poor of the developing world, it is to make the rich in the West even richer.

The left wing and liberal mugs that think Globalism is about helping the developing poor are fools.

The rise in the foreign aid budget in Britain is paid by the British state to the poor of the developing world and hence is taken from the poorest of the British people.

The British state takes taxes paid by British people to give to foreign nations as aid, whilst the incomes of the poorest people in Britain drops and the rich in Britain grow richer.

At the same time the rich in Britain grow richer as they dodge paying their taxes with coporate tax avoidance schemes.

Globalism is a scheme to make the rich richer and the poor poorer.

At the same time the morons in the middle classes are voting for the same political parties that are throwing them and their children into unemployment and poverty.

Never in human history have so many fucking idiots voted for their own impoverishment.

Now the middle class simply vote for their own extinction.


The 22 statistics that you are about to read prove beyond a shadow of a doubt that the middle class is being systematically wiped out of existence in America.

The rich are getting richer and the poor are getting poorer at a staggering rate. Once upon a time, the United States had the largest and most prosperous middle class in the history of the world, but now that is changing at a blinding pace.

So why are we witnessing such fundamental changes? Well, the globalism and "free trade" that our politicians and business leaders insisted would be so good for us have had some rather nasty side effects. It turns out that they didn't tell us that the "global economy" would mean that middle class American workers would eventually have to directly compete for jobs with people on the other side of the world where there is no minimum wage and very few regulations. The big global corporations have greatly benefited by exploiting third world labor pools over the last several decades, but middle class American workers have increasingly found things to be very tough.

The reality is that no matter how smart, how strong, how educated or how hard working American workers are, they just cannot compete with people who are desperate to put in 10 to 12 hour days at less than a dollar an hour on the other side of the world. After all, what corporation in their right mind is going to pay an American worker ten times more (plus benefits) to do the same job? The world is fundamentally changing. Wealth and power are rapidly becoming concentrated at the top and the big global corporations are making massive amounts of money. Meanwhile, the American middle class is being systematically wiped out of existence as U.S. workers are slowly being merged into the new "global" labor pool.

What do most Americans have to offer in the marketplace other than their labor? Not much. The truth is that most Americans are absolutely dependent on someone else giving them a job. But today, U.S. workers are "less attractive" than ever. Compared to the rest of the world, American workers are extremely expensive, and the government keeps passing more rules and regulations seemingly on a monthly basis that makes it even more difficult to conduct business in the United States.

So corporations are moving operations out of the U.S. at breathtaking speed. Since the U.S. government does not penalize them for doing so, there really is no incentive for them to stay.

What has developed is a situation where the people at the top are doing quite well, while most Americans are finding it increasingly difficult to make it. There are now about 6 unemployed Americans for every new job opening in the United States, and the number of "chronically unemployed" is absolutely soaring. There simply are not nearly enough jobs for everyone.

Many of those who are able to get jobs are finding that they are making less money than they used to. In fact, an increasingly large percentage of Americans are working at low wage retail and service jobs.

But you can't raise a family on what you make flipping burgers at McDonald's or on what you bring in from greeting customers down at the local Wal-Mart.

The truth is that the middle class in America is dying -- and once it is gone it will be incredibly difficult to rebuild.


83 percent of all U.S. stocks are in the hands of 1 percent of the people.

36 percent of Americans say that they don't contribute anything to retirement savings.

A staggering 43 percent of Americans have less than $10,000 saved up for retirement.

24% of American workers say that they have postponed their planned retirement age in the past year.

Over 1.4 million Americans filed for personal bankruptcy in 2009, which represented a 32 percent increase over 2008.


Only the top 5 percent of U.S. households have earned enough additional income to match the rise in housing costs since 1975.

For the first time in U.S. history, banks own a greater share of residential housing net worth in the United States than all individual Americans put together.

Source: Federal Reserve Board via endoftheamericandream.com

As of 2007, the bottom 80 percent of American households held about 7% of the liquid financial assets.

The bottom 50 percent of income earners in the United States now collectively own less than 1 percent of the nation’s wealth.

Average Wall Street bonuses for 2009 were up 17 percent when compared with 2008.

In the United States, the average federal worker now earns 60% MORE than the average worker in the private sector.

The top 1% of U.S. households own nearly twice as much of America's corporate wealth as they did just 15 years ago.

In America today, the average time needed to find a job has risen to a record 35.2 weeks.

More than 40% of Americans who actually are employed are now working in service jobs, which are often very low paying.

Despite the financial crisis, the number of millionaires in the United States rose a whopping 16 percent to 7.8 million in 2009.

Approximately 21 percent of all children in the United States are living below the poverty line in 2010 - the highest rate in 20 years.

The top 10% of Americans now earn around 50% of our national income.