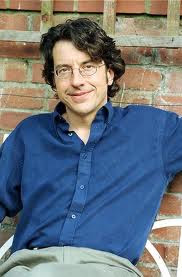 Just watching George Monbiot on the debate on Channel 4 about the 'Green Reformation' about how the Green Movement is moving from a quasi-Marxist tool of the global capitalist elite into a science based ideology.

This below is my favourite all time newspaper article attacking me personally.

Its the one where George Monbiot tries to have me arrested and prosecuted for 'inciting racial hatred against foreign crayfish'.

How British nationalists got their claws into my crayfish

What demons we unleash in our sleep! On Wednesday I posted up a photo guide to catching the red signal crayfish, an introduced species from the US which is trashing the aquatic ecosystem and killing our indigenous crayfish. By catching as many as you can, you can help to control this invasive species, while getting a great meal for nothing.

Innocent enough you might think. Well it was until it got picked up by the British National party.

I think you can probably guess how this story pans out, but here's the BNP's legal officer, Lee John Barnes, in his own words:

But theres a phrase of his [George Monbiot] that I believe should be the motto of the Eco-Xenophobes everywhere. I intend to use it more and when I do I will accredit it to George Monbiot; DEATH TO THE USURPERS !

Subtle, isn't it? Without necessarily contravening the laws on incitement to racial hatred (and we can expect the BNP's legal officer to know just where the line is drawn), Mr Barnes appears to be comparing the American red signal crayfish to human immigrants, whom he apparently wishes to put to death. "I'm saying nothing governor" means: you know exactly what I'm saying, but if you do your worst I can't be held responsible.

Barnes is not the first person to make an analogy between invasive species and immigrants, though these days it is seldom spelt out in such stark terms. The analogy suggests that people from other parts of the world belong to a different, non-human species. Perhaps he's been watching District 9, where the alien asylum seekers do look a bit like crayfish.

Unlike Mr Barnes, I don't know exactly where the line is drawn, but is it possible that he has not been quite as clever as he thinks he is? Is there a legal-minded person out there who can offer some advice?

Posted by Defender of Liberty at 15:27

I don't think you were inciting or implying racial hatred.

I read your comments as implying that illegal immigrants are delicious.

As indeed are Crayfish

Moon-fruit (Manbot) is a pseudo-intellectual twat.

Why should the Homo Sapiens species be exempt from the laws of bioloigy: that being why is that Moon-fruit "believes" sub-species of Homo Sapiens cannot be classified as "invasive" upon other sub-species? A true biologist would know this is completely credible, however Moon-fruit is not a real biologist, he is a Marxist masquerading as a scientist in order to advance the sick agenda of Collectivism.

DEATH TO THE USURPERS!

What cracks me up more than his pathetic shit article is that the photograph is credited to himself. LMFAO. What a complete gormless twat.

Oh dear, hold on, how do I set the self-timer?

*thinks* come on Manbot get in nonchalant pose, you know like pretending I am superior.

*thinks* how does my full head of lush hair look? That fucking just for men is shit!

*think* finger up my arse

Weird isn't it, moonbat and his ilk will fight for the rights of British indigenous crayfish and other aquatic sea and river life but won't give a toss about indigenous British folk who are being ethnically cleansed in certain parts of the UK, think Tower Hamlets.

And the Moonbats of the west so sure of themselves in their ivory towers and so so liberal and bragging of freespeech, but once you go against their soft fascist ideology then their free speech turns into totalitarianism and they call for mass arrests and using the full force of the law to shut us up.

George the Moonbat needs to understand what happens to usefull idiots who serve the Global Communist agenda to destroy the West, they usually are first up against the wall.

Israel and the Red Army