The Sphinx and Gobekli Tepe 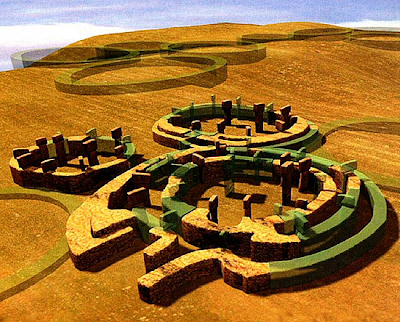 
Makes reference to the discovery of a Sphinx image at Gobekli Tepe in Turkey ;

" "Look at this", he said, pointing at a photo of an exquisitely carved sculpture showing an animal, half-human, half-lion. "It's a sphinx, thousands of years before Egypt. South-eastern Turkey, northern Syria - this region saw the wedding night of our civilisation."

The civilisation that built Gobekli Tepe did so at roughly the time period of the later dating theory of the Sphinx.

A geologist at Boston University, Professor Robert Schoch, verified that water eroded the Sphinx. Geologists know scientifically that wind/sand erosion on limestone differs from water erosion. Schoch states that the pattern of erosion on the limestone body of the Sphinx is consistent with water erosion. Many of his colleagues back his findings.

The erosion "…is entirely consistent with precipitation-induced weathering where you have water, rain water beating down from above (p. 422)." He also placed the age of the Sphinx between 5,000 - 7,000 B.C.

The site, currently undergoing excavation by German and Turkish archaeologists, was erected by hunter-gatherers in the 9th millennium BC (c. 11,000 years ago).

Could the Sphinx have been built by the same people who built Gobleki Tepe ?

This means it is possible that the Sphinx is far older than contemporary history allows.

Labels: did the people who built Gobleki Tepe build the Sphinx, Egypt, Gobleki Tepe, the sphinx

Such mysterious stories, events and moreover buildings were always a huge attraction to me. Trying to guess where they came from and what are their purposes is the most exciting thing for me ever in the world. Thank you very much for your post and for the backlink to the original entry.