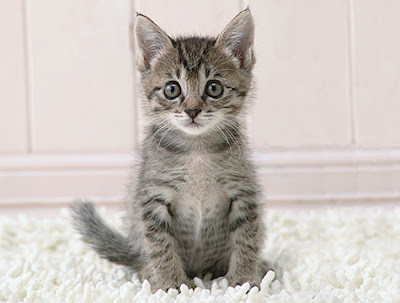 Image - 'Meeoow, I am David Toube '. AKA a whining little pussy.

First of all I want to say that I do not hate you, hate is a negative emotion.

I regard you as one would regard a gnat - an irritating little bastard that is annoying primarily due to its habit of buzzing around a lot and forcing you to scratch when and where it tries to bite you.

Creating a list of 'People who hate me' reminds me of the sort of semi-public school boy, middle class humour that I used to see at university amidst the Tarquins and Jemimas who were in my law classes. Nice people but complete clever / idiots.

Thank you for putting me at number 1 on your 'people who hate me list', though I must confess that I am shocked.

I would have at least have expected you to be hated by far more notable figures than me.

Perhaps you should get out more.

Wait until you have had death threats from Al Qaeda, the CST Zionist thugs, Red scum and liberal lunatics, who have stated their intention to do such creative things as male rape, beheading and slow strangulation then you can write a decent hate list you whimpering little pussy.

As for the threat of libel - please sue me you effete little creep.

That would be another 'scalp' to add to the list of lawyers and law firms I have had the pleasure of tearing a new asshole over recent years from Matrix Chambers and many others.

I love it when whining legal wimps threaten to sue me - litigation is the last resort of the lost argument.

Those that cant handle the truth sue those who speak the truth.

Those that cannot debate always threaten to sue their accusers.

IN THIS SICK, PERVERTED, CORRUPT BANANA REPUBLIC OF A COUNTRY THE ONLY PEOPLE WHO HAVE FREE SPEECH ARE THE SUPER RICH AND THE POOR.

The super rich can threaten anyone who dares say anything they dont like by setting their solicitor attack dogs like Toube on them whilst the poor have nothing to lose so can say what they like - and in fact can have great, expensive fun with libel cases racking up huge costs for the other side that can never be recouped.

This is why I take great delight in defaming, abusing and sneering at the super rich and their legal lickspittles who use the terrorism of the defamation laws to silence anyone they dislike.


David, like all whining liberal wimps, will not and cannot win a decent face to face debate on any issues - so like all liberals he hides behind the No Platform bollocks and give it large. Its like the snotty little bastard kid at school who used to stick his fingers up at you whilst hiding behind the teachers.

David will not ever agree to a face to face debate on any serious political issues with me or the BNP, as he is a whining little pussy who can only peddle lies on his Guardian blog and then hide behind facile threats to sue.

What an narcissistic little arse.

So come on then Toube - ' Toube or not to be is the question' - ARE YOU WILLING TO HAVE A FREE AND FAIR DEBATE ON ANY POLITICAL ISSUES OR WILL YOU WHIMPER FROM YOUR BLOG ?


People Who Hate Me

I thought now might be a good time to take stock of people who have written articles attacking me.

2. Inayat Bungalawa - of the disgraced Muslim Council of Britain and iEngage, whose CEO is wanted by Interpol in connection with terrorist offences.

5. Lady Renouf - neo Nazi. Unfortunately, her site is now defunct, but it relates to an article I wrote in the JC.

6. Bob Pitt - former Trotskyite who has converted to Islamism.

(a) They’re very lucky that I don’t sue for libel.

(b) I’m clearly doing something right.

Posted by Defender of Liberty at 10:08

I really enjoyed that Lee!