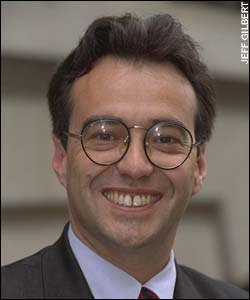 Phil Woolas - The only man in Britain to have defeated the skills of a nation of orthodentists.


The only man in Britain that ever asked for joke teeth to be fitted into his mouth, Phil Woolas ( see picture above ) has asked that Labour voters who cannot stand to vote for the repulsive list of incompetent and septic reptiles that run the labour party please vote for the whore masters and coke fiends of the Tory Party.

It appears that Blue Labour wants you to vote for either Tweedledee ( Labour - the party of pederasts and dhimmis) or tweedledum ( Tory - The Whore masters and Coke Fiends Party ) or tweedeldumbest (the liberals or as they are better known The Sex Offenders Party ) not the BNP.

It appears that British Democracy = vote for the Gang of Three.

Thanks Phil - now this is definitive proof that you can either vote for the Tweedle Triplets or a true political party that represents Britains interests - the BNP.


Labour Minister PHIL WOLLAS: I want you to vote Tory

You wouldn't normally expect a Labour Minister to ask you to vote Conservative or Liberal Democrat or even Green. But this year I am doing just that. Don't worry, I have told the Chief Whip about my intentions and I am not going mad. I am very serious.

At the European elections on June 4, I would prefer you vote Labour. Indeed, I will be tramping the streets getting our supporters out to vote and trying to persuade others to follow suit.

But if you are not supporting Labour then please, please go out and vote for one of the other main parties. If you don't, the UK will have Euro-MPs from the far-Right BNP and they will be joining forces with the likes of the Italian Forza Nuova, the French National Front and Hungary's Jobbik Party.

Having BNP Euro-MPs would be disastrous. For a start, they would be entitled to £1million of taxpayers' money to form a political grouping in Brussels.

The threat of a BNP candidate being elected is very real indeed. In fact, if the turnout doesn't increase in June compared with the last Euro polls held in 2004, it's inevitable. That is because elections to Brussels, unlike those for Westminster, are run on a system of proportional representation.

Put crudely, MEPs are elected in regional blocks. If there are ten places up for grabs, a candidate needs just over a tenth of the vote to win. I know it's slightly more complicated than that, but the fact is the BNP's leader, Nick Griffin, is set to become a Euro MP unless you go out and vote for another party to get the turnout up.

Because of the proportional representation system, the bigger the population in a region, the less of the vote a candidate needs to get elected. In the North East of England, for example, there are three MEPs. To win you need about a third of the vote. In my region, the North West, where Griffin is standing, there are nine MEPs. So, if the BNP polls around one-ninth of the vote, he will win a coveted seat in the European Parliament.

In London there are also nine seats up for grabs. A similar voting system used in the London Assembly elections last year saw a BNP member elected in the capital.

In the South East there are ten MEPs, which means about ten per cent of the vote is enough to gain victory. In stark terms, assuming a 40 per cent turnout, 1 in 25 people voting BNP will secure the party a seat in Brussels.

In the North West, based on 2004's turnout, the BNP would need only around 200,000 votes from an electorate of more than five million. Apathy, this time, will be very costly.

The other threat is that the far Right are trying to jump into the shoes of the United Kingdom Independence Party. UKIP did well in 2004, getting 13 Euro MPs elected. This time the BNP is desperate to shed its extremist image - the campaign leaflets don't mention race and ethnicity but concentrate instead on the EU.

Whatever your views on that august body - and there are many in the Labour Party who are Eurosceptical - the danger of the BNP stealing votes is very real.

This is not an idle or dull threat. As each year passes from the Second World War and the defeat of the Nazis, it gets more difficult to persuade people that the dangers of the far Right are very real.

If it is true that 'by their friends ye shall know them', then the BNP is bad company indeed. Its candidate for the West Midlands last week attended a rally in Milan with Forza Nuova, whose members include Mussolini's granddaughter.

The French MEP, Bruno Gollnisch, says the Nazi Holocaust never happened. The Jobbik Party members are as unsavoury a bunch as you can imagine.

In the past I have been accused of scare-mongering. I reject that. Those who say we should not mention the BNP are naive and in denial. In my own town of Oldham, we have taken on the BNP and defeated it. Mainstream politicians can't pretend it doesn't exist. By hiding its true beliefs and adopting populist issues, the BNP is trying to hoodwink voters.

The economic situation is also playing into BNP hands. Already we are seeing speeches attacking international conspiracies and 'usury' as the culprits in the economic downturn. For 'usury' read Jews - language that borders very carefully on the anti-Semitic hatred of the past.

In my lifetime, it's never been more difficult to fight the far Right. And although I disagree passionately with the policies of my Conservative and Lib-Dem opponents, I would far sooner see them in the Euro Parliament than the BNP.

So please, if you can't vote for my party, get out and vote against me!