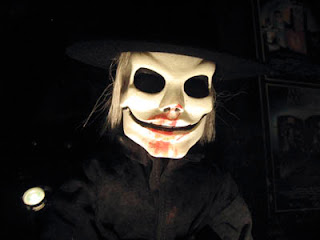 One of the great ironies of history is the farsical pseudo-antipathy between the Kosher Nazis of the Jewish community and the Neo-Nazis of the White community.

Once upon a time the Zionist Nazis actually worked alongside the Nazis to create the state of Israel and to force Jews to leave Europe and live in the Zionist Reich.

The history of Zionist collaboration with the Nazis is well documented and established, even if modern Day Zionists like the Board of Deputies of British Jews seeks to ban books that state the real history and alliance between them ;

Zionism convicts itself. On June 21, 1933, the German Zionist Federation sent a secret memorandum to the Nazis:

"Zionism has no illusions about the difficulty of the Jewish condition, which consists above all in an abnormal occupational pattern and in the fault of an intellectual and moral posture not rooted in one's own tradition. Zionism recognized decades ago that as a result of the assimilationist trend, symptoms of deterioration were bound to appear, which it seeks to overcome by carrying out its challenge to transform Jewish life completely.

"It is our opinion that an answer to the Jewish question truly satisfying to the national state can be brought about only with the collaboration of the Jewish movement that aims at a social, cultural and moral renewal of Jewry--indeed, that such a national renewal must first create the decisive social and spiritual premises for all solutions.

"Zionism believes that a rebirth of national life, such as is occurring in German life through adhesion to Christian and national values, must also take place in the Jewish national group. For the Jew, too, origin, religion, community of fate and group consciousness must be of decisive significance in the shaping of his life. This means that the egotistic individualism which arose in the liberal era must be overcome by public spiritedness and by willingness to accept responsibility."

"A bold demand that the German Zionist Federation be given recognition by the Government as the only instrument for the exclusive control of German Jewish life was made by the Executive of that body in a proclamation today. All German Jewish organizations, it was declared, should be dominated by the Zionist spirit."

Zionist factions competed for the honor of allying to Hitler. By 1940-41, the "Stern Gang," among them Yitzhak Shamir, later Prime Minister of Israel, presented the Nazis with the "Fundamental Features of the Proposal of the National Military Organization in Palestine (Irgun Zvai Leumi) Concerning the Solution of the Jewish Question in Europe and the Participation of the NMO in the War on the Side of Germany."

After the war a copy of the Stern proposal for an alliance between his movement and the Third Reich was discovered in the files of the German Embassy in Turkey. The Ankara document called itself a 'Proposal of the National Military Organisation (Irgun Zvai Leumi) Concerning the Solution of the Jewish Question in Europe and the Participation of the NMO in the War on the side of Germany.' (The Ankara document is dated 11 January 1941. At that point the Sternists still thought of themselves as the 'real' Irgun, and it was only later that they adopted the Fighters for the Freedom of Israel --Lohamei Herut Yisrael-- appellation.)

In it the Stern group told the Nazis:

The evacuation of the Jewish masses from Europe is a precondition for solving the Jewish question; but this can only be made possible and complete through the settlement of these masses in the home of the Jewish people, Palestine, and through the establishment of a Jewish state in its historical boundaries...

The NMO, which is well-acquainted with the goodwill of the German Reich government and its authorities towards Zionist activity inside Germany and towards Zionist emigration plans, is of the opinion that:

1. Common interests could exist between the establishment of a New Order in Europe in conformity with the German concept, and the true national aspirations of the Jewish people as they are embodied by the NMO.

2. Cooperation between the new Germany and a renewed volkish-national Hebrium would be possible and

3. The establishment of the historical Jewish state on a national and totalitarian basis, and bound by a treaty with the German Reich, would be in the interest of a maintained and strengthened future German position of power in the Near East.

Proceeding from these considerations, the NMO in Palestine, under the condition the above-mentioned national aspirations of the Israeli freedom movement are recognized on the side of the German Reich, offers to actively take part in the war on Germany's side.

This offer by the NMO... would be connected to the military training and organizing of Jewish manpower in Europe, under the leadership and command of the NMO. These military units would take part in the fight to conquer Palestine, should such a front be decided upon.

The indirect participation of the Israeli freedom movement in the New Order in Europe, already in the preparatory stage, would be linked with a positive-radical solution of the European Jewish problem in conformity with the above-mentioned national aspirations of the Jewish people. This would extraordinarily strengthen the moral basis of the New Order in the eyes of all humanity.
The Sternists again emphasised: 'The NMO is closely related to the totalitarian movements of Europe in its ideology and structure.'

It is only by constantly promoting the 'threat' of the extremists that the Zionist lobby groups, organisations and front groups can use moral blackmail against democracies to demand ever more subservience to them and their demands.

In fact when one digs deeper into the identities of the most insane anti-semites that articulate their hatred, one usually finds a Jewish-Zionist connection. The most extreme of the Nazis are either self hating Jews, those who have been married to Jews and who are now divorced and are suffering from some form of emotional disturbance or they are in the pay of the extremist Zionist groups who need such idiots to constantly perpetuate the myth that a threat to the Zionist cabals exists.


I find it hysterically funny that whilst the Board of Deputies of British Jews funds campaigns with the CST and the Jewish Chroncile to stop the BNP getting into power because they allege ' the BNP is a threat to free speech ', that the Board of Deputies actively tried to stop the publication of a book that revealed the collaboration between the Nazis and the Zionists before and during the Second World War by putting pressure on the publishers and Amazon bookseller.

It is never said, though it is true, that the true architect and founder of Israel was Adolf Hitler. Without the direct assistance of the Nazi Party and the SS, before and during the war, then the state of Israel would not exist. This fact of history is never debated in the media or acknowledged as a reality by historians, but it is a fact nevertheless. The politics, communalism and political ethos of the Zionist state of Israel was the model for the philosophy of National Socialism whih Adolf Hitler would create.

Each was a reflection of the other. Hitler merely took the creedo of Zionism such as the Chosen race concept of the Zionists ( The aryan super race concept ), Greater Israel ( Greater Germannia), the Blood and Soil mythos of Zionism and the 'need' for Jews to live in the Holy Land ( Blood and Soil of the Nazis and the Holy Land of the Aryans ), the mysticism of the Jewish folk soul ( The Nazi Folk Soul) and applied all these to the Germans / Aryans.

Hitler was in fact merely a plagarist of the Zionists.

The connections go even deeper than this though.

Without the SS funding, arming and training the Zionist terror groups in Israel who later fought against the Palestinians then the Jews would never have been able to push the Palestinians out of their lands.

It was the SS in the proto-Kibbutz in Germany who trained Jewish farmers and engineers and who created what is today the economic basis of the state of Israel.

einhard Heydrich, in co-operation with the Zionists, actually set up farms in Czechoslovakia for Jews wishing to emigrate to Palestine, to learn basic agricultural skills: several hundred of these Nazi-trained Jewish farmers were then settled in Palestine during the war, entering that land through Turkey.

Nazi support for Zionist and non-Zionist occupational retraining programs for young Jews between 1933 and 1941 reflected a desire to facilitate the rapid emigration of Jews from Germany. But this policy encountered considerable opposition from several government and party agencies because the retraining process involved activities they deemed violations of Nazi racial teaching. The policy debates and disagreements among the various offices of the Nazi party and the state reflected the tension between ideology and pragmatism in Nazi Jewish policy, and its relative lack of central planning and direction during the early years of the Third Reich. Eventually, as it so often did, the regime opted for the pragmatic approach by supporting Jewish retraining programs as the most effective way to promote the total emigration of Jews from Germany.

It can be said that today the Nazi-Zionist Alliance is stronger than ever.

Without the Hollywood Nazi scum of stormfront and other internet sites constantly doing what the media and the Zionists want then the power of the Zionist lobby groups in our political systems would be the same as the power of the Bantu pygmy lobby groups. It is only the fact that the Hollywood Nazis still spew out their ridiculous anti-semitic garbage that allows the Zionists to demand ever more laws that repress free speech and 'clamp down on hate speech'.

It is only the insane anti-semitism of the neo-nazis that allows the Zionist lobby groups to perpetuate the false belief that a threat to the Jewish community exists from the BNP.

It is only because the neo-nazi stooges of the Zionists are still in existence that facilitates the Zionists who constantly emotionally and morally manipulate the political system for their benefit.

Even the Community Security Trust, the Combat 18 of British Zionism, admits that the majority of attacks on Jews in Britain coms not from the Far Right or the BNP - but solely from Muslim extremists and the Far Left.

Yet the CST and Jewish Chroncile were not involved in any campaigns against theRespect organisation in the London elections, even though Respect is a Sharia Socialist group run by anti-semites and who members are Islamists and Stalinists.

It appears that the Neo-Nazis have become the puppets of the Zionists, dancing to the tune of their Zionists masters so as to become the 'fake monsters and boogeymen' with which they can terrify the Jewish community into supporting them.

The Zionists depend on the Nazis not just to morally blackmail and usurp our democracy, but so that the Jewish community can be made to feel afraid of a fake monster that forces them to huddle in fear and seek the help of their Zionist masters.

Just as MI5/ MI6 ran both the IRA and the Loyalists during the era of the Troubles, it is true that the Zionists run the nazis for their own benefit.

Today the Nazi-Zionist Alliance still goes strong, for without the Neo-Nazis scum then the Zionist scum would be a miniscule rump of nutcases on the margins of British politics instead of supping with politicians and media bosses and the law being changed for their benefit.
Posted by Defender of Liberty at 07:11