Mandela - The Beast Of Africa 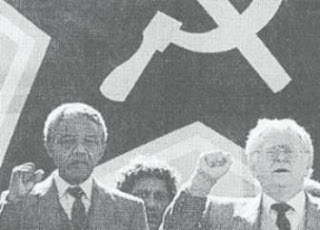 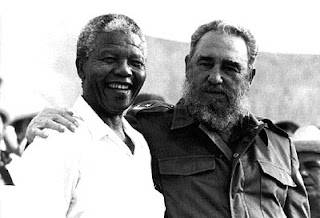 
Here are two photos showing the Church Street bombing. As mentioned before, in his so-called book,” Long Walk to Freedom”, Mandela says that he “signed off” with this act of terrorism. People should take a look at what Mandela “signed off” with while he was in prison – convicted for other acts of terrorism! President P.W. Botha told Mandela way back in 1985, that he could be a free man as long as he did one thing: Publicly renounce violence. Mandela refused. That is why Mandela remained in prison until the appeaser F.W. de Klerk freed him unconditionally. The bottom line is that Nelson Mandela never publicly renounced violence - and we should never forget that.

Posted by Defender of Liberty at 11:50

How proud does the Left, with its stupidly romantic notions of the inviolate nature of "black freedom fighters", feel about what it has so ably helped Mugabe achieve?