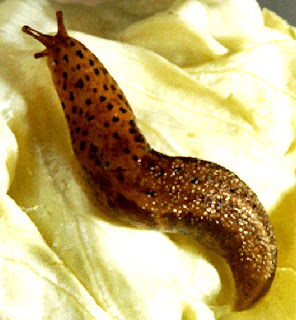 In response to the latest attack on me by Lancaster Unity, which is remarkably like being mauled by an angry slug, here is an excerpt of a posting I made last week ;

" In the articles I wrote below I had to do some research to find out the power of sections of the Jewish community in Hollywood. This entailed reading sites that list details of the individuals and organisations that control Hollywood.

Much of this was not up to date and I had to do extra (and boring research) to bring the articles up to date.

The next time I decide to investigate the power of members of the Irish community in America, then I will look for a site called 'Irish Watch' similar to the one that contained information that I used called 'Jew Watch'.

Yet another form of Institutional Racism it appears.

The fact is that whilst the Jewish leaders of Hollywood boast about their power in Hollywood in their own publications, is appears that when gentiles and goyim 'dare' investigate the power of the Jewish comunity in Hollywood that this is racism or anti-semitism. "

The next time I write an article I will look for a version of CrayonPress, so that I can publish it in big words written in crayon.

That way the retards on LU may be able to read it then.

I look forward to the next frothy mauling by the Lancaster Unity Slug Farm.

Your slug analogy is apt, as was your analysis of LU's comments after our victory at the GLA.

The bottom line is that they are losing. We are at an unprecedented level of progress for any UK nationalist party and our growth is steady but solid. The GLA victory was a real blow for them and made them realise their popularity and self proclaimed influence is farcical.They know this, and this is why they are becoming increasingly hysterical, deceptive and dishonest with their methods and reports. It's classic political desperation.
I know it's hard not to respond when lied about but I think it's important not to waste too much time and energy on these people, that's what they want. I'm treating them more as a comedy side show these days.

None of us are perfect but the reality is that time will show the true Fascists for who they are.

They talk about you even more on their forum. Watch it if you join though because they tank you if they sniff BNP.