The Church Of England and Dodgy Card Games 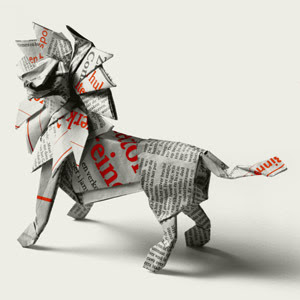 
The ban on the BNP by the Church of England is like playing the game of cups with a dodgy looking bloke in your high street, who has one eye constantly on the coppers turning up.

This ban is a trick, a sleight of hand, a deception and an attempt to distract attention from the real issue which is the motion passed by the synod to begin an evangelising wing of the Church of England.

There are no BNP vicars in the Church of England, though there are plenty of Marxists, pederasts and adulterers, lesbians and homosexuals.

The ban was passed so that when evangelist church of england vicars begin converting Muslims to the church and they begin saying that Christianity is the only true faith that will bring you to god, then they can say to the media ' hey we arent racists for evangelising, converting muslims and saying christ is the only way to get to god - we banned the BNP ! '.

There will be no vicars bannned from the church under this pathetic policy, as no police have been kicked out under the policy.

Also because nationalists who support the BNP regard the C of E as just the Clerical wing of Marxism.

No one will be kicked out of the Cof E because the policy is illegal - and the C of E knew this before it passed the policy - and in effect said ' we are prepared to be criminals ', which is not a very moral position for the church to be in.

Posted by Defender of Liberty at 02:52

The C of E has always had an evangelical wing, though I can believe it's a bit threadbare now and in need of some institutionalised propping up.

Back in the 1960s, the late Archbishop of Sydney, Marcus Loane, was what you would describe as 'evangelical.' He took some stick from the media for not joining in the ecumenical shindig at the Sydney Showground when Pope Paul VI paid a 'pastoral' visit to the city. In a broadcast interview I listened to, Bro. Loane stood his ground and adroitly fielded every insinuation levelled at him by the ABC (Australian Broadcasting Corporation, the colonial BBC) reporter (a Mrs Anne Deveson, a latter-day Noadiah the prophetess, Nehemiah 6:14) with New Testament scripture.

It shows the e-wing existed then.

In the present case, maybe the Marxists etc. are saying to the evangelists, "You can come in from the cold if you help us against the BNP which is the only force to be reckoned with in opposing the NWO in the UK."

Thus evangelists would be more likely to get bishoprics etc. by toeing the party line against British nationalists.

Scripturally, they are a busted flush anyway if the Radio 4 Thought for Today speaker this morning, a professed 'evangelist,' as well as a theologian and physicist, is anything to go by. He tried to marry up Darwin with Genesis 1.

Which is about as feasible a project as the media personalities on BBC1's Who Do You Think You Are? trying to trace their lineage back to the so-called common ancestor.

The notion of Fiona Bruce ultimately originating from King Kong is bizarre, to say the least.

But that is what Anglican 'evolangelists' are apparently into these days.

No wonder they find common cause (and no doubt purpose) with the C of E Marxists etc.

A topical article with a perceptive analysis.

It is clear that there are several undercurrents operating within the dark, murky sewers of the C of E which have resulted in this ban. The unwritten deal to continue to try and convert Muslims whilst appearing to be 'non-racist' is just one such reason.

I think another major reason is the linkage between the release of the BNP Membership List and the Synod, with the involvment of the Mtetropolitan Police. I think the two events are inextricably linked, particularly if you accept the source of the links (as I suspect) was a State-inspired one.

This is simply the logical step of some 40 years of creeping liberalism which has engulfed the Church and which now sees it as merely the clerical arm of the Left-liberal Establishment.

The Cultural Revolution is almost complete now. The Church has become emasculated and docile. Never mind about the homosexual deviants who populate the Church and the abortionists. The BNP are to blame for all the untold evil in the world it seems.

Never mind about the Church having Labour Party members in their ranks who run an utterly corrupt Government, who lie and de-democraticise the country, go to war aganist several foreign countries killing and maiming thousands, who support the modern-day holocaust of the abortion indutsry, and who promote homosexual rights above and beyond any conception of equality. Everything that this Labour Government has died has been secularist and anti-Christian. Yet they and their members continue to be supported by the Church.

Such rank double-standards from a stinking cesspit of religious hypocrits.

The C of E is no more than a sect but with a lot of wealth that it refuses to use to help the poor. With luck its last few congregations will dry up and it will disappear up its own backside.

It may be that any genuine believers in the C of E will reform themselves into new congregations, as happened in the 17th century; Separatists, Independents, Brownists etc. Only that way will the national church survive, I think.

It is OT - and I guess Lee will post something on it soon - but the pronouncements of Milliband on the Wilder expulsion seem to be the death rattle of a gangster regime desperately clinging onto power by any means.

Like his mentor GB, he refuses point-blank to say what is untrue about the content of the film.

Ahmed's assertions about Wilder having no respect for the law should go into The Guinness Book of Records as the most breath-taking piece of hypocrisy of all time.

Very interesting. Nice post. I just want to share something that you might be interested, Bridge, is a card game fun to play, but the better you play, the more fun it is. As you improve, you will be fascinated at discovering how much there is to the game. Despite popular opinion to the contrary, bridge is not difficult to learn. Learn bridge card game lessons and improve your bridge game in less than five minutes a day. Keep on posting interesting stuff, more power to your blog.