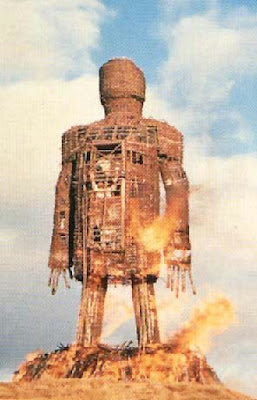 The tipping point is here, the moment when the media elite have realised that they can no longer ignore, contain, deny and seek to control the mass public anger over the issues of mass immigration and the issue of British workers.

The article below from The Sun is not just evidence that the media are finally being forced to tell the truth about what has been happening in this country, because if they keep denying it they lose all integrity with the public, but that the entire System is in crisis.

The system is built upon these four foundations ;

We have already entered, or are about to enter, the age of Peak Oil.


The only way to stave off the Peak Oil nightmare is for the Bankers to pour billions into long term renewable energy projects and oil infrastructure investment - both of which are impossible due to the crash in banking loans.

Therefore we are having an economic crash that will ensure the Peak Oil crash is the worst scenario possible.

The Sun article is proof that the media are scared. With the Banking Wing of the System in crisis, Peak Oil about to hit and the political establishment powerless and culpable for actually allowing the financial crisis - then only those parties that represent the interests of the people and the nation can offer the radical change our country needs.

ONLY NATIONALISM WILL BE OUR SALVATION.

The media see which way the wind is blowing, and like the rats they are they are trying to jump ship.

They know that Brown is out at the next election and the Fop will be in power.

But thats not what scares them.

It is the election after that which is frightening them - the one where the BNP get elected about ten to twenty new MP's, and which will be the start of the British National Revolution.

They sense the Wicker Man is coming.

The Wicker Man is the growing fury of the people of Britain, it is that spirit of revolution which rests for centuries in the blood of our people before once again erupting into being with all the power and might of an exploding volcano.

It is the long pent up primal anger being released of a people who have had their rights, liberties, identity, communities and and cultures taken from them and in return have become strangers in their own lands.

The Wicker Man is the symbol of the cleaning fires into which we will throw the entire ideological garbage and social detritus of political correctness, the Servile State, the entire race relations industry, the European Union laws and regulations and the entire corrupted political and economic systems that demand the people serve them and not that they serve the people.

The Wicker Man is the archetypal image of a people who have awoken, and its image is firmly rooted in the collective unconscious of our folk.

The ancient Kelts knew that in times of crisis that sacrifices must be made.

The sacrifice that is required for our generation is to abandon the entire economic, political and industrial system that has dominated the 20th century - that of the Oil Imperium.

This article vindicates everything we have ever said.

It is the wake up call to a generation somatised by consumerism and cheap credit.

A new vision is needed for our nation, and that vision is Albion.

THE only surprise in the row over Grimsby’s foreign workers is that it took so long to erupt.
When jobs are scarce, why should skilled Brits stand idle while hundreds of Italians are imported.

For years we have been told what we can and cannot do by unaccountable Brussels directives.

Now in hard times, we are no longer prepared to put up with the lunatic attempt to turn the EU into an artificial nation state.

Europe’s overweening power, and the Government’s refusal to act, are turning migrant labour into a toxic new factor in this slump.

Yet Mandy fuelled the blaze by telling strikers if they don’t like Italians taking our jobs, they should go to Italy and take theirs!

He should understand that this clash over foreign workers is just the first puff of smoke from the volcano.

Nor, as times get tougher, will we quietly accept the Government’s prediction of ten million more.

The strikes at oil, gas and chemical plants are only the start.

There are plenty more foreign-only deals waiting to explode, not least the £12billion Olympics where thousands of non-UK workers are being hired.

Brits of all backgrounds, including established migrants, have been simmering over immigration for a decade.

They were treated with contempt as Labour recklessly opened the door to countless newcomers.

Yes, the vast majority are decent, law-abiding workers, grateful for our hospitality.

But there is an ugly side to immigration we are not supposed to talk about...

Freeloading on the welfare state, jumping housing queues and mopping up health and welfare provision for which they have paid no tax.

Organised gangs from Africa, Albania and Asia run ruthless drug and vice rings. And ministers do absolutely nothing about it.

Labour champions equality but ignores its own natural supporters — hard-working tradesmen priced out by EU rivals.

Unions hail the minimum wage as their greatest triumph while workers compete with foreign rivals who work all hours for what they see as a king’s ransom.

Labour decided long ago that all immigration is good.

If it raises tax revenue, the more the merrier.

All minorities, even those with no link to this country, take priority over the established population.

Inner cities are colonised by entire communities who live, pray, dress and speak as if they still lived in tribal villages.

Shockingly, there are 300 schools where English is not the first language.

Labour is obsessed with its diversity agenda, yet it sits mute as women in ghettos are kept ignorant, forced into marriage or, in some cases, murdered for refusing.

Row erupts ... Brits demand jobs for Brits
Any attempt to raise matters like this is denounced as “racism”.

Labour effectively silenced Tories with this ugly smear. Now they are being forced on the back foot because the same charges are being levelled from their own side.

Trevor Phillips, black chairman of the Equality and Human Rights Commission, has spoken bravely about his party’s mistakes on race.

Past and present immigration ministers have talked about action, while at the same time waving in 150,000 workers a year.

But it is Birkenhead rebel Frank Field who speaks up for the whole country.

“Stakes could not be higher,” he warns. “The men and women on these picket lines are not just fighting for their jobs, they are asserting their national identity.

“Anger should be directed at this Government.”

Couldn’t put it better myself.

hi friend,
nice post and your blog is interesting.

"People do not understand the true nature of sacrifice" was a line from the original Wicker Man film.

That is very true - readers must sacrifice time and energy for British Nationalism.

O/T Lee but I'm sending you this because you are one of the few who has seen through the sham that is the new messiah.

From a black man, the truth about Barrack Obama, Africa and what is wrong with blacks. It is absolutely astonishing:

Have you read the book, The Tipping Point?

Towards A higher Man

Looks good mate - will have a look,

If the EU is committed to ensuring equality of opportunity to all European workers, can someone explain why they have not imposed a universal European rate of pay for all workers? Member states are free to demand British minimum wages for their migrants, but refuse to pay similar rates in their own countries, how exactly is this fair? By refusing to standardise European minimum wages, Europe tilts the playing field against British workers and then screams "racist" in the face of public outrage.

You make a very good point - and the answer is of course that both socialism and capitalism are now controlled by the Fabians.

We get political correctness in the social sphere and consumerism in the private sphere - we are trapped between scylla and charybdis.

The trades union are run by the bosses and the workers are just economic units able to be moved like pawns on a chessboard around Europe when they are required as wage slaves, and thrown away when they are no longer needed.

That is not what is defined as freedom,