The Shame of Question Time 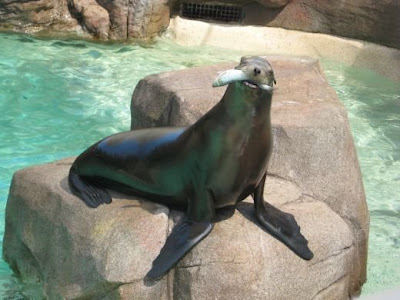 I made the serious mistake of watching Question Time last night.

Watching the audience was like watching idiot sea lions applauding each time they were fed rotten fish by the pannelists.

The reason why this country is in such a state is primarily because British people like those on Question Time are as thick as pig shit.

They are the idiots that vote for the crooks that ruin our country.

Even though they see what our country has become they still support the same political parties that created the crisis.

Any species that is unable to evolve is doomed, and I fear that the average British voter, if Question Time is indicative of the average voter, is now so thick and brainwashed by the media that the country will die not from terrorism, war or economic collapse but simply from stupidity.

It appears that the best of our people were killed in two world wars and even today the best of us are fighting and dying in foreign countries for a government and people who will betray them and their sacrifice time after time.

Posted by Defender of Liberty at 00:32

I watched a few seconds - there was a girl responding to (presumably) a question on Fitna. I actually thought about her this morning and wondered if she would apologise if someone were to stick a knife in her back...I also noticed the leader of Respect and wondered what the criteria is for getting on QT. Then I turned over to Newsnight and thoroughly enjoyed Keith Vaz getting a roasting from a muslim chappie and a Christian evangelist. It was great...But why was Vaz on? (I think I should have felt sorry for him.) We'll see how stupid or otherwise people are this June. I'm thinking of a blanket ban on working and other relationships with Labour voters. No platform for Labour. Gee shucks, I believe in Free Speech...

Fully agree Lee. QT is off limits for me, I cannot watch it without getting so wound up I want to smash the TV!

It isn't that the whole thing is a sham because questions are vetted, it's that the BNP are always attacked and yet not once has the BBC had the guts to allow a BNP representative a voice.

And like you say the British sheeple fall for it time and time again.

You might be right Lee, Britain could well be doomed. Sad times.

Just read the comment's section of all the daily's. Times are a changing. The giant is awakening.

I listened to the reptillian Vaz on the Richard Bacon show last night, with the usual suspect Muslim apologist with a Lib Dem strongly defending the right of free speech. I listen to a Marxist, every Friday & Saturday night on the radio, who can't pronounce murder. It's "Murrrdah" as in Purdah, another of his favourite words. But who his quick to ridicule any one who opposes his views who can't spell. Or he wont let them speak while he goes into diatribe mode, in typical Talk Sport, and shouts down to them.

We all know that the QT audience is handpicked. Who cares? It's the foot shooting season and everyday there's plenty of examples. The death throes become more frantic as they are losing it, big time.