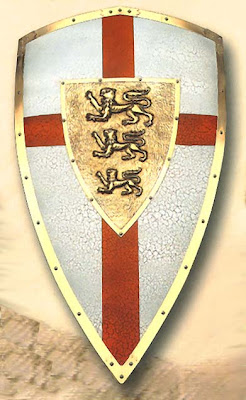 Why we need a new Churchill to stand against Islamic extremists

It's been a good few days for Islamicists. In Europe, an elected MEP, Geert Wilders, has been banned from Britain by the Home Secretary Jacqui Smith.

He had been invited to show his anti-Islamic film ‘Fitna' to MPs in the House of Commons. Since the ban, I've had the exquisite pleasure of witnessing various “British” Muslims on television welcome the ban, meanwhile hastening to add that they had not seen the film. Well, naturally.

The egregious Smith justified the ban on the grounds that Mr Wilders' presence in Britain “would threaten community harmony and therefore, public security in the UK”. In other words, if Muslims in Britain don't like something going on in the House of Commons, there will — according to the Home Secretary herself — be violence which will threaten the lives and welfare of British people.

So, what do British leaders do when confronted by such blackmail? Do? Why, they back down, of course! Never mind for a moment that on the London stage you can have Christ sodomised, or the Virgin Mary turned into a whore, as has happened in recent theatrical productions. How is such anti-Christian blasphemy acceptable? Because it is not insulting to Christians? Or because Christians, once insulted, do not take violently to the streets, in the way of “angry Muslims” (as the estimable Ian O'Doherty asked the other day: “is there any other kind?”).

So what would the wretched Smith creature have done to the author of the following words, had he tried to enter the United Kingdom?

“How dreadful are the curses which Mohammedanism lays on its votaries! Besides the fanatical frenzy, which is as dangerous in a man as hydrophobia in a dog, there is this fearful fatalistic apathy. The effects are apparent in many countries. Improvident habits, slovenly systems of agriculture, sluggish methods of commerce, and insecurity of property exist wherever the followers of the Prophet rule or live.

“A degraded sensualism deprives this life of its grace and refinement; the next of its dignity and sanctity. The fact that in Mohammedan law every woman must belong to some man as his absolute property, either as a child, a wife, or a concubine, must delay the final extinction of slavery until the faith of Islam has ceased to be a great power among men.

“Individual Moslems may show splendid qualities, but the influence of the religion paralyses the social development of those who follow it.

“No stronger retrograde force exists in the world. Far from being moribund, Mohammedanism is a militant and proselytising faith. It has already spread throughout Central Africa, raising fearless warriors at every step; and were it not that Christianity is sheltered in the strong arms of science, the science against which it had vainly struggled, the civilisation of modern Europe might fall, as fell the civilisation of ancient Rome.”

The author of those sentiments (which were rediscovered by Mark Steyn) was none other than Winston Churchill, who penned them precisely 110 years ago, during his account of ‘The River War' against the Mahdi, written in early 1899.

How enchanted — but perhaps not surprised — Churchill would have been to learn that a century and a decade later, western troops — including a large body of Irish soldiers — would be trying to curtail the ravages of the neo-Mahdist terrorists of the Janjaweed. Churchill had gone almost directly to the Sudan from north-west India, where he had been serving with the Malakand Field Force against Islamicist insurgents.

So in an almost sublime coincidence, we learnt this week that what is now the Malakand District of Pakistan is to introduce Sharia law as state law.

Some 30,000 sq km, and five million people, will effectively become an autonomous Islamic republic within the secular- governed state of Pakistan. This is in return for merely a 10-day ceasefire in the terrorist campaign by Pakistan's Taliban in the Swat valley, in the course of which through an informal Taliban enforcement of Sharia law, “executions” and floggings have become commonplace.

In other words, in exchange for only a temporary ceasefire — what you might call their Sudetenland moment — Taliban have effectively taken a legal foothold in Pakistan: and no election, no police force, no popular demonstrations — (ha!) — will henceforth remove them. Thus the old despotic refrain: one-man, one-vote, one-election.

‘The Times of India' predicts this capitulation will be replicated in other regions of Pakistan's North West Frontier Provinces. “And then,” it notes grimly, “it's a leap to Islamabad.”

Quite so: and Islamabad not merely has the Bomb, but it also has four flights a week to Bradford Airport, none of whose passengers seem ever to be treated in the way that Geert Wilders MEP was at Heathrow. Islamabad's airport is (for the time being, anyway) named after Benazir Bhutto, who was, of course, murdered by al-Qa'ida/Taliban just over a year ago; and it was her husband, now president, Asif Zardari, who abjectly authorised the Malakand deal.

So who says that violence doesn't pay? In the course of a week, Shariah law imposed on Malakand and a Christian MEP banned in Britain. Thus the irreducible ratchet-effect, with no going back, either way.

Posted by Defender of Liberty at 11:39

Certainly not the IRA who having waged a brutal campaign of violence against Britain have attained legal recognition and a constitutional stake on the both the mainland and in Ulster.

Instead of Iran maybe the US should be looking at its own ally, Pakistan, and ensurinbg that it no longer possesses nuclear weapons.

Now it is merely a matter of time before Pakistan is subjugated by the Sword of Islam and nuclear terrorist warfare conducted against the West.

And now, despite any troop surges, the instability within Afganistan will only increase and it will sooner or later develop into a Vietnam now that the insurgents have a legal base on its border.

The author was right to use that phase 'Sudentalnd Moment' because that is exactly what it is, and it is clear that further pressures will lead to more concessions until the Taliban control the whole of Pakistan.