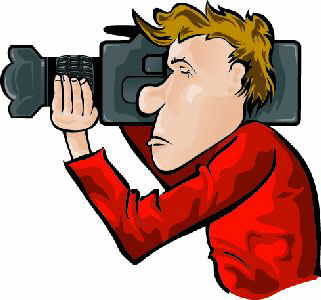 GOOD LUCK EVERYONE GOING TO THE ANTI-ISLAMISM DEMONSTRATION IN LUTON ON SATURDAY MARCH 28TH.

Dont forget boys and girls that PC Plod will be under orders to crack a few white heads open in order to apease the Al Qaeda loving white Liberals, the Dhimmi-Politicians, the pet Islamists that work for the government and the white lefty arseholes in the race relations industry - SO BRING YOUR VIDEO CAMERAS AND MAKE SURE PC PLOD IS FILMED EVERY TIME HE OVERSTEPS THE LINE.

THE VIDEO CAMERA IS OUR AK47 - it is the only thing the bent coppers of ACPO that work for the government fear, which is being filmed being the politically correct fascists they really are.

The moment any police attack the marchers then film them and get it on the internet andwe can compare how they crackthe heads of anti-terrorist demonstrators as opposed to them runningaway from pro-terrorist demonstraors as they did in London a few weeks ago.

And it is because of the cracking of white skulls by those who have pledged to serve and protect us, that the government recently brought in laws which forbid the taking of photos/film-footage of police officers - all in the name of anti-terrorism, of course.

Slightly OT, Lee but w.r.t. the Gaza demo last month, we all saw the video on Youtube and the BNP site of the police running away from the Mozzies etc.

I had the impression that few arrests were made by the police, in spite of the violent behaviour by the 'protesters.'

I have later read an eye-witness account (for a Christian newsletter) that in fact 200 arrests were made on the day, for vandalism, including the trashing of a Starbucks eatery.

2000 arrests would not have been enough but 200 is a lot more than the video indicated could have happened.

Can anyone please confirm what really happened? Was it the case of a few token arrests so the Met. could appear even-handed?

I wonder if the journalists at the Guardian,Observer,Times,Independent etc have written their story already.It will go along the lines of ," Extremists, racists, BNP in the shadows, angry confrontation, skinheads, violence, police attacked, peaceful counter demonstration by moderate muslims, call for BNP to be banned..." You wait and see.

lee, you may want to check this but why did my first name and the 1st 2 letters of my surname appear on the word verification? im using my pda, and it would be impossible for google blogger to know who possibly I am, unless google cross refrences my phone ip address and my name etc. which would mean that google illegally stores phone numbers and hacks to find the owner of the pdas.
but this is also weird, my first name on the word verification is not my legal name, and my phone number account is totally different.
weird huh?