Cultural Review of the Year 2008 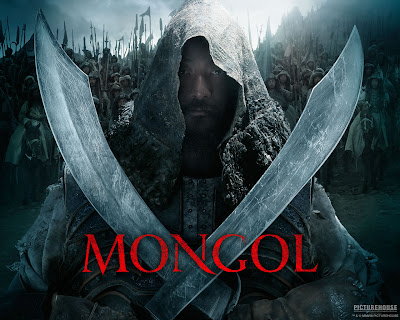 Cultural Review Of The Year.


Album of the Year - Chinese Democracy by Guns 'N Roses


Film of the Year - Mongol


Crappiest TV Show of the Year - X Factor, Strictly ballroom, Celebrity Big Bother In the Jungle and the rest of the third rate / showbiz / wannabe a singer / dancing / crap TV shows that are constantly on the TV


Idiot of the Year - this year it has been won by a nation and the nation is ...... The United States Of America for voting for Barack Obama simply because the media told them too. Idiots.


Hypocrite of the Year - Melanie Phillips for attacking the BNP whilst defending Israel.


Book Of The Year - Unsung Hero by Kevin Fulton


Man Of The Year - Michael Phelps


Cowards of the Year - The Greek Government for not smashing the anarchist / communist / immigrant rioters into a bloody pulp.

Mr Barnes, whilst i normally find myself agreeing with your writings, i feel it important to take issue with you on your comedian of the year choice.

Harry Hill is about as amusing as a battalion of fire ants having access to my crotch while at the same time being forced to listen to timmy mallett for twelve hours.
No,no,no,no....

Have a good Christmas

I must declare an interest here though, as harry hill is from rochester where I live.

Peter Kay is brillaint - and would be my number 2 on the list.

I still have cramp from laughing so hard at the first series of Phoenix Nights.

Idiot of the Year - this year it has been won by a nation and the nation is ...... The United States Of America for voting for Barack Obama simply because the media told them too. Idiots.--DOL

I believe it was our pockets that told us to vote Obama. That and McCain's choice of VP. Do you think McCain would have been better as POTUS? If so, why?

Film of the Year - Mongol --DOL

Valkyrie just started today so it's too late to make your list. I'd call that a great film. One wouldn't think there were honorable men in Hitler's armed forces. What I found striking was that it wasn't about how horrible Nazism was to Jews, but it's negative impact on Germans and Germany in general.

As is stated to you at the time of the election, the only candidate capable of saving America was Ron Paul.

Only Ron Paul isnt owned by the shadow government - but its too late now.

You get the president the liberal whites and Jews in the media and Hollywood wanted - and now you will just to have to live with that choice.

The US will now be run for the benefit of minorities as opposed to the majority - so its goodbye democracy and hello chaos.

As is stated to you at the time of the election, the only candidate capable of saving America was Ron Paul.

I don't recall that ever being stated to me but that's not the point anyway. My point was that there were two viable candidates, McCain and Obama. Not electing Obama would have meant "Bush for another 4-8 years."

McCain is an honorable man, but the republicans are just the neo-conservative wing of the shadow government --DOL

You may be right about republicans. It should be noted, however, that Ron Paul ran as a republican. http://www.ronpaul.com/2008-11-20/ron-paul-answers-questions/

Therefore, he was also in the "conservative wing of the shadow government."

Bought Mongol today following your recomendation (just £7 at HMV) and was not disappointed.