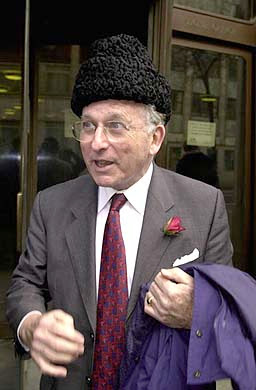 I would rather be offended by what I hear, than live my life being afraid of what I am not being told.

The vile slug Weyman Bennet,leader of the Socialist Workers front group, The UAF, is a typical Trotskyite piece of filth.

We all know what the definition of free speech is under Socialism = You can say what you want as long as it is praising socialism and socialists.

I particularly like this statement by Bennet " “I don’t believe in elevating him to some form of respectability. We owe it to a generation of people who cannot speak for themselves.”

For a start the fact that a self appointed BLACK COMMUNIST thinks he has the right to speak for JEWS is hilarious. What chutzpah this idiot has !

Finally the idea that creating a generation of censored martyrs, those who are denied the right to speak for themselves in our Liberal Fascist society, in order to somehow represent the dead is absurd.

In all tyrannical systems the state first removed the right of free speech that it despises - then moves on to removing the free speech of anyone who opposes it.

The ONLY limit to free speech should be direct incitement to murder.

The idea that jumped up maggots like weyman bennet, the man who put the UG into UGLY, should be able to dictate what the limits of free speech are is detestable.

The idea that Weyman can dare say he speaks for the victims of the Shoah is a national disgrace.

We Nationalists of Europe will never forget what the Communists did to Poland when both the Nazis and Communists hand in hand crushed the Polish nation and murdered millions of the Polish people.

Bennet is simply a maggot who runs the SWP fron group UAF, and both the SWP and UAF are direct offshoots of the same British communist party and communist movement that killed millions in communist death camps across Europe and the world.

Bennett is a vile piece of slime.

Greville Janner, a known paedophile and child molester, also having a pop is hilarious.

We all know why Janner wants freedom of speech curtailed - so as to make sure his decades of child molestation and paedophilia are kept secret.

Scum the lot of them.

Director clashes with Board over ‘censorship’ of Irving film

From The Jewish Chronicle

Award-winning film-maker Rex Bloomstein has become embroiled in a censorship row with the Board of Deputies over a television documentary featuring convicted Holocaust denier David Irving.

Mr Bloomstein, 66, made the film, An Independent Mind, to commemorate the 60th anniversary of the Universal Declaration of Human Rights. It was shown on the Channel 4 digital subsidiary More4 on Tuesday night.

The film featured seven stories from around the world of people who had chosen to speak out against oppressive regimes and the consequences they faced. The eighth and last person interviewed in the 90-minute
programme was Irving.

But Mr Bloomstein saw red after a story in The Observer newspaper’s Pendennis column suggested that the Board of Deputies was trying to stop the programme being transmitted.

Diarist Oliver Marre wrote: “The Board of Deputies of British Jews tells me the programme should not be shown. ‘Whatever airtime David Irving gets is too much,’ says chief executive Jon Benjamin. ‘Here, he once again seems to be casting himself in the role of victim.’”

Mr Bloomstein, who has made films about Auschwitz, Mauthausen and other Holocaust-related issues, said: “If the Board of Deputies did not call for the programme to be banned, let them make it clear. I am certainly going to make it clear that the Board, according to the column, has aligned itself with the forces of censorship.” Board chief executive Jon Benjamin denied vehemently that the Board called for the film to be banned: “This is completely untrue. The Observer columnist used two lines of a longer comment in which I pointed out that, if the likes of Irving wanted to be free to express their views, they had to expect to be exposed by others, which Irving was when he unsuccessfully sued Deborah Lipstadt for libel.”

Mr Benjamin said that he, too, would be seeking clarification from The Observer.

Mr Bloomstein criticised both the Board and anti-Fascist group Unite Against Fascism, saying: “They have not named me in their literature as the producer and director of this film.

“They have neither contacted me nor seen the film. Their policy is simply to put pressure on any broadcaster or programme-maker to prevent Irving from speaking.

“We have to have courage to explore even the darkest and most troubled corners of our freedom, even subjects like Holocaust revisionism. I believe our society and community is mature and confident enough to engage people like David Irving in debate, rather than make martyrs of them by trying to suppress what they say, no matter how unpleasant that might be.”

Lord Janner, chairman of the Holocaust Educational Trust, said: “Why would Channel 4 give this man a platform for his vile views? We must not tolerate Holocaust denial in any guise. The best vehicle for challenging it is through education and informing future generations about the lessons of the Holocaust.”

Weyman Bennett, joint national secretary of Unite Against Fascism, said: “We are well aware of David Irving’s views, but I don’t know why people are being soft about this. People should be angry about this issue.

“I don’t believe in elevating him to some form of respectability. We owe it to a generation of people who cannot speak for themselves.”

Posted by Defender of Liberty at 06:38

Not all Reds love Bennet. Take a deep breath of clean air, hold your nose and visit Socialist Unity (sic) and see how his compatriots love him..particularly the thread about "Stopping the BNP in Liverpool"
Bennet has been described as everything from a coward to a police nark by his fellow Reds.
Sackfuls of ferrets come to mind.
Either way its hilarious.
Paul M