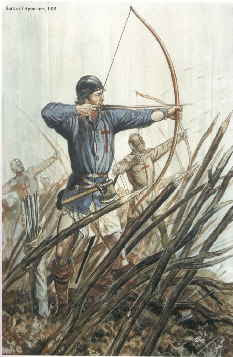 Hold fast to the past, the old man said,
His fingers frail as seaweed fronds,
Fluttered upon the sheets as black ribbons,
In the slow, soft sob of an ebbing tide.


He had witnessed in the wilderness, unspeakable deeds,
The sins of a century which darkened his soul,
Each evil sat upon its dais, as a devil upon a grave,
Whilst the restless future fared forth, seeking new riders.


This famished flotsam had once nocked a bow,
And fingered free arrows of war, sleek killers,
Which whispered vicious as they sought the boss,
Casting fire and fury upon nations, presidents and kings.


For this shell had fought the monsters,
Who issued the orders that others obeyed,
Yet the years have left only a hollow husk,
And nothing remains of the man inside.


Blinded now, only the shadows of his loss linger on,
As a familiar scratch in his flare scorched eyes,
Where hung upon the wires, are torn and tattered flags,
Each wilting as a flower, symbolic of our betrayal.


Lady Paramount will bestow her blessings,
History as she is known, for she has the last word,
The quiver is as empty as an open grave,
And only the point is left behind, that war is hell.

Posted by Defender of Liberty at 12:40