FUCK THIS GOVERNMENT AND THE PC STATE 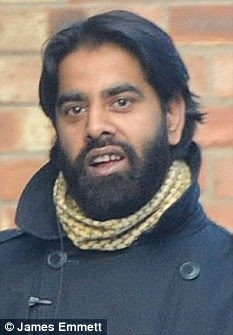 Azard Ali - I am above the law due to my religion. I can say what I want and nothing will happen to me. I will will not be sacked even though I support the murder of British soldiers.

Join the BNP, get kicked out of the police.

Join the BNP, get kicked out of your trade union.

Join the BNP, get sacked from the Prison Service.

Join the BNP, get barred from the Methodist Church.

Join the BNP, you cant be a priest in the Church of England.

In the same week that two White Nationalists were sentenced to four years in prison for posting 'offensive' articles on the internet, neither of whom had ever put up articles that sought to propagandise or propogate the notion that the killing of ethnic minorities is ever acceptable, we can see that a sick and pernicious double standard applies.

Racism against whites is acceptable.

Propagandising the idea that the murder of British soldiers is justifiable is acceptable.

Propogating the notion that Islam justifies the murder of British soldiers is acceptable.

Yet holding a 'racist' opinion and expressing that in public is a criminal act worthy of a sentence given to murderers.

A Muslim civil servant suspended amid claims that he used his personal website to justify the killing of British troops in Iraq has returned to work at the Treasury.

Azad Ali, an IT worker and president of the Civil Service Islamic Society, was suspended on full pay for six months following comments on his blog.

In one post Mr Ali quoted an interview with an Islamic militant who said: ‘If I saw an American or British man wearing a soldier’s uniform inside Iraq I would kill him because that is my obligation.

'If I found the same soldier in Jordan I wouldn’t touch him. In Iraq he is a fighter and an occupier, here he is not. I respect this as the main instruction in my religion for jihad.’

Sir Gus O’Donnell, Britain’s most senior civil servant and patron of the Civil Service Islamic Society, ordered that Mr Ali be suspended while an investigation was carried out.

It is understood there were concerns that Mr Ali may have breached the Whitehall code of practice that restricts civil servants from political activities.

The investigation has now finished and Mr Ali has returned to his job.

A Treasury spokesman said last night: ‘Azad Ali is back at work. The Treasury has dealt with the matter in accordance with our disciplinary procedures. We will not comment on individual cases.’

Posted by Defender of Liberty at 02:15

Not the only person with this view. We have to unite and rise up against the powers that control us and take back our beautiful country.

i agree totally...its time for us to take our country back...if nothing gets done soon im gonna have to do summat stupid...

The government are paving the way for civil hatred. We should not concentrate on these personally immoral muslims, but remember who invites them to live here and allows them to defend their rights but not ours, The government. Democracy in this country is set up between Labour, Conservative and Liberal, the most mundain political parties in the country, SAVE YOUR COUNTRY, YOUR NOT RACIST IF YOU VOTE BNP, THATS ONLY WHAT THE MEDIA TELLS YOU.