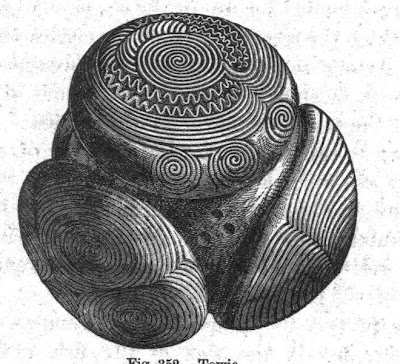 Image - petroshpere from Scotland - triple spiral symbol. Symbols of cell division, buried inside Neolithic tombs - they represent the actual moment when cells divide. Hence why they are fund buried in tombs, to ensure the spiritual process of rebirth is begun. They are the oocyte, and the petrostones represent the moment the fertilised egg becomes the Zygote - when it begins to divide and split. 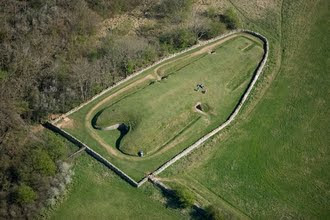 These three cauldrons are represented by the three spirals. They represent spiritual evolution.

Here the bones of the dead are placed in the cauldrons so that on a midwinter solstice they are reborn in the Otherworld.

The fact that many tombs, such as Belas Knap, represent the female form shows us once again the symbolism of the spirals associated with the female form.

The Cauldron = the Holy Grail.

Listen to her speak 3 minutes on "based on Boadica", the Celtic Warrior Queen.

As they Historically tantalise us, the Jewish Zog box wheels keep spinning

As our enemy becomes victorious against "the eternal enemy", they rub their hate for all to see !

I have been doing some 'cultural' work realted in part to sacred sites and cultural renewal. Not sure how to catergorise it.

Haven't shown it to anyone.

If you want to have a peek, could send you the vid/images