The Tale of Harry Cannab 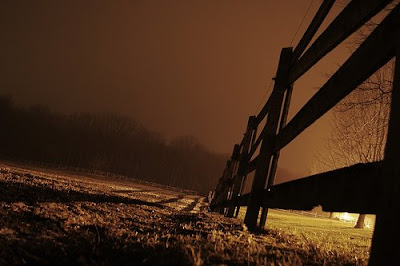 This is a poem based on an old folk tale of the Clent Hills where my cousin used to live.

The Tale Of Harry Cannab.

At Yule when the veil between worlds is thin,
The dead may rise and roam amongst men,
Criminals unpunished bolt tight their doors,
As the Wild Hunt rides with its devils abroad.

A baying pack of infernal black hounds,
Hunt down their quarry if gone to ground,
Muzzles dripping sparks and molten lead,
Red eyes ablaze with the hell fires of death.

From demonic depths the hounds have risen,
Summoned forth to do their masters bidding,
Swift as bats awing through the starry night,
The dead awaken as the phantoms take flight.

In Halesowen police sirens scream and wail,
As baying bloodhounds sniff and scent a trail,
Upon a bloody street a man lays killed,
As a fugitive flees into the dark Clent Hills.

Two friends had fought for a fey girls kiss,
A pistol was raised before a proffered fist,
One shot rang out and a man left dead,
Laid cold on the ground as the other fled.

Through bramble and gorse, thorny furze,
The snags and snarls of winters curse,
The hunted man runs, slips and slides,
Seeking in the misted hills a place to hide.

Wet bracken black as a widows veil,
Slick with slime, clags and assails,
The trees conspire to block his way,
Soon the path is lost and he is led astray .

He rests awhile beneath the horned moon,
That rises from the foggy forest gloom,
Soaked to the skin his teeth chatter,
As he hears nearby a ghostly clatter.

Through the trees he sees the phantoms fly,
Corpses on horseback, the wild hunt rides
Spectral steeds whose hooves flash sparks,
And a pack of hounds that scream, not bark.

The master cracks his whip upon their backs,
That devil known hereabouts as Harry Cannab,
In the distance now he can hear a tolling bell,
As the black gates open to the depths of hell.

Bella in the wych elm screams with glee,
As the wild hunt passes and sets her free,
Her fingernails black with sodden bark,
She runs with the pack in the forest dark.


Headless saint Kenelm joins the fray,
His severed skull left where its lays,
Over all seven hills the wild hunt rides,
Seeking the guilty and taking their lives.


Closer come the hounds upon his trail,
Faster and faster he runs but to no avail,
He can feel their fiery breath upon his heels,
As the blood in his veins begins to congeal.

Then a tree root makes him stumble,
He falls hard and takes a tumble,
In a moment the pack swift surround,
Their trapped quarry and gather round.

In a circle of despair the killer awaits,
Not knowing what will be his fate,
The black dogs gather and drool with glee,
Hungering for his flesh, their savage feed.

Rotting corpses gather to laugh and point,
With fingers formed of skeletal bone joints,
Maggots writhe free upon their tongues,
The flesh rancid green from being long hung.

Centurions with their limbs hacked off by Kelt axe,
Stand beside Saxons felled in war with seax,
Ghosts of the English civil war with rusty muskets,
Assemble beside the foul fruit of the iron gibbets.

Harry Cannab steps down from his black horse,
Puts a chain round his slaves neck and ties it taut,
Remounts the demonic steed and whips its flank,
And drags the killer down the mossy banks.

As ravens rise from carrion the pack takes flight,
Dragging him screaming through the wintry night,
The rusted chain tightens hard around his neck,
But for him there will never be the peace of death.

Over the frost rimed hills the wild hunt rides,
As country folk in their cottages pray and hide,
Red hot cinders fall on their roofs of thatch,
As the pack returns to hell with their catch.

In the morning the locals all know the score,
That the killer in the hills will be seen no more,
So the local copper decides to close the case,
And orders an end to the pointless chase.

Posted by Defender of Liberty at 04:54

The Clent Hills are a beautiful place; I spent many a childhood day there.

A lovely place to go walking if you live near the area.

I don't really agree with your politics, but you are a talented poet. I keep reading your blog because of this.