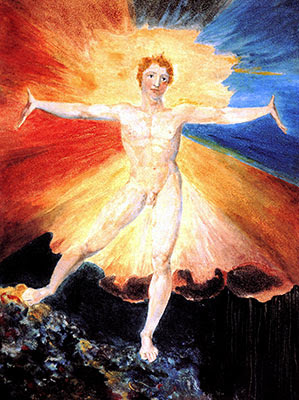 Any religion that allows children to suffer due to adherence to its dogma - is not a religion, it is a cult of evil.

Any religion that demands the sexual mutilation of young men by circumscision or that regards female genital mutilation as acceptable, is a religion of sin and sickness - not of the Spirit.

No child should suffer mutilation due to the sick cult beliefs of their insane parents in the name of an insane god.

Any person who would deliberatly ignore science and marry their cousin due to cultural, economic or religious reasons, should be forced to be sterilised before they are allowed to do so.

To bring children into this world corrupted and crippled with the genetic legacy of incest is the actions of madmen and women.

I believe that human beings were given by God / Nature our intelligence to enable us to self evolve - to use our intelligence and creative self evolution to cleanse the human genome of all inherited diseases and defects via genetic engineering so that no more children have to be born into this world crippled and suffering due to inherited birth defects.

With Creative Self Evolution mankind can cure all diseases, heal the sick and perhaps even conquer death itself so that one day in the future, mankind can leave Earth and head out into the stars as a new species - not as Homo Sapiens but as Homo Celestial - and colonise the universe.

Homo Celestial would be a mankind whose genome has been fixed via genetic engineering so that no sickness, diseases of cancers occur due to DNA defects. Homo Celestial would be engineered for enhanced intelligence and for extended life spans, with the ability of the body to self repair in the event of injury.

Homo Celestial would be a human species engineered to spread life throughout the universe and to allow mankind to colonise the exo-planets we find amidst the vastness of space.

Humanity is at a transition point, for at the same time aswe have developed nuclear weapons of mass destruction which can destroy the whole planet in minutes we have also developed the technology of genetic engineering to liberate all mankind from sickness and disease.

Instead of focusing our technologies and resources on waging war against each other - mankind should be waging a war on disease and sickness via genetic engineering - but instead of thinking of the future we are squandering our resources on developing weapons of war.

Death reigns instead of Life.

The animal in man, conquers the Divine in Man.

Man must turn his attention inwards and direct his intelligence and technologies to conquering death and sickness within himself and in creative self evolution.

Instead of waging war on others, we must wage war on the sickess and diseases that resides within us all human beings - and this is a war against the inherited genetic defects of a defective species of animal.

That defective animal is man.

Must transcend his animal nature and transcend the inherited genetic defects of an animal.

Only when mankind have removed all those genetic defects - do we transcend the level of the animal and become masters of our evolution and destiny - The Star Man.

Mankind must evolve as a species so that we can leave Earth and colonise the stars.

Failure to do that will result in the eventual destruction of the planet and the extinction of all humanity, either by a nuclear war or by the slow suicide of human over population and new diseases as Nature strikes back against the human plague that will threaten the ecology of the planet.

Mans destiny is to allow man to evolve to a higher post-human species.

Laws that allow people to marry their cousins are laws that disgrace humanity and deny us our path to the stars.

Professor Steve Jones, from University College London, said the common practice in Islamic communities for cousins to marry each other increased the risk of birth defects
Inbreeding among British Muslims is threatening the health of their children, a leading geneticist warned yesterday.

Professor Steve Jones, from University College London, said the common practice in Islamic communities for cousins to marry each other increased the risk of birth defects.
‘There may be some evidence that cousins marrying one another can be harmful,’ he told an audience at the Hay Festival.

‘We should be concerned about that as there can be a lot of hidden genetic damage. Children are much more likely to get two copies of a damaged gene.

‘Bradford is very inbred. There is a huge amount of cousins marrying each other there.’
Studies have shown that 55 per cent of British Pakistanis are married to first cousins – and in Bradford, this rises to 75 per cent.

Other research has found that children of first cousins are ten times more likely to have recessive genetic disorders and face deafness, blindness and infant mortality.

But Prof Jones’s comments provoked anger among some Muslim groups yesterday.
Bradford city centre. Studies have shown that 55 per cent of British Pakistanis are married to first cousins - and in Bradford, this rises to 75 per cent

Mohammed Shafiq, chief executive of the Ramadhan Foundation, which promotes the image o Muslims in Britain, said: ‘I know many Muslims who have married their cousins and none of them have had a problem with their children.

'But I find Steve Jones’s comments unworthy of a professor. Using language like “inbreeding” to describe cousins marrying is completely inappropriate and further demonises Muslims.’

Concern about the risks to children from first-cousin marriage has been described as the last great taboo.

Former environment minister Phil Woolas was rebuked by Downing Street in 2008 for saying British Pakistanis are fuelling rates of birth defects by marrying their cousins, with the spokesman for then prime minister Gordon Brown saying the issue was not one for ministers to comment on.

Mohammed Saleem Khan, chief executive of the Bradford Council for Mosques, said: ‘It is important to discuss these issues, but I just do not know of any firm evidence backing up Professor Jones’s claims. I think we need more conclusive studies so we can know for certain if there is any genuine risk.

'Marriages between cousins is certainly common within south Asia, but it is becoming less so in Britain and also in Bradford. Islam allows you to marry anyone you want, so in many ways Islam promotes diversity.’

In his talk, Prof Jones said inbreeding was not confined to Muslims, and historically had occurred in every part of society, including the royal family.

He said: ‘We are all more incestuous than we realise. In Northern Ireland lots of people share the same surname, which suggests a high level of inbreeding.

‘There’s a lot of surname diversity in London but if you look at the Outer Hebrides there are rather fewer surnames in relation to the number of people.’

who
Posted by Defender of Liberty at 03:21

Im sure a biologist of prof Jones standing could have used a few more choice biological terms to describe our muslim community. In truth biologists understand axactly what is happening in society and are smeared and discredited at every opportunity, take multiculturalism for example. A basic understanding of biology shows us that every species has its own niche, ie, red and grey squirrels, and when niches overlap one group will force the other group out until one group dominates. Multi culturalism must be supported through political meddling in order to stop one culture dominating all others but this can never stop, left alone one dominant culture will always emerge. Multiculturalism by definition is unsustainable, temporary and un natural, politicians know this so what is the ultimate dominant culture to be?

Harsh as it sounds, this Moslem tendency to close blood relationships is one of Britain's best lines of defence against the Moslem invasion, especially insofar as Brits don't have to take any direct action.

However, what's happening is really a form of God's mercy to this nation, like the way the common cold devastated the aliens in the screen version of War of the Worlds.

Back in the late 1960s, it was found that American blacks produced per capita 6 times as many feeble-minded adults as whites. In-breeding is a feature of black 'culture' too and race-mixing tends to sterility.

The main thing is to stop immigration. Then, even without enforced repatriation, the invaders will eventually inbreed themselves to extinction, or to such a state of enfeeblement that they will not be able to mount any effective resistance to the indigenous Caucasian population.

The trouble with relying on Genetic fitness to save us leaves out one important point, they have help.
IE, left to itself, yes they would not evolve as dominant, but remember they have help, for example, we are already being squeezed out of Jobs, with over 80% of new jobs being given to migrants since 1997.

The Genocide you never hear of