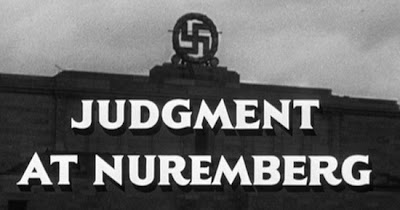 A basic and universal principle of the legal system is equality among men. Nobody would accept a discriminating court as fair. All murderers should get the same punishment regardless their religion and ethnic group differences. All of them should get the same punishment regardless who did they kill. Assassinating an old man is a no less terrible event than killing a baby.

Northern Atlantic states often pride themselves on their legal system. In the UK it even replaces a formal constitution. Moreover, the same countries often criticize other countries on account of their different legal practices; Myanmar is a good example in this category. Northern Atlantic states have systematically imposed their judicial and political system on their former colonies; i.e. on most of the world. No questions are accepted by them on their holy system.

Everything related to the Northern Atlantic states looks bright on the Western mainstream media. You look at news reports from a western court (does Guantanamo count?) and you almost want to drop a few thankful tears for these precious institutions of Justice. Then – a tear hanging from a handy eyelash – you put together two news apparently unrelated items and the tear is pulled back into the eye faster than the speed of light. This strange effect has been reported as happening in extreme cases of awakening from Coca-Coma.

On May 12, 2011, John Demjanjuk was found guilty of helping to murder around twenty-eight thousand Jews at Sobibor in World War II, by a German court in Munich. Strangely, this was the third time the man was on trial for the same alleged crimes. In the 1980s, an Israeli court identified him as "Ivan the Terrible", a sadistic guard at Treblinka, and sentenced him to death. In 1993, his conviction was overturned after new evidence showed that another Ukrainian - Ivan Marchenko - was probably the responsible. Then, in 2002 his American citizenship was revoked after a district court judge ruled that there was sufficient reliable evidence to prove that he had been a concentration camp guard, if not at Treblinka. Later, in November 2008, state prosecutors in Munich announced they had enough evidence to prove his involvement in the murders of Jews at Sobibor. Now, he was convicted there. It seems somebody wanted him convicted somewhere, of any possible crime, regardless how many trials would he need to pass for the same events.

The Israeli part of the saga was especially interesting since it was the second instance a special law (Hok Le’Asiat Din BaNatzim) enabling the trial of Nazis had been applied. The first time was with Adolf Eichmann, who was illegally kidnapped by Mossad from Argentina. The part of special interest is that this law is a retroactive law, since the State of Israel didn’t exist during WWII. Retroactive laws cannot be accepted as fair practice, regardless the justifications used for their approval.

In the German trial, prosecutors argued Demjanjuk was recruited by the Germans to be an SS camp guard and that by working at a death camp he was a participant in the killings. No evidence was produced that he committed a specific crime. This was the first time such a legal argument was made in a German court.

This is critical. For the first time a German court recognized a person has personal responsibility for actions requested by the state. This is good. If your commander in the army orders you to kill a granny, or a mother and her children, you should refuse; Israeli soldiers recently miserably failed this test.

This is also bad. Because the German law system applied this virtuous behavior only against alleged Nazis collaborators.

When East German collapsed, I was thrilled. I could imagine the trials of the Stasi network: informants being finally accused by their victims and facing justice. The Western media had bombarded western denizens for decades with stories about the abusive soviet regimes and their bestial servants: Stasi, KGB et al. Yet, nothing happened. The extensive archives of the Stasi were shown to the public – from far away - and then no additional word was heard about the informants. Apparently they were absorbed by the unified German security services. Stasi 2 was born, a predecessor to what now is known as Stasi 2.0 – the obsessive and illegal communications surveillance performed by modern Western governments.

Judge Alt – you who had found Demjanjuk guilty based upon a noble principle of law – can you stand in front of the People and explain why the Stasi state-criminals are walking free while probably enjoying state pensions? Is the difference that you could accuse Demjanjuk of killing Jews, while there were no Jews in East Germany? Can you explain (please, I beg from you), or – as with the War on Terror - this would stay as another unsolved riddle of the wrongly called “Western Democracies?” Judge Alt, you had just began the German Law Holocaust.

Hosea 8:7 For they have sown the wind, and they shall reap the whirlwind

The other side of the story -

The war against Germany was because Hitler freed them from the Zionist bankers and Marxist poison.

The Germans never regarded themselves as the "Master Race". They simply wanted to be free, and to free others in the process.

"Our race is the Master Race. We are divine gods on this planet. We are as different from the inferior races as they are from insects. In fact, compared to our race, other races are beasts and animals, cattle at best. Other races are considered as human excrement. Our destiny is to rule over the inferior races. Our earthly kingdom will be ruled by our leader with a rod of iron. The masses will lick our feet and serve us as our slaves."
- Menachim Begin, to The Knesset

Compare with what Hitler really spoke about -
http://www.youtube.com/watch?v=n134uPfn_VA

Declaration of war on Germany ----

Call me a nazi, racist, fascist, denier or whatever you like. I don't give a shit, and neither should any of you.
Confront the enemy and expose the truth, or continue to eat the shit and lick the feet of the "Master Race".

You're right, there is no real law in the West anymore, they just make it up as they go.
The Law has become a game, played with words, usually for money or control.

Senator Traficant on the Demjanjuk Case

A total disrespect for an old man.

We are NOT the Nazis in this world.

Speaking of the law,

A Case for Treason

Evidence for the prosecution

Solar7, we now know why the evil, wicked scum who committed these terrible attrocities block the history of Russia and will invariably do the same again to our people. As you will know it is the plan.

The hate of the no-hopers -

Which might tell you the political leanings of our fucking scurity services, stupid cunts, don't they realise the shit hole they are creating for their children.
Oh wait, stupid cunt I am, I forgot, they're liberals, their all in liberal same sex relationships, they don't have children to worry about.

When you get into no 10 Lee, I want to be in the firing squad.

Excellent article by Gilad himself a jew.


On March 24, 1933, The Daily Express (London) published an article announcing that the Jews had already launched their boycott against Germany and threatened a forthcoming "holy war". The Express urged Jews everywhere to boycott German goods and demonstrate actively against German economic interests.
The Express said that Germany was "now confronted with an international boycott of its trade, its finances, and its industry....in London, New York, Paris and Warsaw, Jewish businessmen are united to go on an economic crusade."

Jewish texts tend to glaze over the fact that Hitler's March 28 1933, ordering a boycott against Jewish stores and goods, was an escalation in direct response to the declaration of war on Germany by the worldwide Jewish leadership. In fact the only Jewish enclave that is willing to admit the historical order of events that led to the destruction of European Jewry, is the anti Zionist Jewish Orthodox sect known as the Torah Jews. I assume that, similarly, once things turn sour between America and its Jewish lobbies, Jewish tribal ideologists will be the first to forget that it was the Jewish American establishment that worked so hard to nourish the inevitable animosity.

If you wonder why Jewish politicians repeat exactly the same mistakes time after time, the answer is easy. Jews do not know their Jewish history for there is no Jewish history.

like everything else we were fed only half of the story!!


Persecuting a man in his 90s tends to show the Jewish character of Bolshavik Russia.