Ring Him Up - Tell Him How You Feel 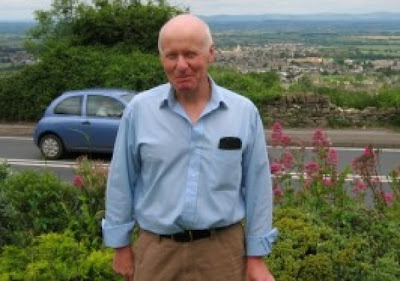 This scumbag thinks the British people have no right to march to demand justice for Charlene Downes, he also seeks to equate the EDL with the gangs of paedophiles that infest Brighton.

What a communist twat.

No wonder people no longer join trade unions with wankers like this guy running them.


A CONTROVERSIAL Bank Holiday weekend rally will take place on the headland at South Pier, it has been revealed.


Police today confirmed the location of the event organised by the English Defence League after fears were raised it would disrupt town centre trading.

The news comes as trade union bosses slammed the rally, which is calling for justice for missing schoolgirl Charlene Downes, due to be held on Saturday May 28.

Peter Billington, secretary of the Lancashire Association of Trades Union Councils (LATUC), said the EDL were not welcome.

Members of LATUC are now calling on the Home Office to ban this demonstration because of its potential for violence.

He said: “This conference opposes plans by the EDL and they are not wanted in Blackpool.

“At the April EDL demonstration in Blackburn, members of the group fought among themselves in brawls.

“Ten of them were arrested for offences including assaulting a police officer, breach of the peace, and affray.

“The march cost £500,000 according to Lancashire Police Authority.”

The march is in response to the police inquiry into missing teenager Charlene. Two men were charged with murder and disposing of her body but later acquitted.

But Mr Billington said the EDL were in no position to make judgements on a criminal inquiry.

He added: “The protest is supposed to be about teenage girls in Blackpool who are victims of grooming or sexual abuse.

“We say the EDL is in no position to sit in judgement on anyone.”

EDL supporters say they will bring thousands of supporters to the rally.

But police say they are confident of a peaceful rally.

The only place for a cnt like this is to send him to a womens prison, that will sort his Communist rantings right out.
Or wait till we have a Nationalist Goverment and hang him like all the rest of the filthy pervert traitors.

Why would this liberal not want public exposure of a Horrific Crime.

I wonder what the state is trying to hide.

If you look into events you will find that the powers that be, (by which I mean the real powers that be) think of us as Chattel, Products and have changed our laws to that effect, hence our laws are no longer about humanity or civil society but about profit and control, and facilitating their deviations.
The other thing you will find out is that many of the powers that be in the establishment are into the Occult and child abuse including organ harvesting ( this went on recently in Israel and Kosovo well documented even in the MSM )

The most well known case is the Hollie Grieg case in which it is aledged that the Scottish Protectorate is protecting a Paedophile ring.
The Hollie Grieg Case

Satanism in the US widespread

Jordan Maxwell, you are PROPERTY of the Rothschilds

A few cases might be 'normal' but as Fmr FBI Chief Ted Gunderson will tell you, Child sexual exploitation is organised from within the highest echelons of Power in the Western World.
Look into Bohemian Grove, attended by Every US President for the past 200yrs, and Tony Blair recently.
At Bohemian Grove they worship an owl called Mollech and carry out RITUAL CHILD SACRIFICE, a ceremony known as the Cremation of Care, look it up.

Incidentally, in case you hadn't realised, this is why the state loves cases like the Baby P case, it gives the state the reason to take children from rheir parents.
Remember the Shrimpton Briefing you ran also said that many of our former senior politicians including Senior EU officials have / had particular fondness for children.

Sorry about the no of links but serious alegations require backing up.
These are the sort of things that will get the apathetic public off their behinds and take an interest in what is being done to our country.
There are a lot of parents out there looking for someone to highlight these issues, maybe it should be a Nationalist issue.