The EDL = the new UAF Bogeyman 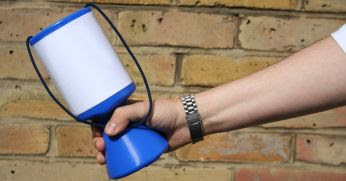 Image - Gotta keep that myth of the Nazi menace alive in society so Searchlight and the UAF can make money from frightening people.


If you are really, really bored - Go onto the Lancaster Unity site.

In the last week they have published 7 articles out of 9 attacking the EDL.

If there were any proof needed that the BNP was now finished as a money making threat to scare the liberal horses, the UAF and Lancaster Unitys new obsession with the EDL proves it.

The EDL is the new cash cow boogyman.

The BNP is now about as scary as a rubber rat.

I wonder if the UAF know they are stooges for the corporate fascist elite set on the genocide of an entire race!

It always makes me laugh to read their immature drivel fighting fascism when they were always main corporate imperialist supporting fascist force supported by thge corporate media as they fitted the corporate fascist media's agenda.

I often see them proclaim their left will credentials yet they only excist to prop up the fascist elite and the second they could enforce ANY for of marxism they would be stamped on buy the hand that feeds them and called terrorists by the same people who give them their false sense of social approval.

they are the most unfree thinking sheep of all of society who would follow the same comformists that followed hitler should the state lead them in that direction with enough pear pressure.

They would be the first to sign up for the ss as the conformists they are.

fascists and racists is all they are, they are the taltal opposite of all they claim and they have done everything to undermine the working classes and create ghettos poverty and more misery.

There is absolutely nothing positive that has come out of this group, not for the British, the immigrants, the working classes, nothing, while most of them don't even get a tourists view of the real working classes and the suffering they create with their ignorant hand fed state propaganda and dogma.

They are the new brownshirts, who will soon be redundant whrn the state actually adopts the EDL to do their dirty work.

They don't give a fuck ..the only way to win is stop playing by their rules. There should be a penalty for being an arsehole and it should be enforced. Then we'll see change. politic's and law are shaped by our enemy's. If we play our own game we'll win. However it will need to played by big boys , by big boy's rules.