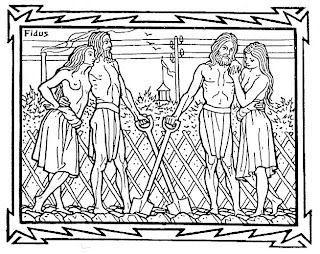 The philosophy of Environmental Nationalism is ‘Living With Nature‘, and not as at present under the existing political and economic systems, ’living off nature’.

The former is based on sustainability, whilst the latter is predicated on exploitation.

The former is a based on the model of a Sustainable Economy and social development within an national environmental context.

We must commence the Green Revolution.

Contemporary forms of political and economic forms such as International Communism as a Command Economy and Global Capitalism as a Demand Economy, have almost destroyed the global eco-sphere.

Both Global Capitalism and International Communism saw the environment simply as an aspect of economic development, and not as the very basis of life itself.

Destroy the national environment and you destroy both the nation and the people.

Both Global Capitalism and International Communism sanctioned the exploitation and abuse of the global and national environments and rejected the concept of sustainable development.

The ends justified the means mentality, that dominated both the utopian pursuits of profit and proletariat, regarded Nature simply as an utilitarian abstract of no value other than as an economic issue or an ideological issue.

This has led to massive industrial pollution of the planet, thousands of carcinogenic industrial toxins poisoning our blood, the rainforest devastated, the oceans plundered and poisoned, entire species of animals gone extinct and accelerating rates of climate change.

In order to achieve the goals of the Green Revolution, which is national sustainable societies, this requires we organise our national community and national economy in a way radically different to now.

Primarily though it requires communities composed of individuals motivated by the ideals of Environmental Nationalism to create those communities that will give form to the Green Revolution.

The aim of The Green Revolution is democratic de-centralisation.

Power must be devolved to individuals and communities.

Everything from energy production, food production, recycling and all forms of work must be re-localised.

1) Community Farms that produce food for the local markets

4) The 100 % Independent Energy Economy - the aim of the policy is to create a mixed independent national energy production economy that supplies all our total energy needs, with the aim to create an integrated 100 % renewable energy system.

5) The concept of GDP in economics must be replaced by the concept of EDP ( Energy Domestically Produced) which is an international energy trading system that allows nation states to trade energy. A nation which is able to supply its own internal energy needs from renewable sources is the nation that will dominate the 21st century. Clean energy technologies and renewable energy production systems will be the technologies of the future that will create a New Industrial Revolution. The nation that creates these new energy systems and supplies them to the rest of the world will not only save Mankind and the planet, but will also be the global economic power house of the future.

The economics of oil are about to be replaced with the Economics of Energy when Peak Oil hits.

The Oil Age will lead to the Eco-Conflict Age unless we create new technologies capable of sustaining future energy needs and to ensure nation states do not go to war to get the resources they require to keep their populations under control after Peak Oil.

The role of the State during the Green Revolution is to lay down the national infra-structure framework required in order to devolve power back to local communities and to ensure sustainable social development and at the same time ensure future national security requirements are met.

The State at the level of National Security must assume more national powers and therefore by necessity must repatriate all those powers that are required for this from all supra-national institutions which have been delegated or devolved those powers by previous British governments.

The State must ensure National Security in the following areas ;


Whilst power must be devolved back to the people and communities, the government must also repatriate all those powers it requires in order to ensure our national security interests are protected.

This means the Liberal Consensus and its parasitic spawn, The Servile State, must be swept away into the dustbin of history.

So also must the concept of the New World Order and its succubus of International Consumerism which is called Globalism.

The rise of Environmental Nationalism is like the coming of a New Dawn. It is a vision that could benefit both Nature and all mankind, as it is truly universal in scope and design and by sheer necessity.

It is the simple vision of a more beautiful future for all mankind - a future of clean blue skies, unspoilt oceans, clean energy and pollution free cities, a world where Man lives in harmony with Nature.

A world where Men regulate their reproduction with as much regard for nature as they regulate their daily lives, a place where future generations of children will experience the simple pleasure of drawing in deep cool breaths of clean air instead of toxic traffic fumes, a place where poets still find their muse in the form of tigers burning bright in the forests of the night, where whales still sing in the deep seas and a world where ancient forests, coral reefs and snow clad mountains still inspire us with their majestic and wild beauty.

A world where the eye of lonely wanderers may still be enchanted by the sight of eagles soaring in the distant sky, where our hearing is haunted once more by the howl of the wolf in the wild woods nearby as they hunt red deer, and where beavers splash in crystal clear lakes filled with salmon. A place where bird song fills the room when we first we wake up and where alongside tree lined city streets are parks filled with fruit orchards for all to come and pick and eat for free.

Britain can be a cleaner, greener high technology and far freer society.

Imagine a Britain connected by brand new high speed railway networks and tram systems which are low cost and ultra-efficient. Most goods are transported on the railways , trams and canals instead of on the roads. Cars are low pollution and powered by hybrid engines, and the roads far less busy. Local farms produce local foods that are then sold in local markets to local people. All children have free meals at school including a breakfast and lunch and evening meal. Those who leave school at 18 will do National Service for a year either on the land as agricultural and harvest workers, in the military, in hospitals as hygiene orderlies responsible for cleaning hospitals or as carers in old peoples homes.

People work locally in newly opened factories and businesses, renewable energy plants and community farms. Workers will return to the land and villages and we will ensure priority for local homes are given back to local families. Local schools will teach the children our local customs and traditions and local hospitals will take care of the sick. Workers are able to work from home due to advanced internet computer networks and government taxation encourages home working. Domestic production of most-commodities employs local people instead of employing workers in China and India whilst profiting the directors of private equity firms based in the United States. Farmers have a guaranteed home market for their products whilst the government ensures strict animal welfare, land use and land pollution controls. Intensive agriculture and factory farming is replaced with Integrated Farming, which is the best of sustainable farming techniques combined with high technology farming, products and tools.

Our control over our oceans is reaffirmed and we ensure that both our national fish stocks are protected from foreign exploitation and also over fishing.

The British army and navy guard the docks, ports and airports of the country instead of patrolling the streets of Iraq and hills of Afghanistan and a new National Border Police Force check all imports into the country on boats, trains, cars and planes rigorously ensuring they comply with the strict environmental import rules as regards foreign imports and also to ensure no illegal entrants enter the country.

Millions of illegal immigrants, illegal entrants, foreign criminals, bogus asylum seekers, economic migrants, ex-asylum seekers and visa overstayers present in the country will be deported by the Citizenship Courts we to set up who will adjudicate on the claims of those who assert they have a right to stay in the country.

The National Border Police Force will also take charge of a national population audit to ensure national security. New national insurance numbers and passports will be issued to all legal citizens whilst all those who are nor legal citizens will be denied all access to benefits. It will become a severe criminal offence to employ illegal immigrants or to assist in illegal entrants evading the law.

Low Risk Prisoners will be expected to work for their keep, and this will include labour on the new national infrastructure projects. They will be electronically tagged and housed in mobile facilities to assist in the building of new railways, canals, infrastructure projects etc. They will be paid for their work which will be used to assist them in their rehabilitation and they will also trained on the job to learn new skills to help them back into employment when they leave prison. Those that refuse to comply will suffer corporal punishment and harsh conditions including forced unpaid labour.

The death sentence will be applied for capital crimes and also will be applied retrospectively for all those convicted criminals such as Ian Huntley, Sidney Cooke and Peter Sutcliffe who can never leave prison for the protection of society, and also for all convicted Islamist terrorists and their supporters and funders. This will free up prison space and save money.

The Empire of the European Union must be democratically deconstructed from within, and in its stead a Europe of Nations, Europa, constructed that allows the nations of Europe to work alongside each other in defence of European culture, civilisation and security.

We are not hostage to the Liberal Consensus and reject entirely its bogus sentimentality for the criminal and the degenerate.

The sick, sentimental delusions of the liberal conscience have caused a social disaster in our country.

This disaster can only be fixed by actively fighting back against the delusions that spawned it.

We must reject all the lies of the Liberal Consensus and place the interests of the Natural Order first at times.

The Land and the People are one.
Posted by Defender of Liberty at 10:07

A magnificent manifesto for the future of our people and the Land we depend on.
We also have to re-evalute what as human beings we actually need to sustain worhtwhile living. The days of mass consummerism must come to an end. We have to move away from a 'throw-away society' and learn once again the value of goods and not just the price.

What words... super, an excellent idea