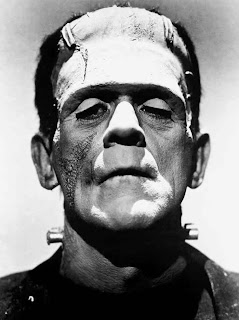 The creation of the state of Kosovo is going to destabilise the whole of Europe. A Muslim puppet state of the US carved from Christian Serbia with Islamist terrorism and NATO bombing whose very existence is a declaration of war against all sovereign European nations.

The vote in the Kosovan puppet 'parliament' of the UN and US to declare independence was boycotted by all six non-Muslim MP's, whilst 109 of the Muslim MP's all voted for independence.

We all remember the speeech by General Wesley Clark during the bombing of Serbia that "There is no place in modern Europe for ethnically pure states. That’s a 19th-century idea and we are trying to transition into the 21st century, and we are going to do it with multiethnic states.”

It appears that whilst Christian nations must bend over backwards to accomodate and appease every Muslim demand, when it comes to Muslim nations like Kosovo taking any notice or having any consideration for THEIR minorities ( such as Christians) then the Wesley Clark rule is forgotten.

It appears that Muslim only nations run by terrorists and gangsters that ignore, murder and repress their non-Muslim minorities is fine, as long as they are not designated by morons like Clark as 'ethnically pure states'.

It appears that pure Islamic states are fine in Europe, but not nations run by their people for their people.

The KLA were a product of the CIA, funded by the US and trained by British special forces. They were funded from heroin sold in Europe and armed by the CIA.

An intelligence report by Germany's Federal Criminal Agency suggests that: "Ethnic Albanians are now the most prominent group in the distribution of heroin in Western consumer countries."


The war against Serbia was an illegal war and the governments that ordered the NATO air strikes on Serbia guilty of war crimes.

The end result of the attack on Serbia for the UK has been an influx of gangsters, arms smugglers, sex slave gangs and cheap Afghan heroin imported into Britain via the Albanian crime gangs that flocked to the UK under the pretext of being ‘asylum seekers‘.

The two dark streams that drown the world in misery, oil and heroin, both flow through Albania into Europe.

I bet many people are still asking them the questions ' what the hell were we doing bombing Serbia - well the answer as always is oil.

The UN-sanctioned war in the Balkans was all about oil and the pipeline easement for Caspian Sea oil to Western European markets through Kosovo to the Mediterranean Sea. When Yugoslavia refused to play ball with the International Monetary Fund, the U.S. and Germany began a systematic campaign of destabilization, even using some of the veterans of Afghanistan in that "war." Yugoslavia was broken up into compliant statelets, and the former Soviet Union was contained. The outcome: the de facto U.S. occupation of Kosovo--where America built its largest military base since the Vietnam War.

The Caspian Sea area has proven oil reserves of fifteen to twenty-eight billion barrels plus estimated reserves of 40-178 billion, a total of 206 billion barrels--16 percent of the earth's potential oil reserves (compared to Saudi's 261 billion barrels of oil and America's own 22 billion barrels). Even at today's low prices, that could add up to $3 trillion in oil. With the Saudi regime tottering--an aging king about to die, widespread internal corruption creating calls for revolutionary overthrow--and a new source of oil and gas in the Caucasus, the Standard Oil suzerainty is looking to create a new regime in Saudi Arabia and develop a new center of operations in Southern Asia.

The huge oil and gas reserves in the Caspian Sea must either be moved west to European markets or south to Asian markets. The western route is to move oil from Chechnya, across the Black Sea and through the Bosporus to the Mediterranean, but the narrow Bosporus channel is already clogged with oil tankers from the Black Sea oilfields. An alternate route would be to move the tankers from the Black Sea, bypassing the Bosporus, up the Danube River and then through a very short pipeline across Kosovo to the Mediterranean at Tirana, Albania.

Kosovo is the Frankensteins monster of Europe, a monstrous creation that from the moment we begsn bombing Serbia has attacked Europe - with its gangsters, drug importers and slave traders.

One day the monster will unleash its Islamist terrorists into Europe in order to assist the Jihad.

A base for Islam has been built by the Corporatocracy, a dagger at the heart of Europe.

One day justice will come for Serbia, and Europe will bear the burdens of its treachery and shame.
Posted by Defender of Liberty at 01:56

What a cracking article.

Mmmmm, very good article. For what it is worth nations are built on race not religion. There is no such thing as a 'Christian Nation' or an 'Islamic Nation'. The main ethnic group in Kosovo are Albanian who also happen to be muslim. Kosovo is a Muslim state. Britain is a secular state as is most of Europe. Islam is a political philosophy with some mythical all powerful 'being' tagged on to give it creedence, just as all religions are. Muslims supply 95% of all heroin available in the U.K.

Pleasure to read your article.

You seem to be a thinker and
researcher.

Some very on topic information.
Many ideas you already identify
with and totally to do with
freedom, democracy, justice,
and Britannia.

So you thick racist neo nazi shit, what do you thing Clarke meant by

"There is no place in modern Europe for ethnically pure states. That’s a 19th-century idea and we are trying to transition into the 21st century, and we are going to do it with multiethnic states.”?