The Rebirth of The Sun 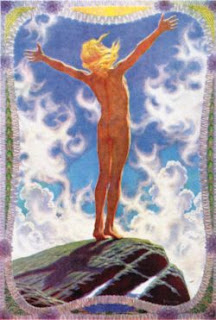 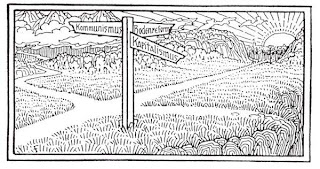 I was born in September 1967, the zenith of The Summer Of Love, when the Hippie movement was in full efflorescence and I had always assumed that the Hippies were all left wing types. Whenever a Hippie is depicted in the Hollywood movies or contemporary culture they are always shown as ethnic adoring acolytes of Lenin and Trotsky, and the ideology of the Hippies depicted as some form of insipid socialism. Their environmentalism is always secondary to their loyalty to the Liberal Consensus.

This is of course a total fiction, as this superb article asserts here ;

Following the maxim of the great English nature poet Richard Jeffries, the true Hippies understood that the secret of saving humanity, the national environment and the Earth itself was to 'Revere Your Locality' and love and protect the natural environment where you live.

This was a classic Environmental Nationalist position with clear Bio-Regionalist principles, but the left infiltrated the Hippie movement and 'internationalised' the struggle to defend the land and the Earth as this fitted their 'internationalist ' Communist agenda at the time of the 1960's and 1970's.

Then those same leftists inevitably dumped the Hippies after the end of the Cold War and then hijacked the growing environmental movement and the Green Parties and once again promoted an 'internationalist' solution to national environmental problems and global climate change.

Now those same leftists are now all in bed with global capitalists and cosying up to international big business and the UN and talking bollocks about the need for greater globalisation ( the new word for international socialism via Fabianism ) and making facile for 'tradeable carbon taxes' on big business to 'save the planet'.

At all levels of the struggle to save humanity and the planet, the leftists have rejected and fought the most obvious solution to global environmental change which is to re-nationalise the environmental struggle itself.

The failure of the environmental struggle as fought from the left was inevitable, and has resulted in the left aligning with the right, and the environmentalist movement becoming a whore to the global capitalists who are ravaging the planet in pursuit of oil and profit. Marx was wrong when he said Fascism was the final phase in the breakdown of global capitalism, it is in fact Globalisation ( international consumerism ) and Eco-Conflict - as and its first dark emanations the first Gulf War, the attack on Serbia and the invasions of Iraq and Afghanistan all driven by oil.

Marx misunderstood that the 'dialectic' that drives human evolution was not the Class Struggle, but was in fact the intellectual, cultural and technological ability of Man to unlock and utilise energy from the environment in order to sustain and increase social complexity. Marx never understood that the Energy Equation governs ALL political and social systems, and as he lived before the Oil Age then he never had to understand the implications of Peak Oil on advanced technological civilisations based on cheap oil.

The internationalism that Marx spawned has now mated with Adam Smiths concept of the global free market and created the evil spawn of Globalism (political correctness in the public realm and Consumerism in the private sphere). Both Man and Nature have become abstractions and denuded of all individual meaning and any sense of greater spiritual context.

The internationalists say ' A free man is someone who has rights but who has no Liberty', and that ' Nature can only be saved by commodifying it'.

In both cases the individual is extirpated from the Land and made a rootless wanderer, a hooded slave on stolen earth. The sacred conection that unites the people and the land is sundered, and chaos begins.

Universal ideologies demand unconditional obedience, it is only nations that can resist the delusions of the universal ideologists and act as the final bulwarks of freedom.

The environmental movement must become a nationalist struggle if our people, country, culture and environment are to survive. The liberals and leftists have opened the gates of our nation to an invading army of immigrants who have colonised our communities, whilst the gang master capitalists and middle class liberals exploit them on their farms, in their brothels and in their kitchens.

The environmental struggles to save our people, environment, culture and country have all failed.

We are swamped with immigrants and illegal aliens, our national environment is devastated and under threat, our national cultures have been globalised and our sovereignity over our country has been destroyed by our entrance into the UN, EU, Nato, WTO, etc, etc.

On all fronts, the left have led our people to ruination.

A New Front is called, that of the National Resistance.

Only through the creation of a new environmentalist movement that is nationalist in its perspective but global in its scope, can the solution to environmental change begin at the level of the ground itself upon which we live and exist, and be based on the dynamic principles of localism and community action.

We must demand an end to all immigration and the immediate phased repatriation of all economic migrants, illegal immigrants, all asylum seekers from outside Northern Europe,all foreign criminals, all illegal entrants and aliens etc that have been allowed to unlawfully enter Britain.

Britain must adopt the political principle of 'Maximum National Self Sufficiency' in all aspects of social existence.

We must seek to ensure our national energy, agricultural production and national defence systems are as independent, renewable and self sufficient as possible and achieved in a manner that is as environmentally sustainable as possible.

We must restructure our entire national economy and internal infrastructure in order to provide the framework for these internal changes to the nation to take place, and this will require government assisting all sectors of society equally at all stages of these changes in order to facilitate the transition phase as swiftly and fairly as possible.

No class or faction in society can be permitted to escape their participation in this process of national renewal, each must be allowed and facilitated to assist us in these changes.

The Britain we must become, is a Britain for the British people capable of environmentally sustaining future generations of Britons.
Posted by Defender of Liberty at 10:04

Enjoyed that post very much Lee never did understand why the hippie movement and nationalism had to be opposing forces, being somewhat of a nature lover myself. Now this explains it, hyjacked and corrupted for political purposes!

Fantastic post Lee, as usual you hit the nail on the head, keep up the good work, every time I need a lift and want to read something that makes good sense I know I can rely on your blog! cheers mate.