Paxman and his slaves 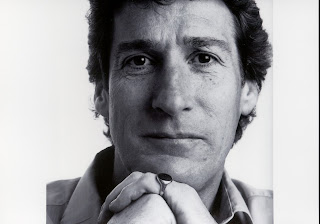 
The news that Jeremy Paxman kept two Romanian immigrant workers in his garage and paid them below the minimum wage is yet more evidence of the utter sickening hypocrisy of the British Middle Classes.

The immigrants only take the jobs of the low skilled and low wage - not the overpaid and over priveliged.

As long as mass immigration only devastates the working class then the middle class couldnt give a fuck.

It is only when immigration begins to hit them in their pockets that we will see the simpering gutless areseholes of the middle class rise up and demand something is done about it.

These overpaid sefish ponces are the first to pontificate about their vacuuous liberal bullshit, as they are busy employing the immigrant slaves as nannies for their spoiit brats, as plumbers for their palatial homes and as gardeners in their designer residences.

It appears that the New Slavery is based on the middle class arseholes of this country using immigrants to do the jobs they wont do and that they refuse to pay a British person a decent wage for.

Then the liberal arseholes write to the papers and demand that they get their taxes cut so as to reduce benefits and force the working class poor back to work and to compete in a low skilled job market flooed with cheap, non-Unionised, low paid migrant labour.

Their is a name for such people - fucking arseholes.

Paxman your a fucking arsehole mate.
Posted by Defender of Liberty at 09:44

And there is a name for this article Lee:

My best friend and I have said this for ages. Those who go on about how good multiculturalism is at pretentious fucking dinner parties in their ivory towers quaffing champagne cocktails are very last people who live the horrors of this social experiment.

Your strongly written blunt article states the truth, a truth that needs to be spoken to all and sundry.

Keep this truth coming Lee, more and more Brits are waking up to it.