Radio 4 and The First Law Of Nationalism 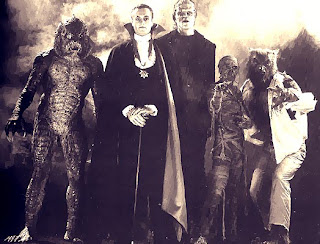 
Apparently there is an report on Radio 4 about the BNP soon.

This concerns allegations from the 'Monster Squad' with their allie John 'Three Houses' Crudass MP ( Labour goon and hypocrite ) about allegations concerning finances.

John Cruddas is the 'Mockney' who likes to go all 'yeah geeza, im right on wiv ya, my workin class bruvvas' whilst living in his nice palatial middle clss area and three houses.

Another twat like Billy Bragg to be exact, the Dagenham working class hero who lives in Devon.

The 'First Law Of Nationalism' is - If you work with the enemy, then you are the enemy.

Those that call themselves nationalists and work with the BBC to undermine Nationalist parties are traitorous filth.

They should be regarded as the inner enemy and excised from the movement.

They are stabbing Nationalists in the back whilst the BBC attacks us from the front.

The collection of saddos, freaks and congenital liars on this show are ;

Sadie Graham ( ringleader of the thieves )

This show is presented by one Fran Abrams, who is no doubt the BBC point person with Searchlight the Zionist front group. With her past journalistic career including the obligatory stint on The Guardian and the Independent then the next logical stop was to join the BBC.

Note that the BBC has never done any investigations into Respect or its links with Islamist extremists nor its recent split over its internal schism with Galloway and his cult of personality.

It appears that as long as the BBC Zionists are bashing the British and the BNP who represent the indigenous British, and not Muslims and their political parties like Respect who represent Sharia Socialism, then its acceptable to do so.

The BBC is run by a cabal of scum that are the enemies of the British people.

It is a vast overgrown monstrosity funded with an absurd tax on our TV's.

It is a relic of the Cold War that needs demolishing.

It is the main proponent and propagandist of the Liberal Consensus in British societ, and is therefore an enemy of the nation.

Its most unforgivable crime though, is that most of the shows its broadcasts are shit and boring.

Apart from nature programmes (which by their very nature cannot be politicised , though they try and pump out the climate change line to support Globalisation ) it churns out endless cop shows, hospital shows and endless PC trite rubbish.

Worse than that it pays morons like Jonathan Ross millions of pounds a year out of our license fees.

It sends its executives on round the world junkets and is a complete waste of public money.

Anyone that believes what the BBC says about the BNP, then you need to grow a brain.
Posted by Defender of Liberty at 05:43

Radio 4? At least the listener will get a decent sleep today.

Spot on about the beeb Lee. Infested with marxists and no doubt crawling with Common Purpose reptiles at senior level.

Our society is being anaesthetised by this organisation and as you say, the poeple are paying them for the privilige.

Eastenders. My God what a nightmare of a programme and to think many Brits are addicted to it. We have some job to do don't we?

Your a tosser Barnes - get a fucking job and stop scrounging off the state. Id rather give my tax dollars to a starving Ehtiopian than a cunt like you.

I'd rather listen to the BBC than to you, you piece of shit billy-no-mates.

You are a laughing stock Barnes, just a lonely third rate legal griffin-monkey.

After listening to File on 4 I have come to the conclusion that Adrian Davies isn't a Nationalist at all, he's a state puppet.

Seemingly without fear of repercussions he announced on the Radio that he attended an AR conference in the USA. Why would a lawyer risk a lucrative career by telling everybody he attended a conference for White Supremacists unless he was working for the state.

It's seems likely that the only reason he was there, was to report back on NG. He certainly spent a lot of time observing him as he was able to tell Radio 4 that American supporters were queuing up to give NG money.

The only contribution he makes to Stormfront is to continually attack the BNP or NG.

The fact that he defends Nationalists in court might just be a blind. It's not as if he ever wins any of their cases for them.

Nice one Lee. I hardly write on my blog because you virtually write what i'm thinking anyway.

Nice one Lee. I don't need to sound-off on a blog when you can do it - and better.