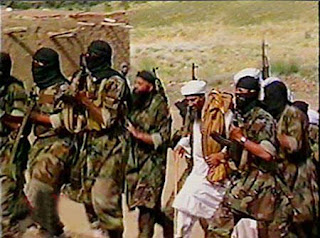 Interesting story in the Daily mail that the cops have discovered four police officers working as Al Qaeda spies in the Met. Yet they have not been sacked.

Police under the policy brought in by the corrupt politician David Blunkett are able to sack BNP members but not members of Muslim extremist groups.

The police are liars when they say they can sack muslim extremists from the police.

THE COPS STILL EMPLOY MUSLIMS EVEN THOUGH THEY SUSPECT THEM OF ASSISTING THE 7/7 AND 21/7 BOMBERS !

A recent case involving an idiot who was imprisoned for possessing replica fireams who was incidentally a BNP member got this quote from the police;

"If we were aware of anyone who was in Hizb ut-Tahrir I think we might pretty quickly conclude that was incompatible with being a police officer."

Superintendent Martin Mitchell, from Greenwich borough, southeast London, said: "Individuals like Hammond have no place within the Metropolitan police service.

"Where we identify those who are involved in criminality, or who have opinions that conflict with our intention to provide the best quality service to all communities, we will act quickly."

As long as the police officer is an ethnic then they wont get thrown out of the police force.

Look at Supt. Ali Dezai of the Met Police a thug who threatened to beat up and kill a woman he was having an affir with, who was suspected of passing information to Iranian spies and who was fiddling his expenses accounts.

He is going to be promoted next week because the arsehole Sir Ian Blair buckled under the pressure put on him by the racists in the Black Police Officers Association.

Up to eight police officers and civilian staff are suspected of links to extremist groups including Al Qaeda.

Some are even believed to have attended terror training camps in Pakistan or Afghanistan.

Their names feature on a secret list of alleged radicals said to be working in the Metropolitan and other forces.

Astonishingly, many of the alleged jihadists have not been sacked because - it is claimed - police do not have the "legal power" to dismiss them.

We can also reveal that one suspected jihadist officer working in the South East has been allowed to keep his job despite being caught circulating Internet images of beheadings and roadside bombings in Iraq.

He is said to have argued that he was trying to "enhance" debate about the war.

Instead, the staff who are under suspicion are unofficially barred from working in sensitive posts and are closely monitored. Political correctness is blamed for the decision not to sack them.

It is widely feared that "long-term" Al Qaeda sleepers are trying to infiltrate other public sector organisations in the UK.

In November last year, it was revealed that a leading member of an extremist Islamic group was working as a senior official at the Home Office.

MI5 has warned in the past that suspects with "strong links" to Osama Bin Laden's killers have tried to join the British security services and, in January, exiled radical Omar Bakri claimed that Islamic extremists were infiltrating the police and other public sector organisations.

Suspicions are growing that the gang behind the failed London bomb attacks could have received inside information about rescue procedures in the aftermath of an atrocity in the capital.

The Daily Mail can reveal that the second device parked near Haymarket was left at a designated "evacuation assembly point" where civilians and the emergency services would have gathered had the first bomb gone off.

Investigators are trying to establish whether the bombers knew the significance of the location.

Sources said it is unlikely that the Met is the only force which may have been infiltrated by Al Qaeda sympathisers.

Omar Altimimi, a failed asylum seeker jailed for nine years yesterday for hoarding manuals on how to carry out car bombings, had applied to work as a cleaner for the Greater Manchester force.

In a separate development, it is understood that a policeman was removed from his post after concerns about his conduct in the aftermath of a major anti-terrorist operation in the past two years.

For legal reasons, the Mail cannot reveal any more about the case.
Posted by Defender of Liberty at 00:37