The Secret Diary of Denise Garside - IQ 13 and a half 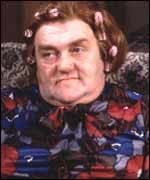 The Secret Diary of Denise Garside - IQ 13 and a half.

The fascist Nazis at Google are stopping my army of fans from visiting my blog so I have to directly assist the site by posting up all the anonymouse comments on the site mysef in order to get the blog ratings up. No-one will ever know that I am the only person posting all the comments on the site except you dear Stalin ( Blessed be his name), and my glorious diary of the revolution.

Got another e-mail from Sharon Ebanks. This time she is offering to sell us the story she has that the BNP is funded by MI5, CIA, Al Qaeda, Mossad and Marks and Spencers. She reckons she has real proof this time, not just a secret communication from the pixies via her fridge like last time. She says that Nick Griffin has built a secret tunnel from his farm in Wales to Serbia as he is planning to flee the country and claim asylum in Eastern Europe. She reckons her secret informer whose secret code name is The Scarecrow is sending her messages via carrier pigeon direct from his hideout on Nicks Farm. I think this time she might be telling the truth. I know the Scarecrow exists, he is a legend in nationalism. I think her last story that Nick Griffin served in the IDF when he was younger was a lie though. Everyone knows he was busy fighting Wonder Woman in New York. The nazi bastard.


I went to London to join the demo outside Parliament by the Jihadi Friends of Osama Bin Ladens Beard, a peaceful Islamist group who go paint balling a lot in Iraq and Pakistan and who do lots of exercise like Karate at their meetings, to demand Sharia law in the UK. After they greeted me with their traditional friendly greeting of spitting and rock throwing they threw a tea towel over my head and made me bring them cups of Marmite. It is great being with them as they really seem to love Stalin ( Blessed be his name). When they see the photograph of Stalin that I have stuck to the top of road traffic cone I wear on my head at the demonstration they all start laughing with joy at seeing the Great Leaders smiling face. The happy spitting gets a bit much though. I hate Marmite.

Went into the tube station and some fascist in a uniform at the tube station asked me for a ticket. I told him that men like him were guards at Auschwitz. He said he was from Nigeria and did not speak English very well and that he was only doing his job, but I knew really he was a Nazi.

After he and another two fascists guards from Poland and Jamaica threw me out of the tube station I had to walk to the demonstration. Fascists everywhere. Two fascist police pigs were arresting some poor ‘sun tanned’ ethnic man by the bus stop . He was screaming out in broken English to the fascist police pigs that he had found the three wallets and a handbag that they had pulled out of the false pocket of his jacket on the floor by the bus stop and that he was trying to return all their wallets and purses to the owners when he was arrested for running down the street.

Typical fascists. I started screaming ’Nazis, Nazis, Nazis ’ at them and ’ Stop them this is racist attack’ in my loudest voice and then I decided to do a sweaty back flop onto the struggling officers. I weigh nearly twenty stone and may ass crack is wide enough to park the front wheel of a Vespa in and they sure felt my fat ass hitting them. I was sitting on the face of the screaming ethnic who had passed out when the workers revolution almost began. A large crowd had gathered to watch us and with my revolutionary rhetoric setting the crowd afire, we were about to start the communist uprising that would have swept away the capitalist rulers until the pigs got me with pepper spray.

I rang Sister Fister of the Lancaster Black Panthers and she visited me at the concentration camp the fascists were holding me in. They were giving me endless cups of tea and doughnuts whilst a fascist Asian female doctor was in the cell with me tuning the TV picture in and feeding me Hob Nob biscuits in case I sprained my back and might sue them if I got out of bed wrong. The bloody mattress was WELL hard and the pillows lumpy.

This sort of racism is intolerable.

Seeing as I am in reality black even though I am White I always demand they list me as black in their files. The fascist and sexist pig who said I was a ’white woman’ the last time the I got arrested outside Boots the Chemist for demanding they ban products tested on vegetables, has now been sacked for racism I see. That will teach the racist pig. It was hell in the concentration camp.

I MISSED EASTENDERS AND CROSSROADS AS THE TV SET IN THE PRISON CELL COULD ONLY GET CHANNEL 4 AND BBC 2. And it wasn’t HD !

It is true what they say - War is hell !

Sister Fister is the CRE trained solicitor who runs the local Race Relations Council. All the pigs are scared of her as she is a black, lesbian lawyer and when she appears then the pigs just kiss her ass as they are all soooooooo scared of being called racist. They let us out within ten minutes and we urinated on the toilet seats in the mens pig bogs just to take the mickey out of the coppers then left for our meeting of the Lancaster Revolutionary Communist Lesbians Collective. All three of the Sisterhood were there. Sister Stalins Cod Piece and Sister Lenins Underpants were both drunk again on the bucket brewed potato vodka they cook up in their squat and threw up in the collection bucket. We raised half a chicken Korma curry and a tampon, which is a real boost to our funds.

We voted to demand that after the revolution all men must carry a sign saying ’ I want to Ovulate’ in public as a way to show solidarity with the Red Rag which is our own special flag that we fly at meetings. It represents the monthly menses. It is a flag shaped like a tampon and has a Bra and Boots on it representing the overthrow of traditional gender roles and that we women can wear big boots all the time after the revolution.

Yet again on my glorious blog of the revolution I have targeted the villainous fascist swine pig dog, running sore of the reactionaries Lee Barnes. I hate that fascist. He says I like paddling at the pink canoe and munching on the hairy carpet and other gross things like that on his vile blog. I don’t know what he means. I don’t go canoeing and I have fake pine strips instead of carpets in my bedsit so how can I munch at the hairy carpet !!!!! Bloody idiot !

Watched Wonder Woman on Bravo. Linda Carter is hot. If we had Wonder Woman in Lancaster Unity then we could take over the whole planet.

Get the placards ready boys !

Prayed to Marx and went to sleep. Dreamed about the Great Purges of Stalin (Blessed be his name). I saw all the hundred million men, women and children capitalist terrorists killed by the Socialists, Communists and Marxists in the 20th Century in all the Great Purges of criminals in endless rows of train carriages going into what looked like pearly gates in the sky whilst Stalin himself ( blessed be his name) was driving the train I was on and we were heading into a tunnel lit by flames where devils were roasting people over bonfires. I think it means that the world communist uprising is about to begin and we are going to take over the world !

P.S I hate John Wayne and Lee Barnes. Fascist pigs.
Posted by Defender of Liberty at 09:29

LOL, brilliant satire! And very true in a lot of ways.
I met a bunch of 'millitant feminists' up in Lancaster in the late '70's. All attired in dungarees, big boots and with cropped hair. Some of them were lesbians, and some were 'politically gender unspecified', but one thing they had in common were angry expressions and utter contempt for men. There was even a sub group called SCUM (Society for Cutting Up Men)I also met some CPGB members while I was there, scruffily clad thirty to forty somethings, who talked about the 'Glorious Revolution', yet spent all their time getting pissed in the pub.
Strange place Lancaster,indeed :-)