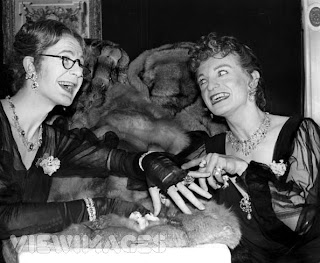 The BBC have announced their new comedy line up for the coming season.

After the success of the comedy duo Unhinged Hodge and Kirsty Bracket on a recent edition of Newnight, the BBC have decided to sack Lenny 'Didnt I Used To Be Funny' Henry and replace his show with a new version of Newsnight.

After the fantastic audience reaction to Unhinged Hodges new policy of 'cups of coffee with the peasants' as a way to make them behave, the BBC have decided to book Hodge for her own comedy stint on Newnight.

It will be called ' Hob Nobs with the Hoi Polloi' and feature Unhinged Hodge in her mansion with her butler and maid making cups of coffee for poor people whilst Kirsty interviews them about how it feels to be poor peasants.
Posted by Defender of Liberty at 12:21

i,m confused about this artical....when has lenny henry ever been funny ?????