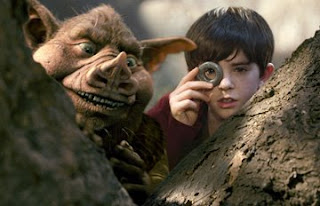 Image - Bob 'HogSqueal' Crow and his deputy at the Labour Party conference spying on the buffet to make sure no-one but Bob could eat all the pies. 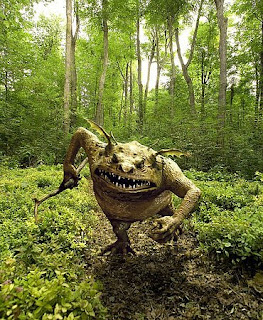 Image - Jon 'The Goblin' Gaunt on his way to the Newnight TV sudio from the hole in the ground he lives in.


Stayed up to watch Newnight last night as Nick was on it.

I blinked and missed his interview.

I guess the only way they can deal with real interviews is to edit them into a joke after they have finished. Thats Paxman and now Wark who have both tried to tame the Griffin and failed, so I guess that post-Interview editing is the basis of BBC journalism these days.

What a bunch of sad pussies the journalists in the BBC are.

The motto for the New BBC Journalism is ' We cant interview - So we Edit '.

Jon ' The Goblin ' Gaunt was also on the show.

What a rancid little verminous arse clinker that man is.

There he was shouting at the autism victim margaret Hodge about her oh so regal policy of 'giving the peasants cups of tea and chocolate biscuits' and blaming her for the countries ills.

Margaret Hodge the multi-millionaire is the Labour equivalent of Marie Antoinette, just that instead we get told to have cups of tea and eat choccy biscuits instead of eating cake.

Hey gaunt you fat little scuttling cockroach, its the paper that you work for - THE SUN - wot won it for Labour , remember - you hypocritical little turd.

There is the Goblin Gaunt banging on about the damage done by Labour when it is the paper that pays him an exorbitant wage for his infantile dribblings that got Labour into power.

How I laughed when he shouting about ' I am working Class' - no Goblin, you aint.

You now live in a very posh house in a very posh and very white part of the country with a very large wage and a very nice pension - you are about as working class as the millionaire Billy Bragg ( Bollinger Bolshevik) or Bob Crow ( Trade Union boss on about fifty grand a year with unlimited expense accounts paid for by the union).

You fat little prick you aint working class and nor was Bob HogSqueal who sat next to you looking like a toothless turnip with a migraine.

You and HogSqueal are both Smirking Class, the fake working class parasites in the media that are on wages and incomes that put them in the top 10 % of the population but who like to display their faux working class accents as their credentials.

What a pair of dicks.

Bob Hogsqueal though is an exceptional scumbag. Here is a man who bangs on about the working class yet who supports mass immigration tht takes the jobs and cuts the wages of the working class.

It is Bob and the rest of the Communist shit in this country who support mass immigration that have destroyed the lives of the Working Class.

1) the ethnics have Positive Discrimination laws to allow them to take better qualified indigenous working class applicants jobs even if they are less qualified than the white applicant,

2)they have Affirmative Action plans that allow them to go on specialised training schemes that get them fast tracked into their jobs and that give them unfair advantages over white indigenous applicants,

3)When they go to job interviews for jobs in public bodies those public bodies have a duty in law to have a certain percentage of workers who are from ethnic groups so they have a duty to choose them instead of white indigenous applicants,

5) even organisations like the Police have been found guilty in employment tribunals of racism against white applicants for jobs so as to get more ethnic in the police. Even the firebrigade refuse white applicants jobs to get ethnics in the service.

6) Even the BBC is running schemes to get more ethnic in the organisation. As if one twat like Lenny Henry wasnt enough.

It aint journalists like Kirsty Wark, radio presenters like the Goblin, Trade Union bosses like Hogsqueal, royalty like Margaret Hodge and Conservative party candidates like the black geezer on the show that are losing THEIR jobs to immigrants. They and their jobs are very nice and safe thank you very much.

Its a pity they didnt pick any real working class people to go on the show instead of the pseudo-working class puppets they did invite in.

They should have invited in brickies, scaffolders, plumbers and the unemployed and asked them to talk instead of the people they did invite in to talk.

Oh well, we all knew this BBC season was going to a load of patrionising bollocks put forward by the BBC as a way to take the piss out of the Indigenous English, Welsh, Scottish and Irish working class.

The idea that the BBC would EVER do anything for the British Indigenous Working Class is a joke, seeing as it run by a cabal of communists and the scions of media dynasties like Lew Grade.
Posted by Defender of Liberty at 00:48

Smirking Class. Classic. I rate this beside Drive-By Media and Vichy Cops/Politicians.

All the statements from the studio guests were founded in an implicit belief in Egalitarianism and the fungibility of humanity, despite this having been falsified in multiple scientific investigations employing logical deductions from the statistical analysis of empirical data. Are they wilfully ignorant, poorly read or simply duplicitous?

Agree with the article completely, it is bewildering why, when the electorate want clarity and truth, so-called politicians are afraid of open debate these days. Nick Griffin can hold his own in any debate; he is articulate and assured - that's why! Political parties of all colours are running scared of the BNP's appeal and so what do they do? Invite them in to debate issues? No! They record and edit interviews, and mainstream politicos refuse to be on the same, equal platform - it's rubbish; it's not free speech.
PS Margaret Hodge was very lame with her chocolate biscuits and a cup of tea - the electorate are not stupid and naive - as a Carry On film might have put it: The English Are Revolting!

Excellent Stuff Lee. I would love to tell Bob 'HogSqueal' Crow and Jon 'The Goblin' Gaunt, what a pair of c@nts they really are, but you don't get your views aired or published under todays state-controlled media.

By your definition I'm middle class but I grew up in Brixton and can see that mass immigration has done terrible damage to the indiginous people of this country of which I count myself one.

I am proud to be a BNP member.

Agree with your post on the BBC, they are not trying to give the english working class a voice they are merely gloating over what they see as their victory.