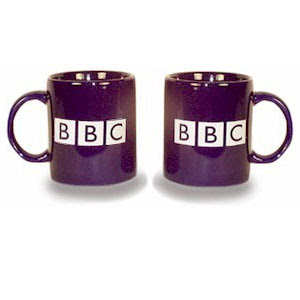 Image - This is not Andrew Marr though it does look like him. These are BBC mugs and there are plenty of those in the BBC.

The BBC 'White Season' of films is as usual nothing but a con.

The 'White British Working Class' terminology that the BBC are supposedly seeking to represent in this documentary series do not exist - this is because the term 'white british' applies to EVERY white person in the country - from Poles to Lithuanians to Russians and Germans.

In this country there are ;

1) The Indigenous British who are Indigenous English, Welsh, Irish and Scottish and a mixture of all of them

2) Assimilated White British who are not indigenous but British in culture, values and way of life and who love Britain eg Poles who have taken on British citizenship

3) Assimilated Non-White British who are not indigenous but British in culture, values and way of life and who love Britain eg Jamaican Christians who have taken up British citizenship after being raised in the British Commonwealth

4) and then the rest of the people in this country who are neither assimilated nor British though they may possess little bits of paper called passports that say they are British but that are in fact passports for colonists to colonise our country in the name of Political Correctness and Multi-Culturalism. They are colonists not British Citizens.

We repudiate the nonsense of a catergory of White British as genocidal, racist claptrap designed to ensure the indigenous people of Britain are deined their right to exist as recognised ethnic communities.

If we accept the term White British as legitimate then we accept the CRE definition of the law that everyone who is white can be British and that the interests of the Indigenous English, Welsh, Irish and Scots as racial, ethnic and national groups do not need to be taken into consideration.

The BBC and the government demand that all other racial and ethnic groups that they are taught about their specific ethnic culture, history and identity - but this is denied for the Indigenous English, Welsh, Scots and Irish.

They are fed PC pap about mass immigration and Britishness.

We demand that the White English Indigenous Children of Britain ( and the White Indigenous Welsh, Irish and Scottish children) are taught their ethnic history, not PC crap.

Instead of being taught about who we are, instead we are being fed some bullshit 'inclusive' definition of White British by the BBC that seeks to replace the narratives of our indigenous histories as English, Welsh, Irish and Scots with one that includes the story of all those non-British peoples that have entered the country.

This is why the series is about White British and ot about the Indigenous British.

A White British identity means nothing - it merely denies English, Welsh, Scots and Irish children their unique ethnic community status, cultures and history and allows the BBC to replace their identities with a bogus PC version of Britishness that includes Poles, Russian etc etc just because they are white.

The notion of the White British means that the BBC can impose Positive Discrimination policies for ethnics as they do not have to investigate whether the interests of the English, Welsh, Scottish and Irish in the BBC are being met. Seeing as the English are not even mentiond on census and race forms then how can their interests as a community be met - until we are recognised as existing then our interests are denied and forgotten.

The fact that all Whites are lumped together into the racist definition of White British is in itself racist - just as is the concept of Black British. They both imply that the only thing that matters for the group is skin colour and that the various national and ethnic differences between the members of those groups are irrelevant.

Under the racist blanket terms like White British then the rights of the Indigenous English and even their status as existing is denied.

1) The interests of the Indigenous English, Welsh, Scots and Irish need not be considered

Using the definition of White British means that the mass migration of Poles into the UK over recent years means that this is now part of our historical narrative as regards PC Britishness - and not what it should be regarded as which is an economic invasion.

The phrase White British means that as soon as those Poles in Britain apply for a passport then hey presto they become White British.

Whilst Poles can get passports to call themselves British, the Indigenous English, Welsh, Irish and Scots cannot get their status as Indigenous Britons stamped on their passports.

The law as it stands recognises the existence of the English as a National, Ethnic Group and a racial group but does not give us any protection under the race relations acts and laws as regards our civil and social and legal rights - and we therefore demand the recognition of the Indigenous English, Indigenous Welsh, Indigenous Irish and Indigenous Scottish people as RACIAL, ETHNIC and NATIONAL groups under the terms of the Race Relations Act in the UK and that we be recognised as existing both in law and in practice.

Though Poles and Russians may become British Citizens through marriage and assmiliation, the fact remains that Poles, though white, are NOT indigenous British.

If all of Poland entered the UK and the whole of Britain moved to Poland then under the BBC and CRE definition of White British - the Poles would become British and the British become Poles. This is of course a nonsensical and almost genocidal position.

If this is done the indigenous British peoples would come under the full protection of the Race Relations Acts.

The term white british is a term recognised by the CRE as covring all those who are white in Britain, and this means it is not related in any way to the interests of the indigenous communities of this country.

This is why the British National Party Constitution was changed in order to define the indigenous British as the indigenous English, Welsh, Scottish and Irish peoples of our Islands.

Mass immigration has primarily impacted on England and not Wales, Ireland or Scotland and not on the White British.

2) That the law gives full rights to the members of those indigenous ethnic, racial and national groups under the Race Relations Act

5) That the indigenous status of the Indigenous English, Welsh, Irish and Scots be recognised in British and International law.

6) That the Indigenous English, Welsh, Irish and Scots be taught their own culture, history and identity in schools and not fed a PC version of fake Britishness.

7) That the term White British be used to describe in law only those who are of non-indigenous backgrounds, who are white and who have fully assimilated into Britain and British culture and who have been given British Passports

Assimilation means respecting the fact that in Britain the British people make our laws, our culture comes first and that our way of life takes precedence over all others and that people either assimilate into our country and obey our laws and ways or they leave.

Those people from the Old Commonwealth who are Black, Christian and British by culture have been sold out by the cult of political correctnesss and multi-culturalism. They have seen Britain abandon all those virtues that they came here for in the first place.

They have seen the indigenous British traitors amongst us and their alien allies surrender our country, liberties and culture to multi-culturalism, the US, UN and the EU and have seen the loss and abandonment of our British culture and Identity.

The BNP represent not only the Indigenous British Peoples but also all those that put BRITAIN FIRST and BRITISH CULTURE FIRST regardless of their race, colour or creed.

Those that respect and love Britain and British culture are our allies and friends regardless of their race, colour or creed, but those who are of our own blood and who have betrayed us are our enemies.

Those who do not assimilate are colonists and colonisers NOT BRITISH CITIZENS !
Posted by Defender of Liberty at 04:08

What about Manxmen, Channel Islanders etc?

Why not indigenous British?

1) INDIGENOUS BRITISH is the definition of our British state Nationality if you are from one of the indigenous ethnic groups of Britain. Seeing as England as a separate state nor scotland exist as states, then our nationality is British.

2) INDIGENOUS ETHNICITY is our ethnicity within the British state.
eg English


What is in the manifesto is poliy, this is comment.

When it goes into the manifesto then it becomes policy.

So, if it's not policy why do you head it "Our Demands" ?

2) To get comments on it

As it is the policy is this already, though not made clear in a way that is easy to remember - this is.


As it is the policy is this already, though not made clear in a way that is easy to remember - this is.

Would a Jamaican born Afro Carribean be described as Black Jamaican? They are African race and they use that description. I'm Black British but don't call myself Afro British because of my African roots. If I go to live in China for a hundred years will that make me Chinese? What was the question again?