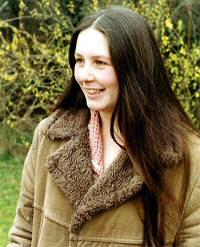 Image - Rachel Whitear. From the above to this ; 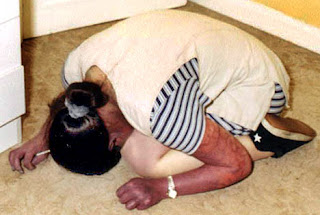 For most of the Middle Class in Britain the issue of immigration is a distant one, the only time it ever hits will be when their kids leave university and try and get jobs in a job market increasingly dominated by Affirmative Action plans and Positive Discrimination.

But for a lot of middle class parents the issue of drugs is the one that will connect most to them and their families.

Heroin is not produced in Europe, it is produced mainly in Afghanistan and processed in Pakistan and shipped into Britain via Albania or Turkey.

All of the nations that are growing and importing the majority of heroin into Britain are Muslim nations.

This is because the primary weapon in the Jihad today is heroin.

It is heroin that funds the Jihad and pays for the weapons used by the Taliban and that is subsidising the Jihad in the UK.

The majority of heroin imported into the UK is smuggled in by Pakistani, Albanian and Turkish immigrant gangs.

Whilst oil money allows the Saudi Arabian elite to subsidise the spread of Wahabbism in Europe and the UK, it is heroin that funds the terrorists like the KLA and the jihadists in the UK.

Their is a direct link between immigrants and drugs in the UK.

The more that immigrants enter the country, the higher the rates of drug importation and use rise.

This is because those communities that are addicts, such as the 2 million heroin addicts in Pakistan which is the world highest after Iran, bring their drug habits with them when they enter the country. Others pick up 'Holiday Habits' when they visit those countries and then need to use drugs when back in the UK.

Then because they need the drugs and have the contacts to get the drugs in their own countries, they then set up drug smuggling networks into the UK.

The link between immigrants and crime and immigrnnats and drugs is clear.

If we did not have so many immigrants in the country we would have hardly any drug problems.

The more immigrants enter the country the more our drug problems rise.

Immigrants gangs are the primary threat to social order in the UK as admitted by the Police ;


What made me laugh in the Nick interview on Newsnight last night was that stupid bitch Kirsty wark getting all het up when Nick told her about the link between heroin and Asian Muslims in Pakistan - heres a BBC article that confirms Nick was right and that the BBC even did a report on the same thing in 2003 ;

A BBC investigation has uncovered disturbing evidence that Asian criminals are actively seeking to corner the heroin market in Britain.


em>At the end of 2005, the Home Office hosted the Drug Intervention Programme: Race & Diversity Conference, convened just before the formation of a specific Dip Race & Diversity Strategy. Drug use in BME communities has risen dramatically over the last decade.

In 2001, White described heroin use amongst the Bengali community as a “mini-epidemic”.

According to the 2001 census, the London borough of Tower Hamlets has a population of about 70,000 people who refer to themselves as Bangladeshi – and the Tower
Hamlets community drugs team states that 45% of the treatment population are Bangladeshi.


As part of the general context it should also be noted that for some years rumours had circulated, and still persist, that Bradford was a centre for importation and 'wholesale' heroin dealing in Britain. Moreover, that Bradford's Pakistani community was the focus of this alleged activity. It is certainly true that the early impetus of the 1980s heroin epidemic had been fuelled by the arrival of so-called 'brown' heroin in cheap and plentiful supply from Iran, Afghanistan and Pakistan. Some of the earliest signs of this development were to be found in London where street prices fell by something like 25 per cent between 1980 and 1983 as the availability of heroin from the so-called 'Golden Crescent' of South West Asia overtook that from the opium-growing districts of the 'Golden Triangle' of South East Asia which had formerly been the dominant centre of the global heroin economy (Lewis et al., 1985; Ashraf, 1986).


Smackheadh shit like Peter Doherty are subsidising the Glbal Jihad with their addictions.

Every time that junkie filth fills a syringe with cheap brown heroin from Pakistan and injects it into his vein he is loading a clip of bullets into an AK47 that is targeting British troops in Iraq and Afghanistan.

Every smack head in this country is traitor and an enemy of the Nation.

Their addictions feed the Jihad and fund the terrorists.

Every junkie addict or another dead junkie is another victory for the Islamists.
Posted by Defender of Liberty at 06:22

Lee, thanks for this information

I felt a bit sorry for Kirsty.

Imagine the shock-horror of any BBC reporter at being told the truth about 'multi-culti-ism' to their face, as Nick did.

Then she had the excruciating experience of having to state categorically on live BBC television that the BNP was legal and entitled to express views.

She probably still hasn't got over the experience. Must have been as fraught for her as for a patient in an episoode of Casualty, and for real.