Another Jew on the Supreme Court but Zero WASP's 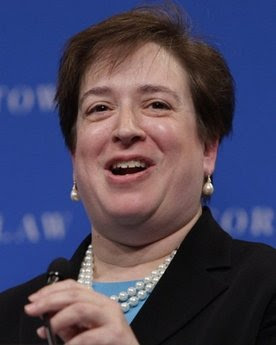 
With the appointment By obama of the lesbian Judge Kagan, four of the nine Supreme Court judges will be Jews.

That's 44.4% of the Supreme Court for a minority group consisting of less than 2% of the population.

Guess who struck out the law suits relating to Obama's eligibility to be President - yep, Judge Kagan.

The Far Left and Liberals love to bang on about the case where the Judges upheld George Bush's election, but note their silence over Kagan striking out Obamas eligibility law suits ;

Joe Kovacs of WorldNetDaily reports on August 4, 2010, that:

“the same Elena Kagan nominated by the commander in chief to be the next justice on the U.S. Supreme Court has actually been playing a role for some time in the dispute over whether Obama is legally qualified to be in the White House.

Here’s the connection. Kagan served as solicitor general of the United States from March 2009 until May of this year. In that role, she legally represented the U.S. government in numerous cases coming before the Supreme Court. A simple search of the high court’s own website reveals Kagan’s name coming up at least nine times on dockets involving Obama eligibility issues.

Clicking on any of the dockets reveals who the original petitioners were, as well as what proceedings and orders were issued in each case. Here’s another docket, with Jamal Kiyemba v. Barack H. Obama.

The fact Kagan handled these cases and is now Obama’s first choice for the high court is raising some eyebrows. “She was the solicitor general for all the suits against him filed with the Supreme Court to show proof of natural-born citizenship,” notes WND reader Carl Jorgensen of Farmingdale, N.J. “He owes her big time. All of the requests were denied of course,” Jorgensen continued. “They were never heard. It just keeps getting deeper and deeper, doesn’t it? The American people mean nothing any longer. It’s all about payback time for those that compromised themselves to elect someone that really has no true right to even be there. We should be getting so sick of all of this nonsense. The USA has finally become the laughing stock of the world. God help and deliver us.”

Oh the joys of diversity.