The Stupidity and Cowardice of ACPO and May 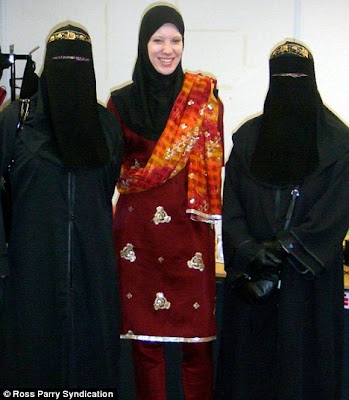 The police in this country are led by total morons.

The images above are real British coppers.

Even the liberals realise the ACPO coppers are morons as the article below reveals.


The Home Secretary should lift the ban on marches in Bradford this weekend or risk making protesters more radical, according to a think-tank.

Banning protests by extremist groups is an ineffective way of combating their ideology, Demos said.

The warning comes as police in the West Yorkshire city prepares for clashes between the English Defence League (EDL) and Unite Against Fascism this weekend, despite Home Secretary Theresa May authorising a blanket ban on marches in the city.

Jamie Bartlett, a researcher at Demos, said banning the march "could push members of the English Defence League into more radical groups like Combat 18 or the Racial Volunteer Force".

He said: "Far from being destructive, protest can be an important outlet for that anger and frustration that could tip into violence and helps people to feel a sense of belonging to the society in which they live.

"The Government should show that being radical or extreme is acceptable in an open and free society like the UK. The same rules must apply to everyone, whether they are radical Islamist groups or the English Defence League.

"Preventing non-violent protest means others do not have the chance to counter-protest and demonstrate the strength of opinion against them. There may be some clashes and serious disagreement but this is part of living in a liberal society."

The far-right group planned to march through Bradford on Saturday, while Unite Against Fascism has organised a counter-protest in the city on the same day.

But the Home Secretary authorised a blanket ban on marches in the city last week following a request by West Yorkshire chief constable Sir Norman Bettison, who said he made the request because of the "understandable concerns of the community".

Police and council chiefs welcomed the ban but said static demonstrations may still go ahead.

I'm very disappointed that no Nationalist group has planned anything in London on the Bank holiday.
It seems every Tom, Dick and Harry will have somewhere to go accept the British.
Can someone please organise something for next year.