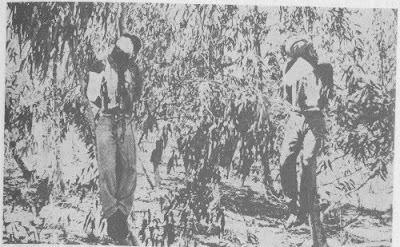 Image - British Intelligence Corps NCOs, Sergeant Clifford Martin and Sergeant Mervyn Paic murdered by the Jewish Irgun terrorist group then their bodies booby trapped with grenades so as to kill any British soldiers who tried to cut them down and bury them. Not even the Islamists have been as barbaric as the Irgun Zionist scum were. The bodies of dead British soldiers in Iraq and Afghanistan have not ever suffered such foul indignities at the hands of the Islamists as these two poor brave soldiers experienced at the hands of the Zionists.

Israel has never extradited any Zionist terrorists in the Irgun or Stern Gang terrorist groups to face trial for killing British soldiers, nor has Israel ever tried or convicted any of the killers of British soldiers. 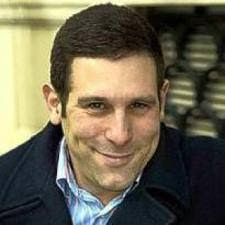 
Unfortunately seeing as David T who runs the site ( one of Britains most prominent Jews dontcha know what, what ) has banned me from commenting and deleted the comments I made on the site heres my response to the Zionist knuckle dragging moron ;


1) The article by Reconquista on the Green Arrow where he states proudly ' I am a Zionist' is one of the most pathetic, disgraceful and sickening articles I have ever read from a 'British Nationalist'.

The BNP supports the right of Israel to exist as a nation as we are nationalists.

Zionism is not nationalism.

Zionism is an imperialist, militaristic and racist ideology that seeks to usurp the national political processes of nations around the world so that they serve the interests of Zionism - from the Conservative Friends of Israel and the Labour Party in the UK to AIPAC in the US.

For any British Nationalist to call themselves a Zionist is sickening.

Such fools forget the King David Bombing and the terrorism of Irgun and the Stern Gang that murdered hundreds of British soldiers in Palestine.

Such people have no place in the BNP or British Nationalism.

2) Oh and can anyone on the Harrys Place site explain how Zionism = Jews when the most ardent Zionists on the planet are gentile, non-Jewish Christian Fundamentalists like George Bush and Tony Blair ?

The old chestnut that Zionism = Jews is simply propaganda for those stupid enough to believe it.

The most ardent anti-Zionists on the planet are those like Noam Chomsky, Norman Finkelstein, Gerald Kaufman and Gilad Atzmon.

They are all Jews.

No doubt the old slur that they are 'self hating Jews' will be used to denigrate them - even though this slur is based on the premise that all jews must have a Jewish racial consciousness that puts the interests of Jews as a community before all other considerations if they are to be truly Jewish - which is exactly the same racism that the Nazis stood for.


3) Zionists are not nationalists.

Zionists say Israel has a right to have nuclear weapons, but that Iran doesnt and that the US and Israel must bomb Iran in order to prevent it getting nuclear weapons.

That is sickening cant and hypocrisy.

4) How are the EDL 'racists' for opposing Islamism, when Islam is a religion and not a race ?

Doesnt make sense does it, as thats just another media lie for the idiots to believe.

Is it because David T and Edmund Standing believe like the Nazis that all 'true' Jews should have a Jewish racial consciousness that requires them to promote the interests of the Jewish community and Israel before all other communities ?

Posted by Defender of Liberty at 07:44

Excellent article. I would like to comment on point 1 (Reconquista on the Green Arrow ). I totally agree it is sickening when British nationalists declare themselves either by word or deed as Zionists. It is grotesque. I too read that article with consternation, as the author is a very capable chap and thus I had assumed more intelligence from him on the matter.

A British natoinalist confers no special rights upon Israel above those of any other nation. A British nationalist heart and soul lies singuarly with Britain.

You cannot be both a British nationalist and a Zionist. It does not make sense. It is an oxymoron of the highest order.

There is no place in the BNP for anyone who calls themself a Zionist. It is sick, it is traitorous.

I wholeheartedly agree, and indeed there are many in the party who are "using British nationalism to serve Zionism" as Andraste puts it. It is completely to be expected that Israel would even employ Zionists to infiltrate and subvert British nationalism. One thing worth mentioning to any of the more naive Pro Israel/Zionist BNP supporters is that the Jews believe in inherited guilt and that if they think any of us are descendants of the Crusaders who killed Jews that is something they still hold against us today. This tribe also believes in taking a thousand eyes for an eye - so we should proceed with caution.