At long last the mystery of the vanishing gay biker member of the 1970's super group The Village People has been discovered.

After leaving the band he changed his name to Sir Norman Bettison, then came to England, joined the police and rose through the ranks to become the chief constable of West Yorkshire police.

What a fantastic career change, from a gay icon to a top copper.

But what gave the game away as to his real identity was his ongoing penchant for sinister black uniforms, nice hats and a big gay biker moustache.

Check for yourself the pictures.

Well done to Sir Norman for staying true to his gay power credentials and ensuring the police in the 21st century reflect the diversity of British society today by having a gay biker as a true police role model. 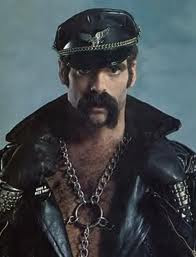 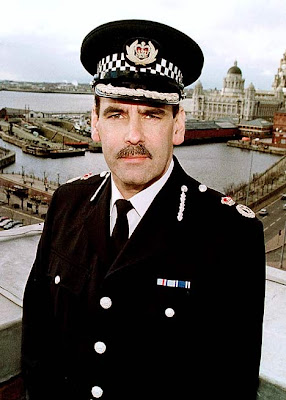 
A chief constable has told his staff to monitor online encyclopedia Wikipedia - to stop its users posting rude comments about him.

Sir Norman Bettison took exception to being described as a "greedy, vain moron" on the online encyclopaedia, according to Police Review magazine.

The 52-year-old chief constable of West Yorkshire - favourite to succeed Sir Ian Blair as head of the Met - has ordered employees to check for changes often.

Posted by Defender of Liberty at 02:23