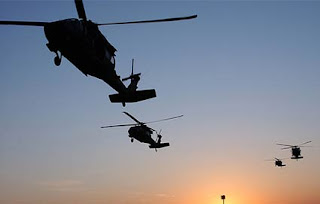 I saw Alex Jones ' 911 The Road To Tyranny' today - what a great film. Everyone should watch it. It inspired me to write the following short story ;


The two prison officers, one black and one white on either side of the stretcher, pushed the metal stretcher into the room then turned abruptly with ex-military precision and left. The large plastic clock above the door read 07.35 am.

As the door clicked shut behind the retreating correctional officers he walked over to the door and locked it. He reaches into the right hand side pockets of his blue holspital scrubs and takes out a small, long oral examination torch. Quickly he unscrews the torch into two sections, the bulb and the barrel, and in the body of the torch where the batteries should be he withdraws a plastic capsule about seven inches long. He slides the lock off the capsule with his thumb and opens the capsule. Inside is the barrel of hypodermic syringe filled with a pale blue liquid and a long thin needle about six inches long.

He fits the needle into the barrel and then walks quickly over to the corpse laying on the stretcher.

The body of a thin, white male in his early thirties around six feet tall dressed in orange overalls lays on the stretcher, leather straps tied across its knees and upper chest. He undoes the leather chest strap and with a pair of razor sharp scissors quickly cuts away the orange overalls and exposes the cadavers bare chest. On the right wrist of the body is a prison identification band. He also cuts this away from the corpse and places it in his scrubs left hand side pocket.

He rests his left hand on the upper abdomen of the body and with his right hand he pushes the needle expertly through the skin, muscle and gristle until the tip of the needle enters the dead heart. Gently he pushes the plunger down and pumps the pale blue liquid in the tube into the meat of the organ.

Then he swiftly withdraws the needle from the heart, through the flesh of the chest, and then places the syringe in a silver metal kidney dish on a trolley by the side of the stretcher. Reaching down to the trolley he opens the main trolley compartment doors and withdraws two paddles attached by cables to a small portable defibrilator.

He looks up. The clock says 07.39. He has to hurry, the antidote will only work as long as the tissue damage to the heart has not gone too far. The Sodium thiopental, which triggers unconsciousness is not the problem, it is the Pancuronium bromide which stops breathing by paralyzing the diaphragm and lungs which is the primary problem regarding rescuscitation. The Potassium chloride which stopped the heart is countered by the andrenaline in the shot, but the pancuronium bromide remains in the tissues and must be flushed out of the circulatory system. Unless the heart is reactivated within forty minutes of clinical death then the circulatory system will not recover sufficient internal blood pressure in time to flush it from the system and the body will crash again into permanent cardiac arrest.

With his right hand he flicks the defibrilator power switch on, and the machine hums to itself as the internal charge builds up.

The body lays pale and cold before him, the vital spark of life fled from its youthful limbs. Its eyes are wide open and cold clear blue pupils gaze blindly into the infinite distance of death. A rictus is set upon its face, its lips forming either a final mocking smile or a defiant snarl.

He places the paddles on the chest of the corpse and fires a massive electrical pulse direct into the heart. The body rises and jerks forward in the air as the electrical charge contracts the chest muscles, then smashes it back down again onto the stretcher.

Walking over to the other side of the prison room where a large metal coffin case sits upon another metal stretcher, he opens the coffin lid and lifts out the hand of a white male corpse within. He takes the identity band from out of his left hand pocket and places it around the right wrist of the body in the coffin. Then he pulls a small tube of superglue from his trouser pocket and glues the tag back together again. He places the hand back in the box and then shuts the lid.

Behind him a sudden explosive cough shatters the silence. He turns and sees the body convulsing violently on the stretcher. The eyes are rolled back deep into their sockets and deep breaths are being drawn agonisingly into the once deflated and dead lungs. The newly revived corpse falls back onto the stretcher, lays still for a moment then opens its badly bloodshot eyes. Burst blood vessels form a network of red veins that criss cross the clear blue pupils and a tendril of spittle oozes from the left hand side of the mans mouth. The once pale skin was beginning to flush with a pink blush.

He walks over gently strokes the forehead of the man on the stretcher and then with a tissue wipes away the drool from his chin.

" Welcome back Tim " he says with a deep working class Chicago accent, " Didnt I tell you the FBI always keeps it word ".

Timothy McVeigh looks up at him and a painful smile forms delicately upon the corners of his mouth.

The man leans over and whispers into his right ear, "Now begins the rest of your new life ".

Posted by Defender of Liberty at 08:05

Alex Jones is nothing but a fearmongering lunatic. If following a ranting American nutjob is the future of British nationalism, count me out. The fool thinks Muslims were not responsible for 9/11, 7/7, Madrid, etc. He's an idiot who panders to Muslims and hates the West. See how often he promotes Press TV, the lunatic Holocaust denying channel of the Iranian regime, for example. Disgusting. You're being conned big time.

I'll admit that there is a bit of fearmongering but most of what Alex Jones is saying can be verified. I've yet to see him try to appease anyone, and he loves his country wich is the reason he's doing all this.

Have you even watched the movie Lee is talking about?
If not then perhaps you should.

I doubt that the findings of 9/11 are questionable in any way. People such as Alex Jones aren't "mainstream" for a reason.

watch the video with the google link - there is enough in that film to get you thinking regardless ofwhat you think of 911.

The film of US troops occupying small american towns, rounding up civilians and seizing thir guns before taking them to FEMA conentration camps whilst foreign troops working with the US troops rampage in the streets using live rounds to blow up buildings is enough to warn you what the government is planning next.

Anonymous, it wasn't so long ago that I thought the same as you. Unfortunately it's you who's being conned. Islam is the deadliest of all the false man made religions that are being manipulated to foster discord and division. Just because Muslims weren't directly responsible for 911 doesn't make large numbers of them any less dangerous. That said we need to be very careful of swallowing whole the 'clash of civilisations' that's being played out. It's yet another of a long line of 'false flag' operations played out the master manipulators of the New World Order agenda. Do some research and you'd be shocked to the core as to what's really going on. Mass immigration and multiculturism, the bane of all Nationalists, are just two of the tools being used to bring about the One World Government. Once you understand what's going on so much of what's happening today makes more sense. There are some truly evil and satanic people at work in the world today.

Alex Jones is doing some excellent stuff. Now here's the real shocker, David Icke is not the lunatic he's made out to be. I'll say no more other than to ask you, and anyone else interested in finding out about the bigger picture to watch the video linked to below. It's a speech he made during the David Davies/42 days detention election. It's an introduction to Icke's general thesis as well as asking some important questions about what was really going on with that election. If you do watch it you'll be pleased you did.

Islam did not commit 911, Islamists did.

If Alex Jones said that muslims were not flying the planes then he is wrong - they were.

The 911 attacks were managed attacks, in that they were planned by the Shadow Government with Osama Bin Laden and perpetrated by fanatical muslims who were under the orders of Osama Bin laden.

I watched the david icke video and it was excellent, he is a great speaker.