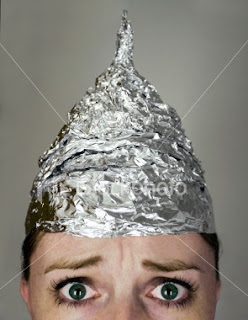 I was sent a copy of this e mail below which has been sent to all five members of Lancaster Unity including Ketlans inflatable doll girlfriend and Denise Garfields deflated and suicidal plastic girlfriend.

" Amazing technological breakthrough from the same people that bring you the Lancaster Unity blog shite.

Do you like us see the evil and dastardly Lee Barnes all around you all the time and all over the internet ?

Do you like us visit Lee Barnes's blog and Stormfront more often than you should ?

YOU TOO CAN FIGHT BACK AGAINST THE EVIL ONE !

You will no longer have to tolerate his evil presence being in your mind at all times and he will no longer be able to appear at will in your gardens, your fridges and even in your curdled yoghurts.

Our chief scientist Ketlan Tossoffski has developed our patented ' Stop Lee Barnes Brain Wave Attacks Helmet' and we can now offer this fantastic product for sale.

At the moment Lee Barnes is able to appear at will anywhere in the world, fly without his underpants outside his trousers, neuter small pets with a mere glance and also to post under ten names on stormfront at least a hundred times a day.

He is also able to organise the entire forces of evil on the planet, adminster the dark realms of hell and control fire, floods, famine, war and disease.

When you wear the patented 'Stop Lee Barnes Brain Wave Attacks Helmet' not only will the remote sensing attacks from Lee Barnes stop but you will also appear to be a futuristic raver who has popped a few too many disco biscuits in the eighties.

You thought you could never look as cool as Ketlan Tossoffski but now you can !

The helmet is a bargain at £150 and all cheques must be made payable to ' The UK Zionist Network' and sent to ' The Guard, The Secure Mental Health Suite, Lancaster Hospital, Lancaster'.

The helmet is also guaranteed to stop attacks from vampires, sharks and daleks.

Here are a few testimonials from satisified customers ;

" I used to wake up, inject smack and then see Lee Barnes running around my bedsit in red underpants singing the Birdy Song, but since I bought the amazing ' Stop the Lee Barnes Brain Wave Attack Helmet' I feel great - Pete Doherty, part time talentless singer and full time junkie.


" When I ran London then Lee Barnes would appear in my office with the legions of hell and threaten to spank me on my bare buttocks with a giant banana but since I bought the amazing 'Stop Lee Barnes Brain Wave Attack Helmet' he no longer appears and even Boris Johnson no longer speaks to me through the TV in Urdu ! " - Ken Livingstone, Ex- Communist and full time alcoholic.


" I am cured ! " - Dracula, lord of the undead and distant relation of Lee Barnes


" This product should be banned as it is racist " - Stavros, Leader of the Daleks

Like an idiot I fell for the Communist hype and brought one (well, two actually, one for my imaginary friend, Roland).

Now I'm seeing TWICE as many Lee Barnes on the internet.

I'm even seeing his image on my Weetabix packet in the morning, on the bog roll when I wipe my arse, and even seeing simulcra images of the bloody man in the clouds.

I am now booking myself in to the bed next to Ketlan in the secure mental institute in Lancaster.

Thank YOU very much.

Sorry to hear about that Mr.Potter,

please contact and denise and ketlan after their medication eases off and they are no longer licking the windows in the isolation unit of Lancaster Hospital.

I blame those dodgy E's that Ketlan sold to the Lancaster Unity team in 1992 - one minute they were all gurning away a good 'un to Ebenezer Goode by The Shamen in a disco in Tel Aviv and the next they all come to Britain and think they are heroes of the Marxist world revolution !

The motto of LU is - Window Lickers Of The World Unite, you have nothing to lose but your lithium.

You could devise a trademark, Lee, after the style of 'Kilroy was here,' e.g. 'DoL was here.'

So that they find ghostly stickers with this logo on their pcs, desks and filing cabinets when they open up the LU offices in the morning, or see it on sinister-looking helium-filled balloons floating past the windows.

If you could circulate e-copies to them, that would be a master stroke.

"I blame those dodgy E's that Ketlan sold to the Lancaster Unity team in 1992 - one minute they were all gurning away a good 'un to Ebenezer Goode by The Shamen in a disco in Tel Aviv and the next they all come to Britain and think they are heroes of the Marxist world revolution !"

I loved this line Defender! I haven't stopped laughing at imagining the image of the LU team crackin'away on E's in a Tel Aviv disco!

Thanks to your humour I am now slowly recovering from my bad experience with the 'Stop the Lee Barnes Brain Wave Attacks Helmet', although that Ketlan has been poppin' me a few E's when the nurses aren't looking.

Must dash Lee - I've got my Lithium pill soon.

PS I think Ketlan's planning a break-out with that lesbo Garside. To be honest I think he and Garside have been watching too much Jack Nicholson in 'One Flew Over the Cuckoo's Nest' - though I prefer 'The Shining' when Nicholson gets that lovely shining new axe and begins chopping away...nurse, give me my lithium before I go mental and start on Ketland and Garside...nurse...nurse...!